Genres: action, science fiction
Themes: mecha
Objectionable content: None
Plot Summary: Creating a robotic boy in the image of his recently deceased son Tobio, Professor Tenma thought nothing could go wrong now that his beloved child had been “reborn”… that is, until he comes to realize that this invention could never replace his son. Before long, however, the robot is kidnapped and spirited away to a robot circus in America, where he is soon rescued by Dr. Ochanomizu, and taken into his care. Tobio is given the new name Tetsuwan Atom, and transforms into Japan’s crime-fighting hero, although his anti-violent pacifist views and overall childlike naivety tend to clash with his battles often.
Number of episodes: 52
Vintage: 1980-10-01 to 1981-12-23

Genres: action, science fiction
Themes: androids, mecha
Objectionable content: None
Plot Summary: Astro is a robotic boy that possesses super human powers and an artificial intelligence system that is unparalleled to any robot. His creator, Dr. Tenma, created him to replace his late son, Tovio. Dr. Tenma soon destroys his laboratory, after the creation of Astro, and shuts down Astro. Soon after, Dr. O’Shay, the head of the Ministry of Science revives Astro, and tries to give him a normal life as a 6th grade student that helps the police agency keep renegade robots and bigot humans from causing harm. Astro faces extreme racism for being a robot, and he must discover the truth about his creator Dr. Tenma.
Number of episodes: 50
Vintage: 2003-04-06 to 2004-03-28 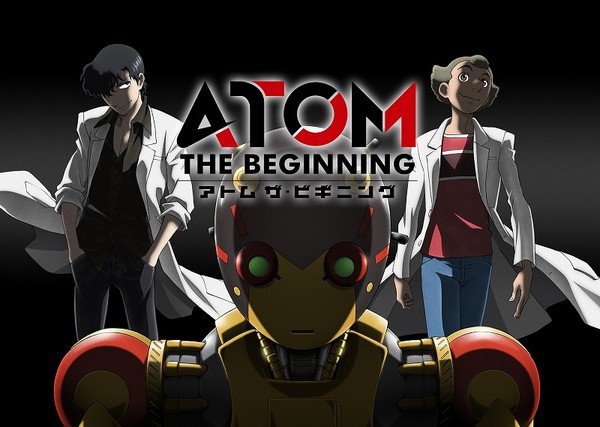 Genres: science fiction
Number of Episodes: 12
Vintage: 2017-04-15
Plot Summary: In Japan after a great calamity, there were two geniuses who dreamed of the future. One was Umatarō Tenma. The other was Hiroshi Ochanomizu. The two labored day and night in robot research — Tenma to create a “god,” and Ochanomizu to create a “friend.” Thus a robot, A106, was born from their collaborative friendship. (from manga)

Any opinions? There doesn’t seem to be a thread already, I did search.

Since it’s an Imagi animation studio film, which made TMNT in 2007 and I liked, I’ll be seeing it. Sure it’s been adapted for a wider mainstream audience, duh…it’s Hollywood, but if it’s good it’s good.
And now to wait for their Gatchaman movie which comes out in 2010/2011.

Here are some stills from the movie:

I really want to see it.
Unlike other adaptions made, or being made, going CG might be better.
I figure I should see it since I am on a Japanimation-to-theater kick as of late. Ponyo (the best anime feature for me this year), Eureka7, and Evangelion 0.1.

I hope this is a success. If so, this will be a big boost to introducing Anime to the general public. By mainstraming Anime, it will help the survival of the artform

AH Tommy you watch his reviews too? WIYA is great to watch, I really enjoy his reviews as well. LoL.

Anyway this looks quite interesting. Plus I only just relized Dr. Tenma in Monster is named after Dr. Tenma in Astro Boy, despite knowing Urasawa loved Tezuka. Personally I did not like the old black and white series, but the CGI movie looks pretty good. Not a huge fan of CGI movies, but I like the good ones. Never was a real fan of Tezuka either, only really love the Black Jack OVA Series! Which is exellent! Although I don’t think many fans would like it, but for me it kicked all types of ass.

I am sure the movie will be great!

Saw a promo for it last night on the tube. Put itself right onto the list to see!

The Mike Toole Show -The Astro Boy Next Door