Wondering who will deal with the Physical release then

I’m curious about that as well .
I guess if and who might be a tell of what is the bigger picture for the future of Crunchyroll titles physical releases .

We dubbed one of our ALL TIME FAVORITES, Konosuba, and you can watch all of Season 1 NEXT WEEK ~ 🎉🎉🎉 ✨ More: got.cr/CRWinter https://t.co/E8yphvYp0f 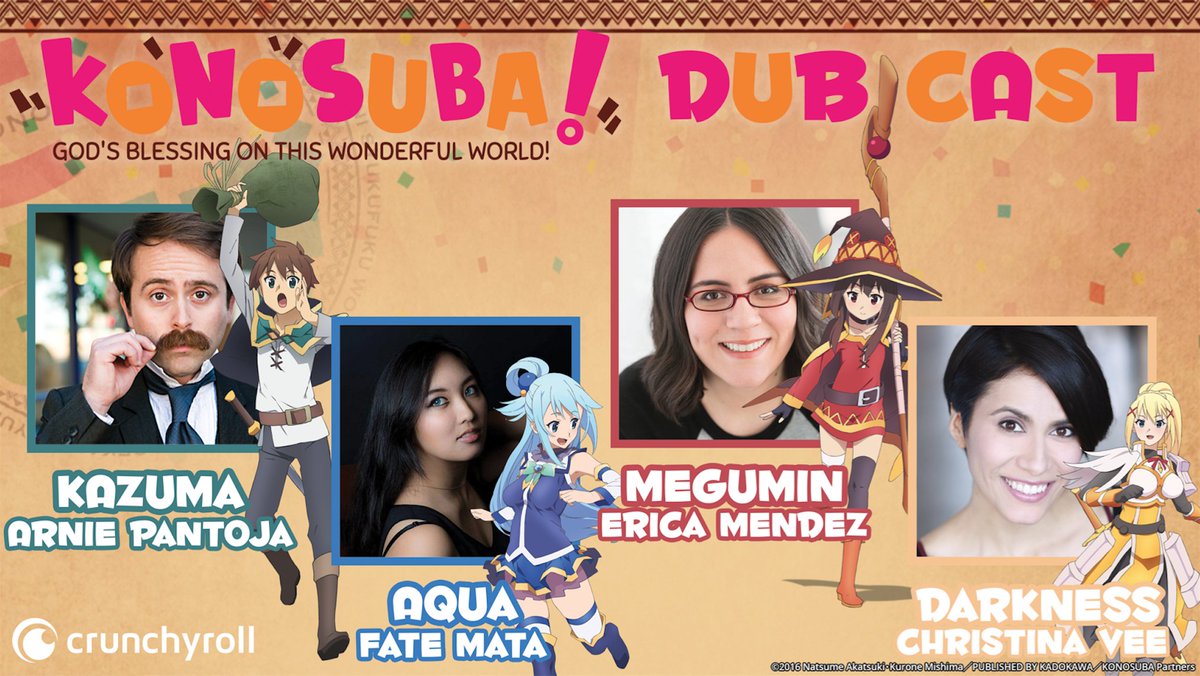 After Funimation hit it out of the park with How Not to Summon a Demon Lord, I had my fingers crossed that they were going to get to dub this one.

Raunchy comedies seem to be Funimation’s forte. Offhand I don’t know of a solid example of one from B/Z…?

@celestial_being I have a recent one from Netflix:

Is that out already? This is perhaps the biggest problem I have with Netflix’s anime: they release months after they aired and so they tend to launch with little fanfare and 0 hype.

I saw some of BSG when it aired in Japanese and kinda forgot about it (wasn’t quite Detroit Metal City level), I’ll have to check it out. ANN’s encyclopedia lists that old-school Funimation director Christopher Bevins directed this, with both he and fellow Funimationer Tyson Rinehart handling the script.

Now my hopes are set higher because with Funi writing the script, and former Funi actress Cherami Leigh playing the lead, it’s an “honorary” Funi dub

Edit: though all of that means that it isn’t a B/Z dub?

After some issues with the crunchy app not wanting to play I watched the first two episodes of the dub . Enjoyable to me and will be going back tomorrow to watch the rest of the first season .

Finished the first season dub up today . Not been in the most cheery mood as of late ,but it put me in a happy mood . Episode 3 after a certain skill was learned in particular had me laughing so hard I was in tears .
Hopefully season 2’s dub and a Blu-ray release is not far behind .

February 06, 2019 7:04am CST
The continuing adventures of Kazuma and company head to Japanese cinemas in 2019

KONOSUBA’s Dub is the One Sub Purists Have Been Waiting For!

February 18, 2019 1:00pm CST
The English dub for KONOSUBA may be even better than anyone ever expected it to be!

No offense to Konosuba, or it’s fans, but didn’t Cowboy Bebop succeed in this nearly 20 years earlier?

(No hating, or anything of the sort. I’m genuinely curious here

As I’m reading it, Crunchyroll isn’t saying this is a good dub, just that it is a very “accurate” to the Japanese subtitles type of dub.

…dialogue as faithful to the Japanese script as possible, and an authentic experience without having to read every line of dialogue.

In other words, it’s a dub that is an “audiobook” of the subtitles so that sub fans can watch KonoSuba without having to actually look at the screen and read the subs themselves.