Genres: action, comedy, drama, fantasy
Themes: fanservice, historical, monsters, samurai
Objectionable content: Significant
Plot Summary: In an alternate Feudal Era Japan, giant insects known as “Mushi” started appearing and attacking people 100 years before and since then they bring terror and death to the country. To counter the threat of the Mushi, the Shogunate establishes the Mushi Magistrate (Mushibugyō) whose sole purpose is to assemble warriors strong enough to fight them. The story follows Jinbei Tsukishima, a young and cheerful samurai who is the newest member of Mushibugyō answering a summon to his father by the Magistrate, but as he is not able to fight anymore, Jinbei takes the burden of protecting Edo from the Mushi in his place.
Number of episodes: 26
Vintage: 2013-04-08
Opening Theme: 1. “Tomoyo” by Gagaga SP
2. “Denshin∞Unchained” by FREEDa’M
Ending Theme: 1. “Ichizu” by i☆Ris
2. “Through All Eternity ~enishi no kizuna~” by ayami 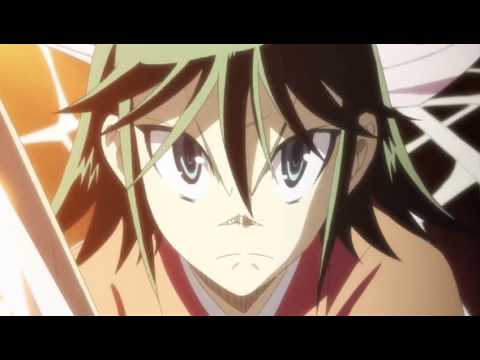