Genres: Drama, Horror, Thriller
Rating: TV-14-DLV - TV-MA-LV
Running Time: 60 minutes per episode
Number of Seasons: 5 [RENEWED FOR SEASON 6]
Number of Episodes: 69
Vintage: August 23, 2015 – present
Plot Summary: What did the world look like as it was transforming into the horrifying apocalypse depicted in The Walking Dead (2010)? This spin-off set in Los Angeles, following new characters as they face the beginning of the end of the world, will answer that question.

The Walking Dead: World Beyond

I can’t wait to see this series on AMC. It’s called The Walking Dead, and it’s based on a comic book by Robert Kirkman. It has already been renewed for a 2nd season before the 1st season even started(It will premier on Halloween 2010). 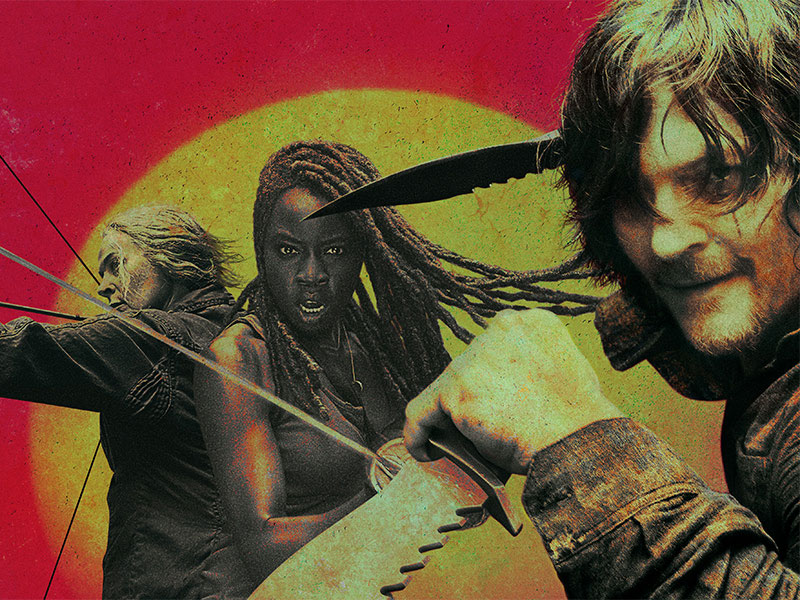 I was looking forward to this one too. But I was kind of disappointed with The Prisoner remake they did.

It looks rather interesting. I will need something to do this Halloween and I don’t want to see Saw in 3d so this will have to work. It looks really interesting though and I do love zombies. I really hope that they keep the zombie gore in it or at least try for some zombie gore.We have to face if scientists keep working with forbidden stuff. This will probably be our future. Who knows we will have to wait and see.

I’m looking forward to seeing it.

While I enjoy reading,and owning, the comic books series immensely, I’m kinda iffy on the live action series. I might be proven wrong, and I hope I am because not only is the series a fun all out gory zombie-fest, it’s also a window to the psyche and monstrosity of humanity.

Hopefully this finally paves the way for a Y The Last Man series…another awesome comic book.

Yeah, I’m pretty excited for this too. We are actually pausing our Halloween party that night to check out the premier. We were talking about this in the Zombie Survival thread as well. Here is the trailer I uploaded:

You’ve seen the excellent ‘Walking Dead’ TV adaptation on AMC. But have you read the comic? You should. It could save your life. Catch yourself up on the first 48 issues in one easy blow. Only GeekChicDaily has Robert Kirkman’s ‘The Walking Dead Compendium One’ available at half-price ($30) for a limited time. That’s less than a buck an issue for one of the greatest, most engrossing, grossest stories of our age.

This book’s so big that if a real zombie attack happens, you can knock their heads off if you swing it really hard.

This Sunday, October 16, the 90 minute season premiere of The Walking Dead starts at 9:00 on AMC. I can not wait to see this. One of the best shows on television.
Slick

About time I say. Bring on the zombies!

Looks like there’s going to be a panel discussion about tonight’s episode of The Walking Dead “What Lies Ahead” tonight at midnight ET following the encore of the new episode.

Good start to season 2. The ending had me stunned.

Who would shoot the boy? Was it a mistake or deliberate?

Agree it was a good start.

Think it was an accident. I doubt the shooter expected a kid to be standing on the other side of the deer.

[quote=ShawnMerrow]
Agree it was a good start.

Think it was an accident. I doubt the shooter expected a kid to be standing on the other side of the deer.

I thought the exact same thing at first. Then I expect a twist somewhere.
Can’t wait for the next one.

Totally got to see the premier! Awesome, but for an hour and a half there sure were a lot of commercials.

I absolutely love this series. AMC has three of my favorite TV shows on it.

Also for a laugh, video related.

Holy. Crap. What an episode this past Sunday.
Major Spoilers follow, obviously.

I am absolutely in shock at the way this episode ended and I would have never seen that coming before then.
The fact that they killed off Dale, the moral compass of the group, is likely going to leave a very significant impact on the show as well as the characters. It’s a shame too because Dale was not only the nicest of the group but also probably the strongest in a way as well. The scene here where he stood up for his belief of not executing Randall was incredibly well put together. Despite nobody standing by his side he didn’t give into pressure and stood by what he believed.
*
It was also incredibly ominous, his final words to Daryl as he left that room, “This group is broken.” That bit kind of sent a shiver down my spine. Like you just had to know that something terrible was about to happen.
*
I can see a number of factors coming into play in the final couple episodes of the season. One of the most obvious seems that a number of them might feel responsible for the death of Dale. Not only the ones that just wouldn’t take a stand with him, but Carl in particular. Given that it was the walker that Carl was messing around with in the woods that killed Dale, I can foresee heavy consequences.