Diary of Our Days at the Breakwater / Hōkago Teibō Nisshi

Diary of Our Days at the Breakwater / Hōkago Teibō Nisshi

Plot Summary: Hina is an indoor-oriented girl who likes crafts and moves to a seaside town to continue with her high school education. She meets upperclassman Kuroiwa as she walks along an embankment and joins the mysterious “Embankment Club.” Hina dislikes sea creatures, but she fishes with her fellow club members and eats their catches. She gradually starts to appreciate the appeal of the ocean.
Vintage: 2020-04-07

posted on 2019-04-15 11:50 EDT by Jennifer Sherman
The Dragon Dentist character designer’s story centers on high school girls who fish in the sea

Well I want to see this .

It’s a good first episode, but I just can’t get behind the English title for the series. It’s just… not good.
It’s a poor translation, and it could have been translated with fewer words, and far more accurately. I was gonna write this huge rant about it, but decided against it… Maybe some other time. Funimation usually doesn’t translate things very accurately anyway. Like I said though, the show is good, so that sort of makes up for the crappy title
At least it’s not as crappy as “Chidori RSC” though.

I’m fairly certain Sentai had a license somewhere that didn’t allow them to have rifle in the title, hence the stupid Chidori RSC title.

posted on 2020-04-14 21:27 EDT by Rafael Antonio Pineda
Episode 3 airs as scheduled next week, but later episodes are delayed

Diary of Our Days at the Breakwater | Official Trailer 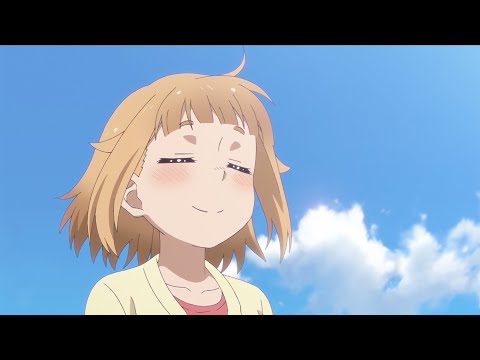 July 07, 2020 1:15am CDT
The TV anime resumes broadcasting from its first episode today