Genres: comedy, drama, romance
Themes: butler, crossdressing, ecchi, fanservice, gynophobia, harem, school, split personality, unrequited love**
Objectionable content: Significant
Plot Summary: Kinjirō Sakamachi has gynophobia (fear of women), due to his violent mother and sister. Subaru Konoe is the butler of his classmate, Kanade Suzutsuki, and has to dress as a male due to butlers having to be men. When Kinjirō discovers Subaru’s secret, Kanade promises to cure Kinjirō of his phobia. Kinjirō and Subaru are forced due to circumstances to spend time together and defend Subaru’s secret while trying to cure Kinjirō’s fear.
Number of episodes: 13
Vintage: 2011-07-07 to 2011-09-22

I with held from watching this when I read about one of the characters cross dressing as a butler. Now, I don’t care what anyone does with their own life, I just don’t care for it myself.So don;t think I’m bashing anyone who does, cause I’ not

For some reason this show kept jumping out at me so I dove in and started watching it. It is now one of my favorite ones I’ve watched!! I just hope in the last episode, Jiro ends up with Subaru and not like the other shows where it’s a cliff hanger at the end (AKA- seeing if their was enough interest for a 2nd season

) Please let me have one show where the dude scores the dudette!!If not, make a 2nd season that doesn’t stray far from the 1st and THEN let him score the girl!!

I think on the manga side, there was a spin off in which another person found out about Subaru’s secret. Without going the fan translated route, I doubt it matters as the first volume of the main manga was buyable in the US after this show started here.

I don’t think it was too bad. Kanade Suzutsuki and Kureha Sakamichi’s voices just didn’t fit to me. Nothing against the VA’s, they just didn’t seem to fit the character very well. Although, Kureha’s VA already had massive shoes to fill as it was. Trying to dub anything by Kana Hanazawa or Rie Kugimiya is hard. So I generally give those a little more forgiveness.

This wasn’t quite what I was expecting. It reminded me a bit of Maria Holic, and not just because of the casting (and the Chris Ayres dub direction). BTW did the video of episode one cut out midway through the actor credits for anyone else?

How’d Blake Shepard end up being Sentai’s go-to guy for these sort of male roles?

…This is a Kugimiya sub? Well I won’t be going through that then as I’ve stood about all that I can stand from the overused “voice of tsundere” lol.

Q. What are your thoughts on Mayo Chiki and has there ever been talk of a season 2?

A. Mayo Chiki was hilarious, and we haven’t heard any talk of a season 2, but hopefully Japan will find it in their hearts to make another season. 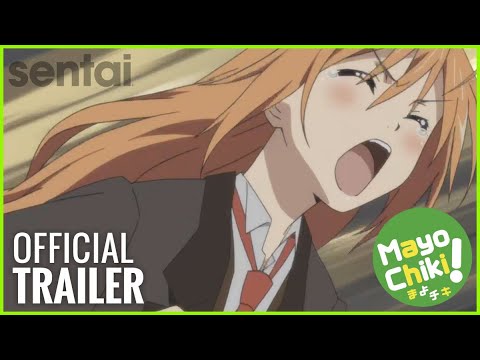