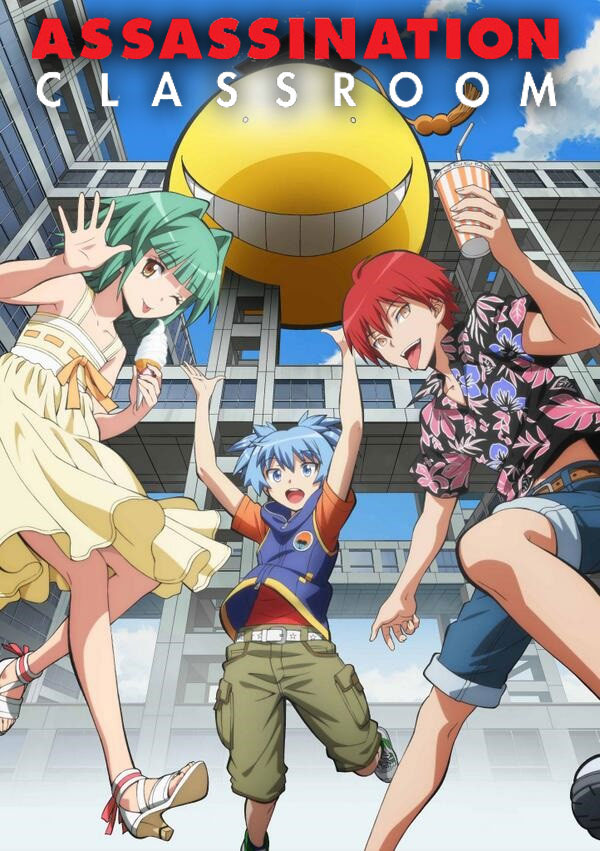 Genres: action, comedy, drama, science fiction
Themes: aliens, assassins, school
Objectionable content: Significant
Plot Summary: One day, the moon exploded, leaving it in a perpetual crescent-moon shape. The creature who claims responsibility for the destruction also claims it will destroy the world in March of next year. With powers beyond human comprehension, no military can stand against it. Yet, for some reason, it chooses to take up occupancy as a teacher in the worst class of Kunugigaoka Middle School. The fate of the world rests in the hands of its students, as they have until graduation to figure out how to murder their teacher and collect ten billion yen for saving the world.
Number of episodes: 22
Vintage: 2015-01-09 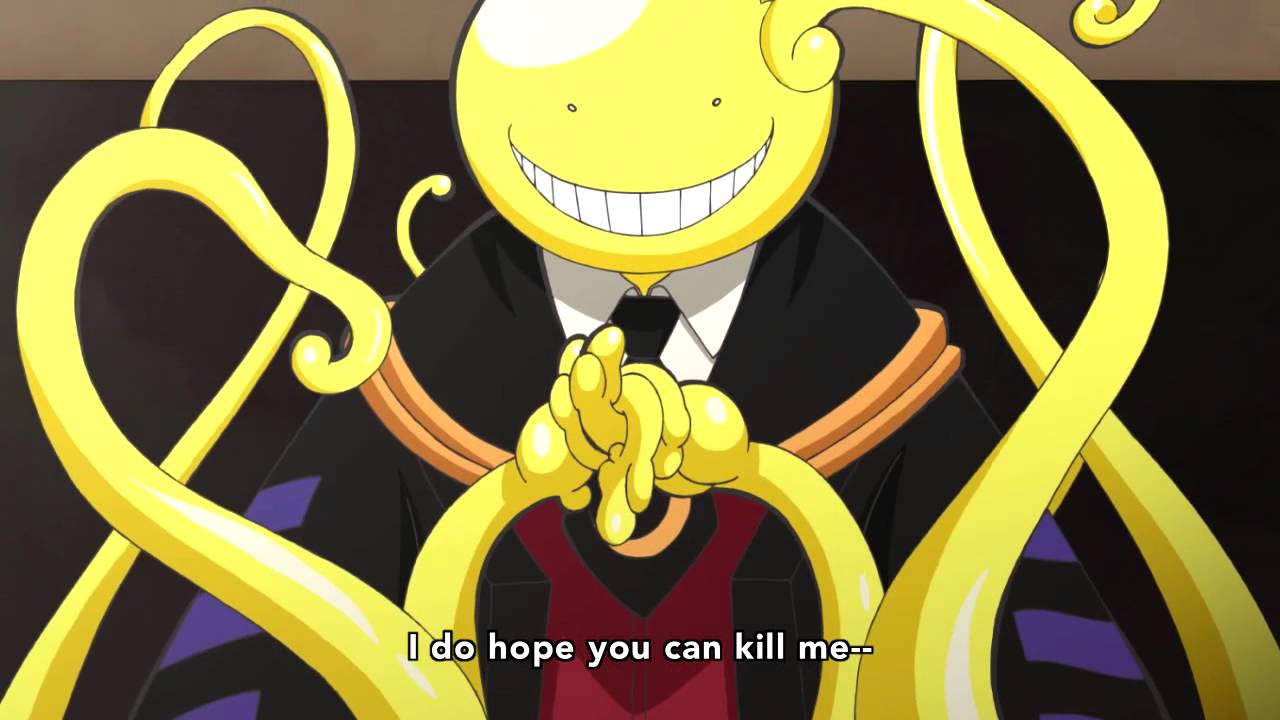 Genres: action, comedy, drama, science fiction
Themes: aliens, assassins, school
Objectionable content: Significant
Plot Summary: Class 3E is about to begin their second semester. And while some things have changed, the class assignment is still the same: kill their teacher before the end of the year. Easier said than done since Koro Sensei’s made it clear he won’t go down without a fight.
Number of episodes: 25
Vintage: 2016-01-07

Gear up with these new Assassination Classroom goodies from Cospa

This series is gonna be epic. I’m really looking forward to this one.

Another (very Japanese) absurd comedy with violent elements. I wonder if I’ll like it.

TV: This creature who demolished the Moon is going to demolish Earth in March of the next year.

I think that intel is wrong: Piccolo isn’t a yellow tentacle dude