Is just about the whole series going to be the knight and elf Arguing I wonder?

But hopefully it better on the second episode

I guess I’m blocking anything about this anime from my memory (because it can’t be old age…) but I just confirmed that this one is on Sunday. What a way to bring the weekend down!

Exorcising Ghosts by Being Pathetic | Don’t Hurt Me, My Healer! 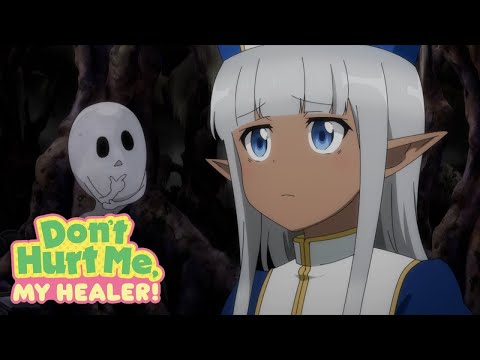 First drop of the season.

Episode 8 literally felt like it took 3 hours to watch a 24 minute long episode.

I don’t know if anything in the episode was supposed to funny (as it’s listed as a comedy…), but the only time I even smiled during the entire episode is when I heard the ending credits song …

I finally finished this pure torture series, and only because I tend to finish things I start. If only I had left it after the first episode…

I agree. In fact, I would advise you to run, not walk, in the opposite direction.

literally felt like it took 3 hours to watch a 24 minute long episode.

This was my problem too. LOL I can only hope this one DOES NOT get a second season!!!

This was my problem too. LOL I can’t only hope this one DOES NOT get a second season!!!

And that the digital master of it gets destroyed “accidentally”…

And that the digital master of it gets destroyed “accidentally”…

I never got past episode 2.

I couldn’t get past ep 1 lol

Just like Wicca, I toughed it out through all 12 episodes…

I honestly can’t believe I’m saying this, but I want to watch CONCEPTION as a pallet cleanser…

I must be odd, I didn’t find it bad, just passable.