Crunchyroll to Stream Don’t Hurt Me, My Healer! Anime This Spring 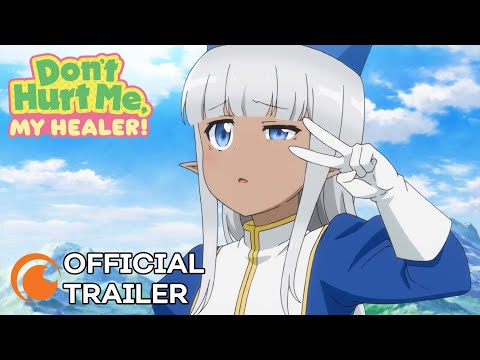 It might be hard to get through this one. Carla is a real turn-off for this anime, but I will try to give it a chance.

It might be hard to get through this one. Carla is a real turn-off for this anime

Wicca, I can most certainly say you’re not alone in this statement…

@Psychopuppet shares our opinion on her, and I’m certain he’s not the only one…

Carla’s practically, if not completely intolerable…

but I will try to give it a chance.

There’s a REB in it…

I seen the trailer is this anime have an RP game concept to it ?

Somewhat, I think. I mean there is a knight, and the elf is a healer, and they do form a party.

This series is for me, at most, a three episode one. If I last that long. I think I have PTSD from the first episode.

I wonder if manga creators in general themselves get a little annoyed by their our work when it gets animated, when the creators watch it for themselves, like all of us anime fans do

Is the first episode starting off that bad at the beginning?

The healer is a nasty character. If there’s no redeeming qualities to her, most will just drop the show, if they haven’t already done so with the first episode.

There are more then a few shows where one of the MC’s have horrible personalities,but usually the other MC’s or side/background Characters balance things out. This being the first episode and only three characters appearing. 2 of which are the MC’s. One being a nasty personality with a superiority complex and the other basically seems to be well a weak personality with a complex of some kind. It’s not a good start and just very off putting.

I’m wondering if this is one of those reads better then shows deals.

I’m going to give it as many episodes as I can take ,but if it keeps up I don’t think I can take much. Need to remember to save something cheerful for after.

Is the first episode starting off that bad at the beginning?

Knight is being attacked by a bear monster, when a healer just appears out of the blue. He asks for her to help him, and, instead, she starts berating him for asking for help. They start arguing for what feels like the entire runtime of a much better show, while, I kid you not, the bear monster waits for them to stop arguing!!! Then, after they stop arguing, she finally casts a healing spell, which, because she got startled, TURNS INTO A CURSE THAT WILL KILL THE KNIGHT IF HE LEAVES HER!!! AND SHE THINKS HE’S THANKING HER FOR CURSING HIM!!!

That is the opening scene of this series…

There’s about 17 more minutes of this episode after these events occur, in which the bear monster is the single decent character of…

To make matters EVEN worse, the way Carla talks… It’s absolute deadpan… “OH, I CURSED YOU. YOU’RE GRATEFUL, BUT YOU DON’T HAVE TO GROVEL. I’M TAKING THIS AS A GIFT.”
Needless to say, she probably doesn’t have a soul to begin with, but I digress…

And unlike @Newshawk and @Psychopuppet, I’m gonna force my way through this one, just because there’s a red-eyed blonde in the ending credits…
…