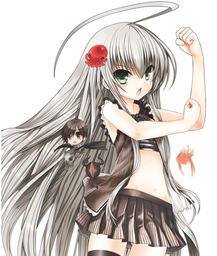 Plot Summary: 9 very short non-related stories about the life of Nyarlko, Mahiro and/or Cthuko. (from ANN) 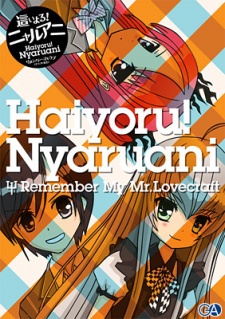 Plot Summary: The story centers around Nyaruko, a formless Cthulhu deity who can take on the shape of a seemingly ordinary silver-haired girl. Mahiro Yasaka is a normal high school who is chased by aliens one night, until Nyaruko saves him. (from ANN) 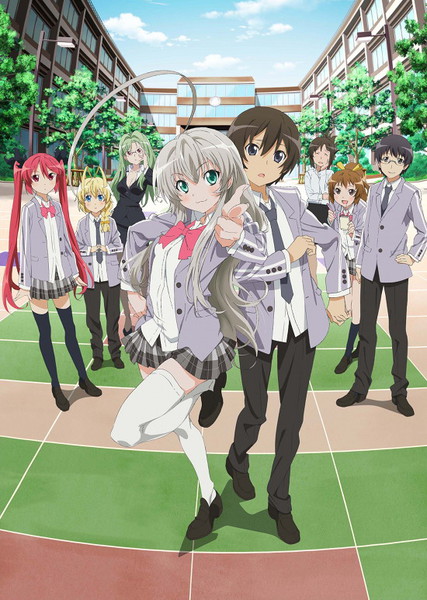 Plot Summary: “I’m Nyarlathotep, the creeping chaos always smiling beside you.” But you can call her Nyaruko for short. One by one, the Great Ones from the Cthulhu mythos are coming to earth to target Nyaruko and her human friend Mahiro. He’s utterly clueless about the true nature of his cosmic conflict and just wants to live in peace. (from ANN) 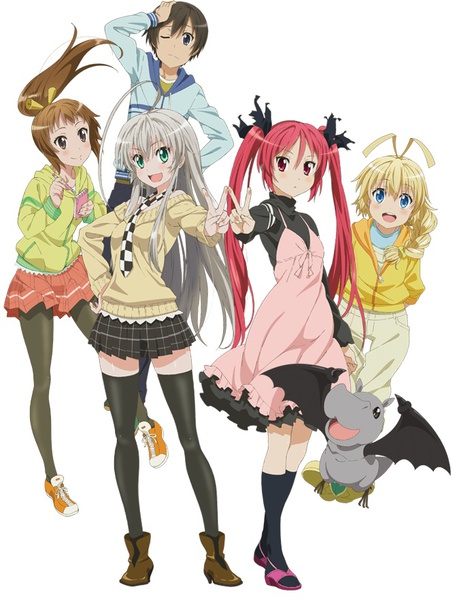 Plot Summary: Nyaruko still wants Mahiro, as does Hasuta. Kūko wants Nyaruko, but believes both Nyaruko’s and Mahiro’s “first time” belongs to her. Yoriko (the mom) puts up with all of it and cheerfully runs the house where they all live. Mahiro just wants some sanity. He doesn’t want to be the love toy of a Nyarlathotepan, Cthughan, or a shots-like Hasturan. He may or may not hold out. (from ANN)

VIDEO: Theme Songs for OVA “Haiyore! Nyaruko-san F” to be Released on May 8

February 23, 2015 2:30am CST
The best selection album will be released simultaneously

“Haiyore! Nyaruko-san F” OAV Gets Live-Event in May