by Zac Bertschy, Aug 4th 2017
The director of Tasunoko’s upcoming superhero crossover discusses his work on next season’s Infin-T Force

Unless HiDive or CR doesn’t it get, then it doesn’t matter.

I couldn’t find the old dedicated Infini-T Force thread, so I started this new one.

Anyhow, I watched through Viz’s recently-released Infini-T Force Blu-ray set in both Japanese and English. I enjoyed both, but was surprised there was absolutely zero credit information for any of the English edition. No crew, no cast. They didn’t even translate the names for the Japanese staff and cast, but at least that information is easy to find online.

Currently, the only name officially associated with the English production is Landon McDonald, who played Casshan. I wrote to Viz directly to see if I could get the names of the rest of the voice cast and they were nice enough to get back to me with the following list (I have added IMDB links):

There’s most of the main English Infini-T Force cast. Hooray! I hope the rest will surface someday. I really don’t know why there wasn’t any kind of information on the disc set or online regarding the English production. It’s a shame because I thought the crew did a pretty good job.

I believe, from reading old press release information, that the dubbing company was Bang Zoom! in Hollywood. But some sites contradict that, so I’m not positive. The sleuthing will continue…

A huge thanks to Viz for supplying the information! 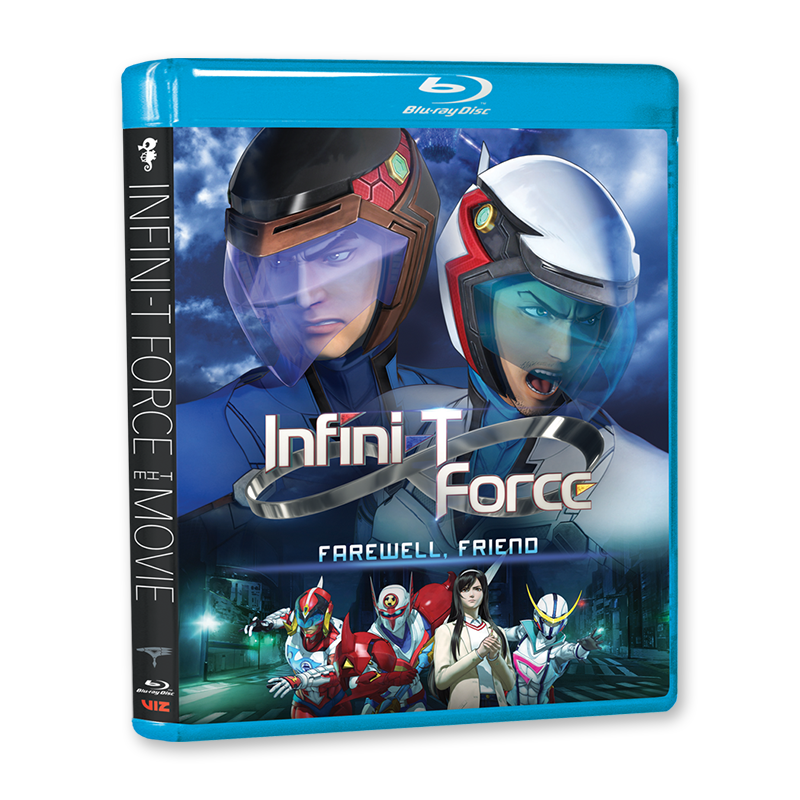