I’m looking forward to the Emilia / Megumin interaction since they both have the same Seiyuu.

aside: I remember an interview with Usagi’s ( Sailor Moon’s) Seiyuu where she was doing a show where the 2 characters she was playing in the show had to interact with each other, she wanted to do it on 1 take. I think it was one of the Gundams where she played both the Captain and the ships robot. She did the 1st 2 lines between the characters perfectly, then accidentally did the Captain’s next line in the robots voice. 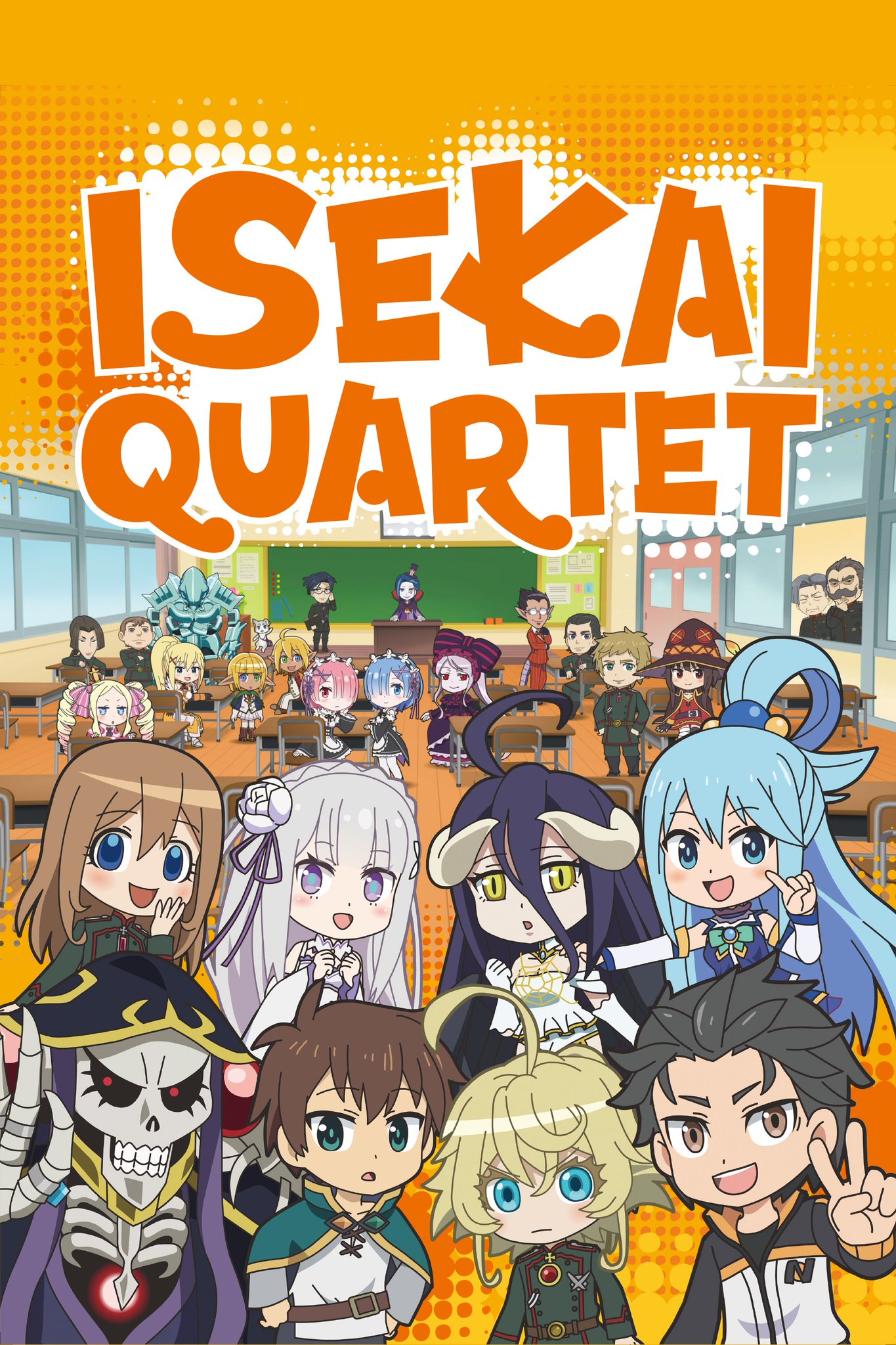 Spring Announcement! 💀 Four worlds come together — sort of?! Join your favorites in ISEKAI QUARTET, coming subbed and dubbed to FunimationNow! Catch the Episode 1 Simulcast tomorrow at 11 a.m. CT and the SimulDub 4/23 at 3 p.m. The season so far: https://t.co/bgmJiLmTv6

ok with about 4-5 titles I want to watch, reupped my Funi Sub as well.

I wonder who Funi will get to dub the Konosuba characters in Isekai Quartet, since it now has an official dub from Bang Zoom, and the other 3 were dubbed in-house.

If they get Eric Vale to play Kasuma, Imma be sad.

Actually, that is incorrect, as Re:Zero was a Bang Zoom dub, and Funimation just published the disc for it. (just like Testament of Sister New Devil)

Guess that tells you that I still haven’t seen the dub of it yet, nor looked up any real info about the series since the box set was announced…

Anyone else find it a little strange that the English dub of episode 1 is up on Crunchyroll, but hasn’t been put on Funimation yet?

As of 4am, the dubbed version is on Funi as well.