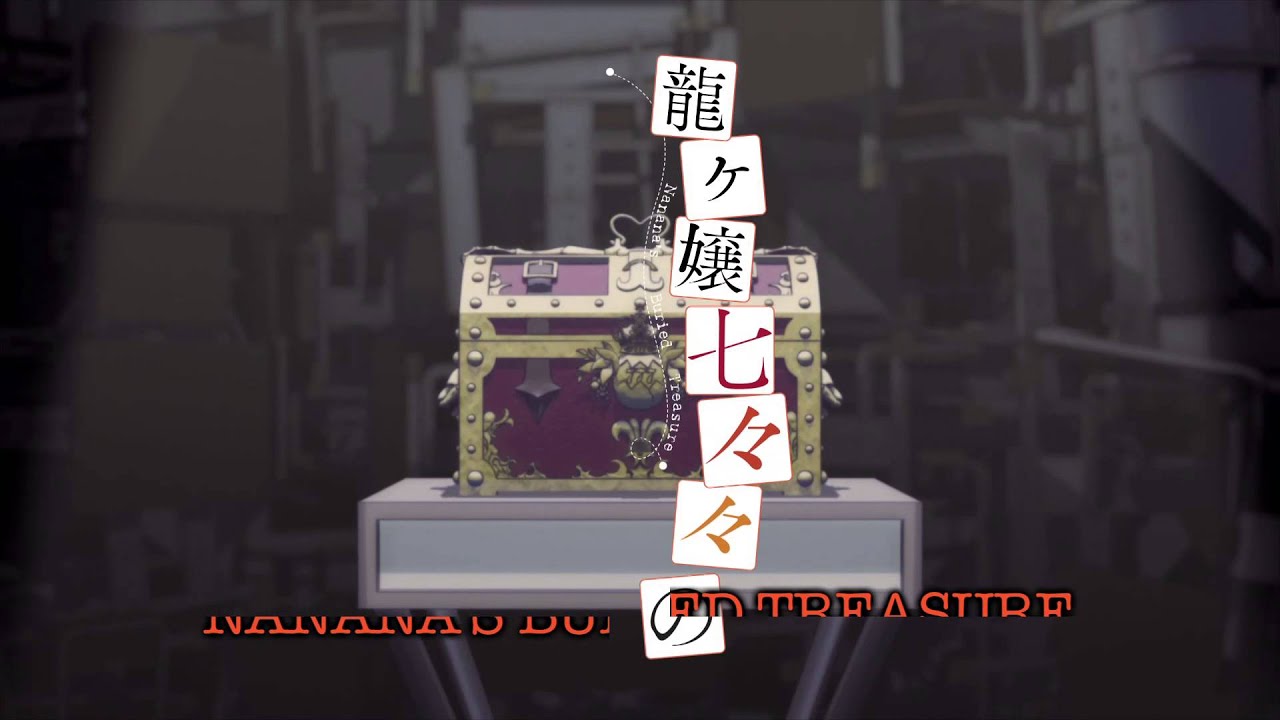 Genres: adventure, comedy, romance, supernatural
Themes: ghost, treasure hunting
Objectionable content: Mild
Plot Summary: Disowned by his father, Jugo Yama has run away from home to the island of Nanae. He begins to live by himself, only to discover his room is haunted by the ghost of Nanana Ryugajo. She was murdered ten years ago, and her killer must be found before she can rest in peace. Before her death, Nanana collected things from all over the world and hid them throughout the island. Using the mysterious powers of these hidden items, they should be able to find the culprit. As Jugo begins his hunt for her collection, however, he discovers he’s not the only person searching. (from ANN)
Number of episodes: 11
Vintage: 2014-04-10
Opening Theme: “Butterfly Effect” by Shiritsu Ebisu Chuugaku
Ending Theme: “Kasukana Hisokana Tashikana MIRAI (A Hazy, Secret, Certain Future)” by Sphere

The panning shots of this island definitely needed FPS % 30 = 0 as that was brutal.

The main dude isn’t a total loser, which is pretty unique in anime. This plot is kinda lame but I’ll roll with it for a while, though the “master detective” thing was a big turn-off.

For an apartment a separate bathroom is definitely a deal breaker, even at only $50/month in rent and when that apartment comes with a PS3, a gaming PC and a himedere who subscribes to the old anime notion that “submission is the way of the princess”.

If this doesn’t turn into a T&A fest after the first episode, then I think I will like it as much as I liked QED and case closed.

give me puzzles and mysteries to exercise my brain! i don’t even care if the treasure is found, just that she gets to leave her room… if that is her real wish.

i feel this is going to go nowhere with only 11 episodes. it could be expanded greatly or actually complete the story, but for completing the story it needs to get on with it quickly. i still have hopes for it so far!

Yea, it’s not a complete story.

whether it fades into oblivion never to return with more episodes, just for that simple thing i give this 10/10

January 17, 2018 10:00am CST
“Cruising the Crunchy-Catalog” explores the 2014 light-novel-to-TV-anime adaptation with animation by A-1 Pictures