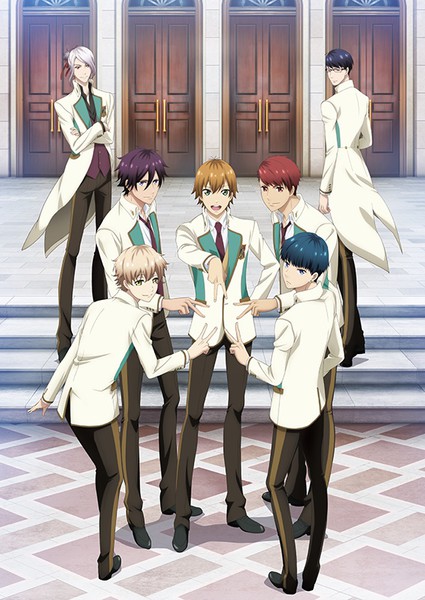 Plot Summary: Yūta Hoshiya enters Ayana Academy, a school focusing on show business activities, specifically music. The academy has a group of the three students with the highest grades in the musical department, and they are known as the Kao Kai (Cherry Blossom Flower Association). This organization stands at the top of the pecking order within the academy. The shortcut to entering the musical department is to enter the Star Frame class, which is directly taught by the members, and to be recognized by them. Unfortunately, due to their own problems, students Tōru, Kaito, Shō, Shū, and Yūta are all struggling to even remain candidates for the musical department. By a stroke of luck, however, the five are spotted by Kao Kai member Ōtori, and they pique his interest. 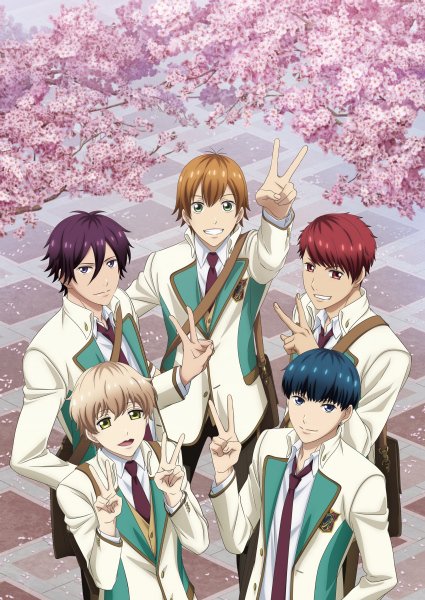 Plot Summary: Yūta Hoshitani, who enrolled in the prestigious Ayanagi Academy for music entertainment, passed the first-year test to become a musical department student in his second year. However, the new school year immediately presents new trials for the returning students. The first task on the second-year curriculum is supporting the graduation stage performance of Ōtori and the other graduating Kaō Council members. There are five roles known as “second-year training roles” in the legendary musical Shadow & Lights. Every year, a team of only five second-year students get to step on stage as performers in the musical. To earn a ticket to glory, Hoshitani and 24 other new musical department students take on the training auditions.

Pretty good watch so far. I look forward to seeing where it goes.

[details=STARMYU - episode 10]
I found this episode depressing. Not in a bad way but more describing the overall tone. The music was no help either.

The stepping down of Otori from the Kao Council, leading to the demotion of the now former STAR TEAM down to just a REGULAR TEAM has been made public on the Information Board to Team Otori (and for that matter the student body) causing quite a bit of commotion. Worse is that they have been moved from the Performance Hall (restricted to STAR members) to an outdoor stage AND Otori himself is nowhere to be found. They are told by Tsubasa that he has “taken a leave of absence.” Umm…okay then.
The boys try to pick themselves up after this news but it wasn’t easy. Even the food ruined the mood. They miss Otori saying “boys” as that gave them the confidence to do well. They attempt to avoid bringing him up as they take a nightly walk but the great memories of them all together popped into their minds. Where did Otori go and is he coming back? Yuuta tries to e-mail him, hoping for an answer.[/details]