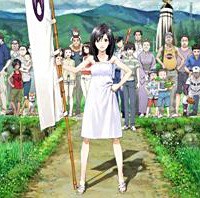 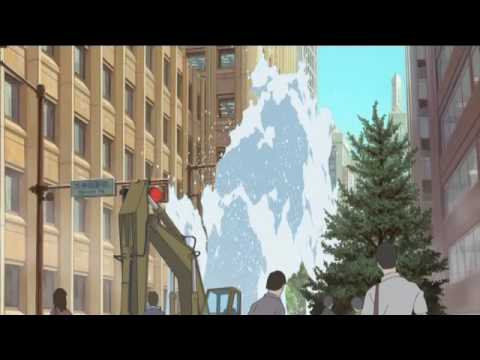 Genres: adventure, comedy, drama, science fiction, thriller
Themes: computers, family, social-networking, technology, virtual reality
Objectionable content: Mild
Plot Summary: When timid eleventh-grader and math genius Kenji Koiso is asked by older student and secret crush Natsuki to come with her to her family’s Nagano home for a summer job, he agrees without hesitation. Natsuki’s family, the Jinnouchi clan, dates back to the Muromachi era, and they’ve all come together to celebrate the 90th birthday of the spunky matriarch of the family, Sakae. That’s when Kenji discovers his “summer job” is to pretend to be Natsuki’s fiancé and dance with her at the birthday celebration. As Kenji attempts to keep up with Natsuki’s act around her family, he receives a strange math problem on his cell phone which, being a math genius, he can’t resist solving. As it turns out, the solution to the mysterious equation causes a hijacking of the social networking site through which most of the world’s social and business traffic flows.
Running time: 114 minutes
Vintage: 2009-07-29

So anybody else positively drooling at the thought of the forthcoming release of Summer Wars?

It’s by the same guy that did The Girl Who Leapt Through Time. Even without subs (no idea what’s going on >.< ) the trailer looks great.

The Warner Brothers logo also give me hope that it may get a release in the US and the UK.

Summer Wars to Be Screened in Austin, Dallas, D.C.

I thought I’d post this here to let everyone know it seems like some perhaps a lot of people are not getting a slipcover or the the art cards that are supposed to be with the first pressings. Pretty sure the slipcover is not exclusive to the first pressing so if you did not get them I’d contact Funimation.

Not sure how this happened. My guess is they used two different replicators and one of them did not put the slipcover or artcards in.

I got mine and while the art cards are not that great the slipcover is something I’d be complaining about not getting.

Just to let you know the Oklahoma City Museum of Art will be showing Summer Wars from Thursday, March 17 through Sunday, March 20. Times are 7:30 PM on Thursday, 5:30 PM on Friday and Saturday (with an 8:00 Pm showing of Evangelion 2.0 following) and a 2:30 PM matinee on Sunday. Cost is $8 general admission.

Summer Wars is selling out nationwide!

Mamoru Hosoda’s critically acclaimed animated film, Summer Wars, has been on quite a roll in its first few days of release, to put it mildly. All the First Press editions sold out at wholesale level during the pre-order period and have already been sent to retail outlets. If you see one of these now rare copies with the green sticker denoting there’s art cards inside, snap it up quickly before they are gone forever!

Unfortunately, to get enough copies out in time to meet the enormous demand, we were informed that some of the product in the subsequent printings shipped without the white, OZ avatar O-card (cardboard slip-cover). While these non-First Press printings will not have the art cards, they SHOULD have the white O-Card. These slip covers feature specialty printing that takes a little bit longer to produce than the rest of the product.

We didn’t want anyone to have to wait to get their copies of the film, so if you bought your copy of Summer Wars and it did not have the white OZ O-card, we’re here to help. Please fill out the form below and as soon as more O-cards are available, we will mail one to you. These should come into the office in 3-4 weeks at the latest.

A quick note for our fans in Canada:
We have received some emails about some stores stating the street date for the Summer Wars Blu-ray has been moved to Tuesday, February 22. This was due to a small shipping delay, so fear not, Summer Wars is on the way! There will be some First Press editions of both DVD and Blu-ray in stores as well, but your best bet is to have pre-ordered. If your copy comes without the white OZ look O-card, it’s the same deal as above. Just fill out the form, and we will happily send one your way if you’d like one.

Offer only valid for purchasers with addresses in the United States and Canada.

Thank you for your continued support of Summer Wars! Koi Koi, everyone!

Funimation really could have handled this thing a lot better. There has been people that have had it pre-ordered since it was available to pre-order that did not get the art cards. It looks like those people are out of luck. It sounds like they sent most of the first print stock to Retail chains.

I saw Summer Wars on the big screen at the Oklahoma City Museum of Art and was blown away by the story and the animation quality. For some strange reason, they showed the movie in subtitled mode (it definitely was the Blu-ray copy) so since I have a Blu-ray player now I rented it from Netflix as soon as I could. My wife and I watched it yesterday-she loved it and I can now say the dub is outstanding, too!

Watched it on DVD and loved this movie and agree they did a great job on the movie. I strongly recommend everyone watch this movie. 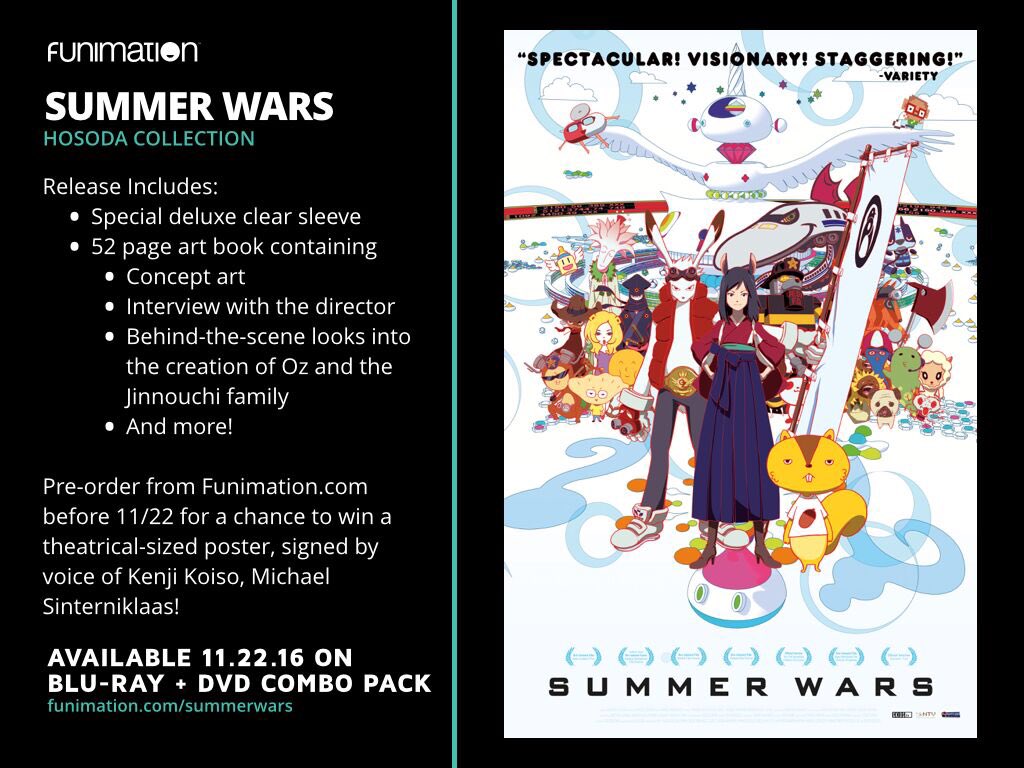 March 29, 2019 2:10am CDT
Tie-up visual newly drawn by the film’s animation director Hiroyuki Aoyama will be revealed in May

OZ vs. Real Life: How Our Society Has Become like ‘Summer Wars’

August 01, 2019 12:00pm CDT
Ten years after Summer Wars, we’re closer to that network landscape than you might think!

Mamoru Hosoda’s Summer Wars to Get Orchestrated Screening in Tokyo

February 05, 2020 11:42am CST
Listen to the Tokyo Philharmonic Orchestra as you watch King Kazuma win the “war”