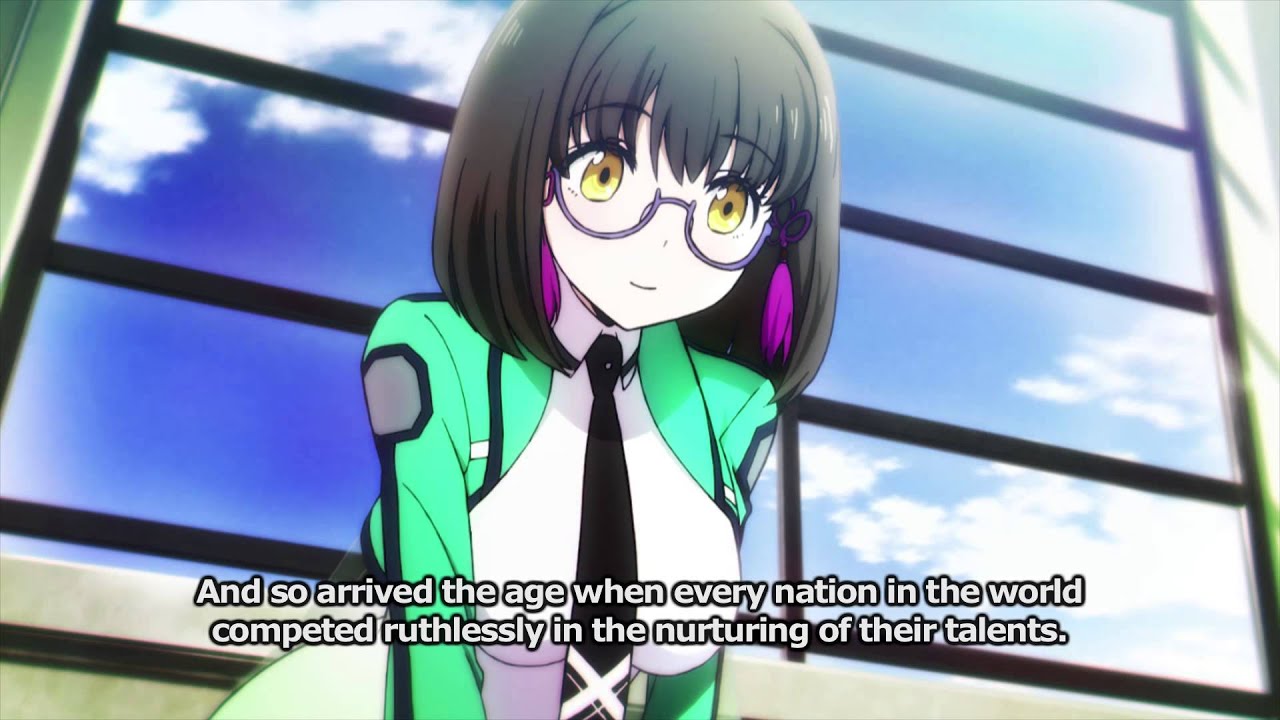 Plot Summary: Miyuki Shiba’s classmate Kitayama Shizuku is on her way to study abroad. For magicians, this is normally impossible, since allowing the genes of someone who can use magic outside their home country’s borders is tantamount to giving up national secrets. But it’s allowed to happen in one case—exchange programs. nd that’s how Angelina Kudou Shields, known as Lina, has arrived in Japan from the USNA to study at First High. Around the time Lina arrived in Japan, magicians began getting attacked by a mysterious being who leaves his victims drained of blood.
Number of episodes: 13
Vintage: 2020-10-03

I’ve heard good things about this one-even that it is the “best new show”-but Aniplex of America getting its paws on this one makes it less appealing.

Sadly I’m more inspired to simulcast this now that I know it is an AoA release.

Would it be wrong to declare this to be the best show of the season right now?

It’s Aesthetica of a Rogue Hero without the awesomeness-I mean arrogance…yeah, that’s what I meant.

Out of all the Wincest/quasi-wincest shows this season, this is the least offensive. Maybe because I’ve convinced myself that they’re not really blood related (ie:Aesthetica) but still…best show season.

Why did AoA have to get this one? It’s in the running for best show of the season, and has a good shot of continuing that into next season and it is going to have a bogus “bluray as a luxury” release with a barely-serviceable dub.

BTW, episode 7 drew a character off-model and it was a good thing.

Why did AoA have to get this one?

Pretty much because it’s an Aniplex JP title and no other reason.

I only hope that this doesn’t follow in the footsteps of Sword Art Online, another “two season” show that AoA released here. I’m enjoying the sub of this one to the point that, with AoA’s history, there’s a good chance that I’d put the sub over the dub, which rarely happens. If Bryce Papenbrook winds up as the main character in this dub (…) then that chance shoots up to just barely below 100%

…though I do hope that AoA’s release will contain a clearer explanation as to the technological development shown in episode 7. Crunchy’s explanation was servicable but they way that they chose to explain it was closer to “shenanigans” than I’d like. I do give the show props for going in a slightly different direction than it lead us to believe though.

Would it be too much to ask for AoA to do us fans a solid and pass this one on to TX?

Clint Eastwood said that a man’s got to know his limitations. The same goes for anime studios and this one is beyond AoA’s.

Robin Thicke wants his pants back.

Robin Thicke wants his pants back.

I thought it was David Bowie or just the 70s (disco) in general.