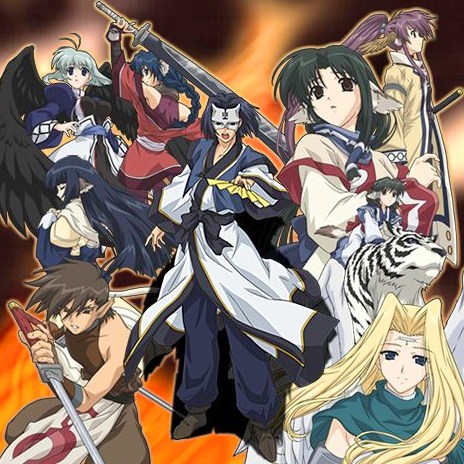 Plot Summary: An injured, amnesiac man with a mysterious mask is found abandoned in the forest. After he is nurtured back to health, he is given the name Hakuoro. After saving the village from a wrathful deity, he adopts the role of the village’s leader. Although wishing to live in peace, fate eventually forces him down the path of war and battle…[/quote] 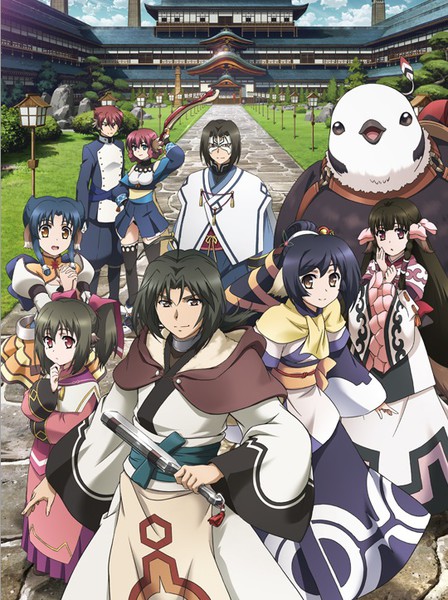 Plot Summary: The nameless protagonist awakens to find himself standing in the middle of a vast, snowy plain he doesn’t recognize. Suffering from amnesia, he remembers nothing about himself. Suddenly, he’s attacked by an insect-like creature but is saved by a beautiful girl with animal ears and a tail named Kuon. She names him Haku.

Good show. We definitely need to have a group viewing of this one sometime.

It looked good when ADV previewed it on TAN a couple years ago.

IMO, this is a VERY good show. I went in not sure of what to expect and came out extremely pleased. The ending was excellent!

I’m not done with it yet, but I finished up the first DVD last night.

But man, that first Omake Theater extra was funny as hell!

Finished up the series yesterday.

All in all, it was a rather interesting series, and I’m glad to have watched it (espcially since KVD was in the main cast).

But the Omake Theater extras were the show stealer in this case.
Man those were funny!

posted on 2015-08-27 08:30 EDT by Crystalyn Hodgkins
Adaptation of AQUAPLUS’ game premieres in Japan in October

is that a giant pigeon in that pic?

This GoBoiano review of “Utawarerumono The False Faces” pretty much hits all the reasons we love it. This show is going to be sooo goooooood….
http://bit.ly/1QawvnN

The False Faces: Premiering on AN Online Player