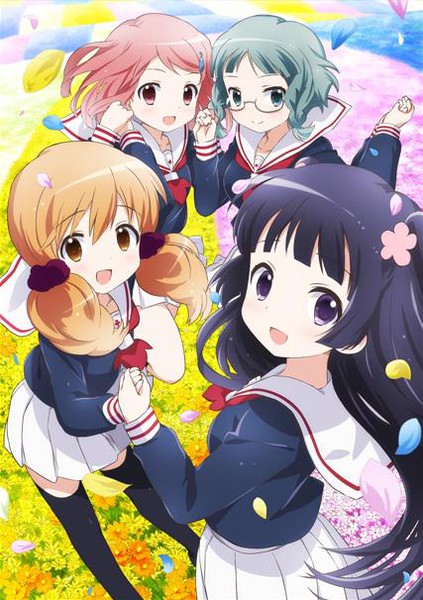 Plot Summary: Wakaba Kohashi is a “a slightly out-of-tune super” daughter of a well-to-do family. She looks like an elegant rich daughter, but admires the trendy “gyaru” fashion subculture. Her friends are the pure, innocent, fairy-tale-like Moeko, the capricious Mao, and Nao who used to be an athletic type of girl, but now loves the boys-love genre.

First episode date and time to be confirmed

Toss another show in Crunchyroll’s summer 2015 simulcast lineup with the addition of Wakaba * Girl. As with Ushio and Tora, air date and time for the first episode have yet to be confirmed, but we’ll have the details as soon as possible. 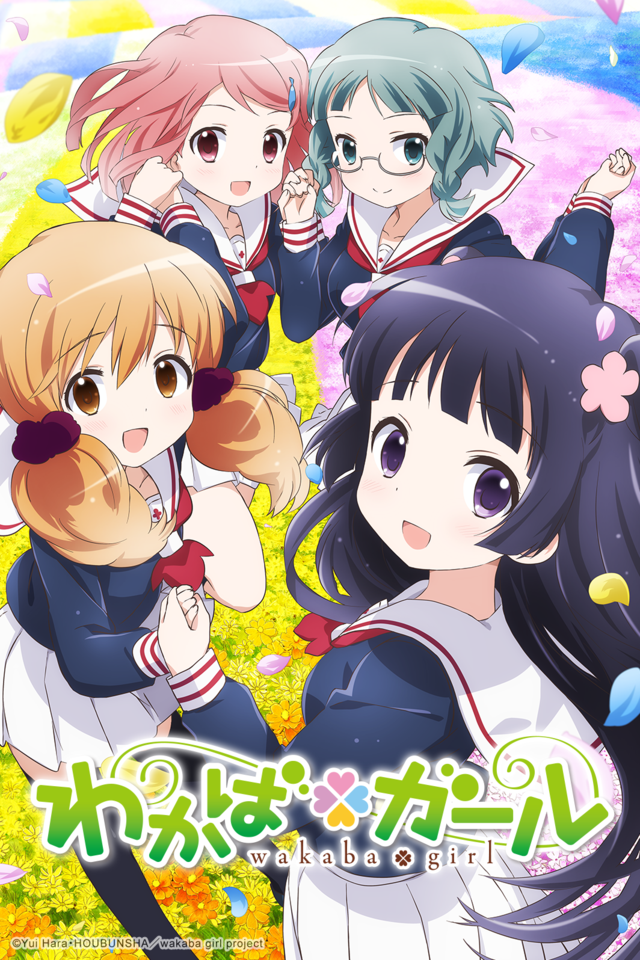 Adapted from the 4 panel manga by Yui Hara, Wakaba Girl centers on the lives of Wakaba Kohashi, the eccentric daughter of a wealthy family, and her friends. Wakaba looks like an elegant rich daughter, but she aspires to be like a trendy “gyaru”. Moeko is a pure, innocent and fairy-tale-like girl. Mao is capricious and behaves in her own way. Nao used to be an athletic type of girl, but has now become a fujoshi who loves boys love.

Wakaba Kohashi will be voiced by Ari Ozawa (Monthly Girls’ Nozaki-kun as Chiyo Sakura) , while her friends Mao Kurokawa, Moeko Tokita and Nao Mashiba will be played by M.A.O.(DURARARA!!×2 as Vorona ), Mikako Izawa (Locodol as Satsuki Kashiba) and Rie Murakawa (ETOTAMA as Nyaatan)respectively.