Plot Summary: Set a few years before Bubblegum Crisis Tokyo 2040, A.D. Police chronicles the tales of Mega-Tokyo’s special police division designed to control rogue Boomers in the city. A.D. Police Officer Kenji Sasaki faces a major dilemma: he loses another partner to a rabid boomer. A day after he’s sent off-duty, he receives a new partner in the form of German cop Hans Kleif. Funny thing is that Kenji sucker-punched Hans at a bar the night before. Not only does Kenji face the everyday task of controlling Boomers, he has to learn to adjust with his new partner.

[quote]Anime News Network
For the most part, ADV did a wonderful job dealing with the language tracks on the disc. The subtitles were translated fluently and abundantly, and the font was easy the read. The English voice actors performed commendably, and portrayed the natures of the characters well. The script was off though, and sometimes the meaning of the scenes were changed. Also, there were times when the characters would speak even when there was complete silence on the Japanese track. Despite that, the dub track was pretty good. A little odd, however, was the innate fear the characters had of using each other’s first names. Whereas first names are used on the Japanese script to address people, the English characters only used each other’s last names. Another item of triviality that was a bit unnerving was when Hans attempted a fake German accent for a line or two in the dub, but I suppose the intended humor was communicated.

After the revamp that AD Police went through, fans are in for a big surprise, as it’s much darker and more suspenseful than it was the first time around. The characters have more depth, and there are elements in the series that would glue just about anyone to the screen, whether it’s the confrontation with the boomers, or just curiosity as to what’s going to happen to everybody. The characters are readily likable, and the series is just all-around exciting. With the entire series in one convenient box set, the DVD set is a good choice for anyone who is planning on watching it. As for the anime fans out there that have no intention of watching this series-well, maybe that decision should be reviewed.

[quote]Anime On DVD
It’s somewhat hard to pin down my feelings on the show. It’s got its mediocre aspect to parts of it, but it’s actually got a pretty good story that does some setup for 2040 in the end. The designs aren’t what you’d expect coming from a 1999 show, but the content picks up pretty well as it goes along. And frankly, with this being a complete twelve episode series that lists for 35$, it’s one of those deals that’s just hard to pass up. Even if it’s bad, you get it for so cheap (2$ an episode with discounts) that it’s hard to complain. I’m going to end up giving it a recommendation based on that alone. And of those that pick it up for that reason alone, a good number will find a show that develops into something interesting.

Plot Summary: Leon is a rookie with Jeena as his partner in the AD Police, an extremely violent, anti-Boomer police division. The first story concerns a mysterious woman from Leon’s past that starts to follow him. The second story is about a serial killer who kills prostitutes and viciously eviscerates them. The final story follows Billy who is a cyborg that questions his humanity, as the only flesh he possesses from his original body is his tongue.

Oddly enough, I’m watching AD Police, episode 1 on VOD right now. I saw an episode or two a few years back on TAN SVOD online if I’m not mistaken, but never had a chance to see tha whole thing. It may just be a decent series to watch.
Slick

Yeah this show is a spin off prequel to Bubblegum Crisis 2040.
You can get it in a double pack with its spinoff Parasite Dolls for a pretty cheap price.

I have the double pack but not getting around to watching either yet.
Though I did watch Bubblegum Crisis 2040 which is just a wonderful show.

Started watching this on VOD the other day -

I did spot what may well have been someone at ADV having a little fun in the first episode:

[details=spoiler]Listen carefully as they cut to the scene in the hospital hallway where the one officer is injured. A female voice calls over the intercom “Dr. Howard to Emergecy, Dr. Fine to (radiology? I forget, doesn’t matter),” something else, then repeats “Dr. Howard to Emergency…” before the characters start to speak. Anyone else remember the intercom calling “Dr. Howard, Dr. Fine, Dr. Howard” ? All that’s missing is the office with the window in the door to get broken.

Okay, for those who don’t know, it’s a classic The Three Stooges short where every time the intercom calls Moe, Larry and Curley come out of a storage closet in some crazy way - on bikes, in go-karts, on a horse - and rush to the director’s office, where when the door gets slammed shut behind them it breaks the window - I had to giggle at that a little, anyways. It’s probably the only remotely funny thing in this episode except for the very end of it. [/details]

AD Police Files OAV Kickstarter next year. New transfer being done from the original 35mm since it was never previously released on Blu-Ray.

[size=16]AnimEigo to Launch Kickstarter for AD Police Video Anime[/size]
posted on 2015-09-27 13:00 EDT
Still planning on Riding Bean Kickstarter after aiming for this past summer 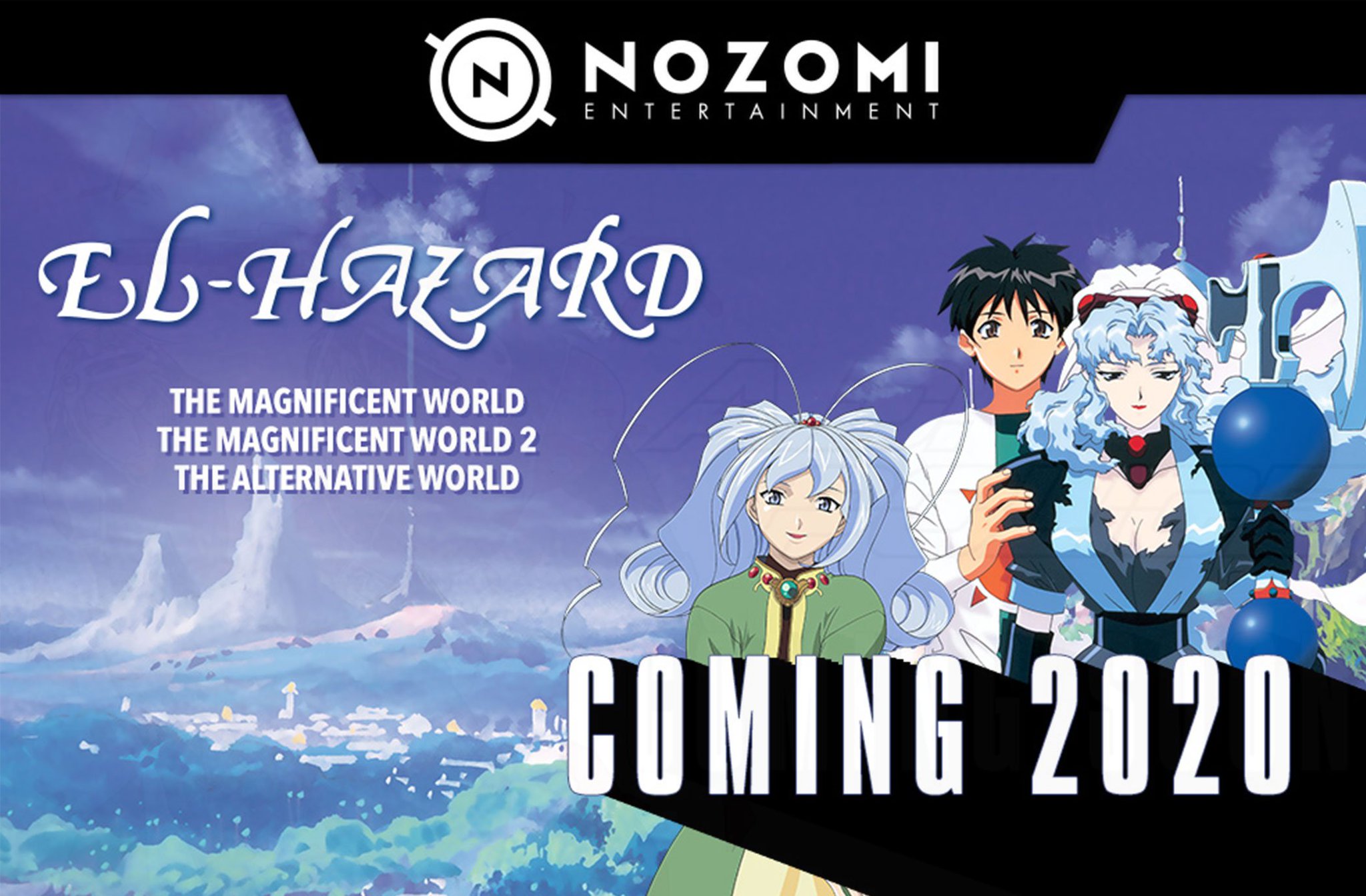 Unless it’s a typo guess they could not get the ADV dub .

I asked Shawne and it was a listing error. The listing was updated to reflect the English Dub by ADV is included.

Yay guess it’ll go in with a holiday order as filler or with Love is War .