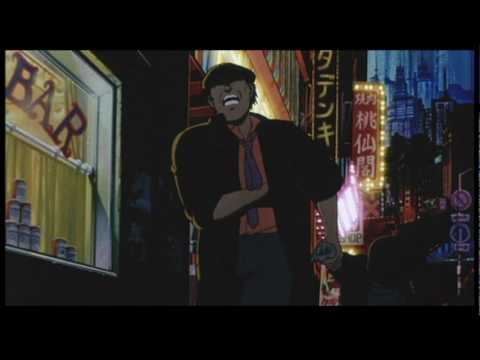 Genres: action, horror, psychological, science fiction, supernatural
Themes: cyberpunk, military, post-apocalyptic, psychics, superpowers
Objectionable Content: Intense
Plot Summary: In the year 2019, thirty-one years have passed since the outbreak of World War III. In Neo-Tokyo, all authority is waging a never-ending struggle against the underground that virtually rules the shattered city. A top-secret child with amazing powers of the minds breaks free from custody and accidentally gets a motorcycle gang involved in the project. The incident triggers psychic powers within one of the members, Tetsuo, and he is taken by the army and experimented on. His mind has been warped and is now on the path of war, exacting revenge on the society that once called him weak.
Running time: 124 minutes
Vintage: 1988-07-16
Opening Theme: “Keneda” by Geinoh Yamashirogumi
Ending Themes: “Kaneda” by Geinoh Yamashiro-gumi
“Requiem” by Geinoh Yamashirogumi

Akira Gets Blu-Ray Disc in Japan, U.S. in February

An Akira TV series would be exciting. We shall see what happens. 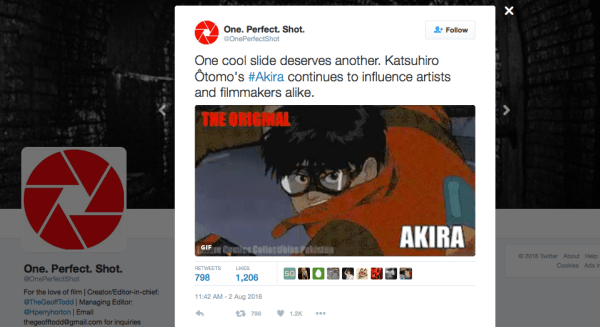 Amazing GIF compiles some of the best scenes inspired by Kaneda's drifting in...

We doubt anyone could ever forget just how influential Akira is, but here's a GIF to remind you just in case you ever do!

Parody of Akira movie poster makes pretty much any character look as cool as...

Akira's theatrical poster is almost as iconic as the movie itself. But who knew that a character walking towards their ride could look as badass as Kaneda? 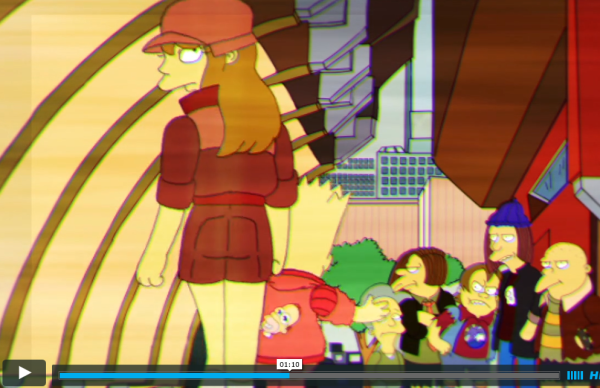 Each era of pop culture at some point has to go through the uncomfortable transitional period where it’s too old to be trendy and too new to be retro. Right now it’s the ‘80s turn in the hot seat, with the decade’s movies, music, and fashion facing...

How ‘Akira’ Has Influenced All Your Favourite TV, Film and Music

Sneak Peek of OTOMO: A Global Tribute to the Mind Behind Akira

April 25, 2017 8:20am CDT
According to the integration scene in Akira, April 25, 2017 is the date that Shōtarō Kaneda first got his drivers license

May 29, 2017 3:55am CDT
Forbes recently spoke to Katsuhiro Otomo about Akira and his other works

Join us in congratulating Kaneda from Akira for his milestone on 17 March, 2018!

Our little Kaneda is growing up so fast... KANEDA!!!