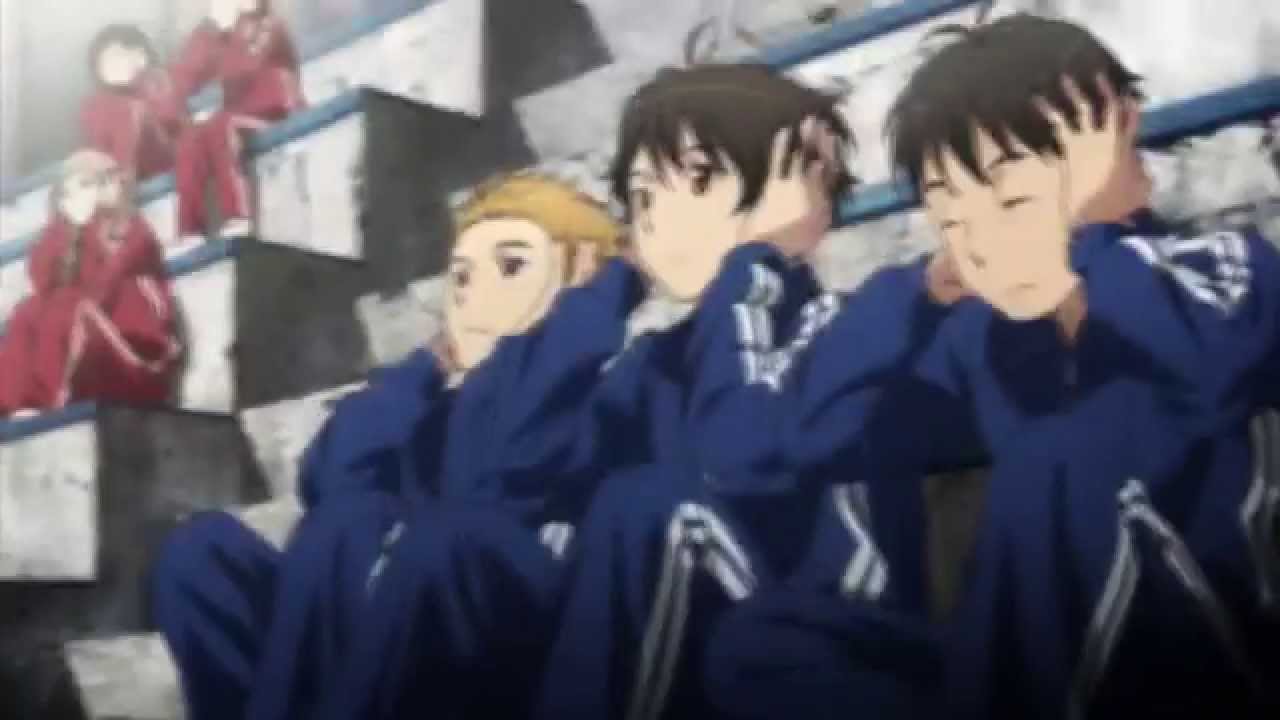 Plot Summary: In 1972, the Apollo 17 mission discovered a hypergate to Mars on the surface of the moon. Soon a war breaks out between Earth and Mars, and Martian soldiers begin to descend from the sky, riding steel giants, intent on exterminating humanity. (from ANN) Plot Summary: Seeking for revenge, Count Saazbaum, a Martian, attacked the Earth. Later on, the war between the Terrans and Martians ended with Earth’s Terrans gaining the victory. However, nineteen months later, the battle between them continues. Martians still continues to invade the Earth and the Terrans to protect it. (from ANN)

So… iDols from iDolmaster, in a loose plot around Titania, featuring another Majestic Prince set of protagonists?

So, just another Voltron rip-off then? (like Gravion, Gundam, Pilot Candidate,etc…)

dont really care for the look of the mechs, but i will give it a chance next week because, mechs.

The art in this one has some issues. Originally I was thinking that the Martians were drawn oddly to demonstrate that they were a new “race” but then the terran among them was drawn the same way and the Earth-bound terrans, while looking different, still had wacky art.

Episode one couldn’t have been more generic, plot-wise. Perhaps it’ll get better but I don’t know if I’ll stick around to find out, though I’ll try to enforce the 3 episode rule of thumb. Except for the boozing, brooding instructor everyone else was a cardboard cutout.

They actually use the inferior tech they have, to actually form a strategy and defeat the uber powered enemy mech, in a believable fashion.

Im a season of OP badasses, Inaho is the man, and he doesn’t need magic or be in a VMMO to do it.

Inaho passes his thermodynamics test and saves the ship once again.

Does anyone find it Ironic

That they are at Tangeshima Island, and look they found the Blume!

Does anyone find it Ironic

That they are at Tangeshima Island, and look they found the Blume!

Slaine, Sucks to be you, Dude…Worst Luck ever…