###Final Fantasy: Legend of the Crystals

[quote]Genres: adventure, comedy, fantasy, romance, science fiction, supernatural
Objectionable content: Mild
Plot Summary: A continuation of the events from Final Fantasy V. 200 years after Batz and his friends saved two worlds from the threat of ExDeath, a threat arises and seeks to take the Crystals for itself. Linaly, a descendant of Batz, and her friend/protector Pretz journey to the Temple Of Wind to seek the source of this new danger.
Number of episodes: 4
Vintage: 1994-03-21 to 1994-07-21[/quote]
ANN Info Page

###Final Fantasy: The Spirits Within

[quote]Genres: action, fantasy, science fiction
Themes: military
Objectionable content: Mild
Plot Summary: A planet is overrun by a mysterious group of creatures that infect and destroy all life on Earth. Only the determination of a single woman to find a cure will prevent the world from slowly being eaten away. Yet there are those from within who are impatient for results and will do anything to win this war.
Running time: 106 minutes
Vintage: 2001-07-02[/quote]
ANN Info Page

[quote]Genres: adventure, fantasy, science fiction
Objectionable content: Mild
Plot Summary: Ai and Yu, after reading their parent’s research and after their parents’ disappearance, they decided to go on search for them. They ride a strange train to the Inner World in search of their parents and meets up with Lisa in the train and together they begin their journey within the Inner World.
Number of episodes: 25
Vintage: 2001-10-02 to 2002-03-26[/quote]
ANN Info Page

[quote]Genres: action, fantasy, science fiction
Themes: epidemic, fighting, post-apocalyptic
Objectionable content: Mild
Plot Summary: Two years after the end of Final Fantasy VII the world is starting to get back on its feet and is working towards a new future. However, there is a new threat from a new illness called Geo-stigma, and three men that seem to be seeking Jenova. Cloud and his friends from the original game must once again reunite to combat the new threat.
Running time: 101 minutes
Vintage: 2005-08-31[/quote]
ANN Info Page

[quote]Genres: action, drama, science fiction
Themes: human experimentation, tragedy
Objectionable content: Significant
Plot Summary: After the destruction of Nibelheim at the hands of Sephiroth, Zack and Cloud are on the run from Shinra Inc. As they make their way back to Midgar, they recall the horrible events that happened at Nibelheim, as well as fight for survival against Shinra.
Running time: 25 minutes
Vintage: 2005-09-14[/quote]
ANN Info Page

###On the Way to a Smile - Episode Denzel: Final Fantasy VII

[quote]Genres: drama, fantasy
Plot Summary: It’s been four years since Meteor fell on Midgar. Denzel meets Reeve at an outskirts coffee shop about joining the World Regenesis Organization. upon the request Denzel tells Reeve about what his life was like prior to the Meteor incident.
Running time: half hour
Vintage: 2009-04-16[/quote]
ANN Info Page

[quote]Plot Summary: The magical kingdom of Lucis is home to the hallowed Crystal, but the menacing empire of Niflheim will stop at nothing to make it theirs. War has raged between the two for as long as most can remember. King Regis of Lucis commands an elite force of soldiers dubbed the Kingsglaive. Wielding their king’s magic, Nyx Ulric and his fellow glaives stand before the crown city of Insomnia, fighting to stay the inexorable advance of Niflheim’s imperial army.
Vintage: 2016-07-09[/quote]
ANN Info Page

###Final Fantasy VII’s Denzel Novel Confirmed to Get Anime
posted on 2009-03-03 12:16 EST
On the Way to a Smile Episode: Denzel released with Advent Children Complete 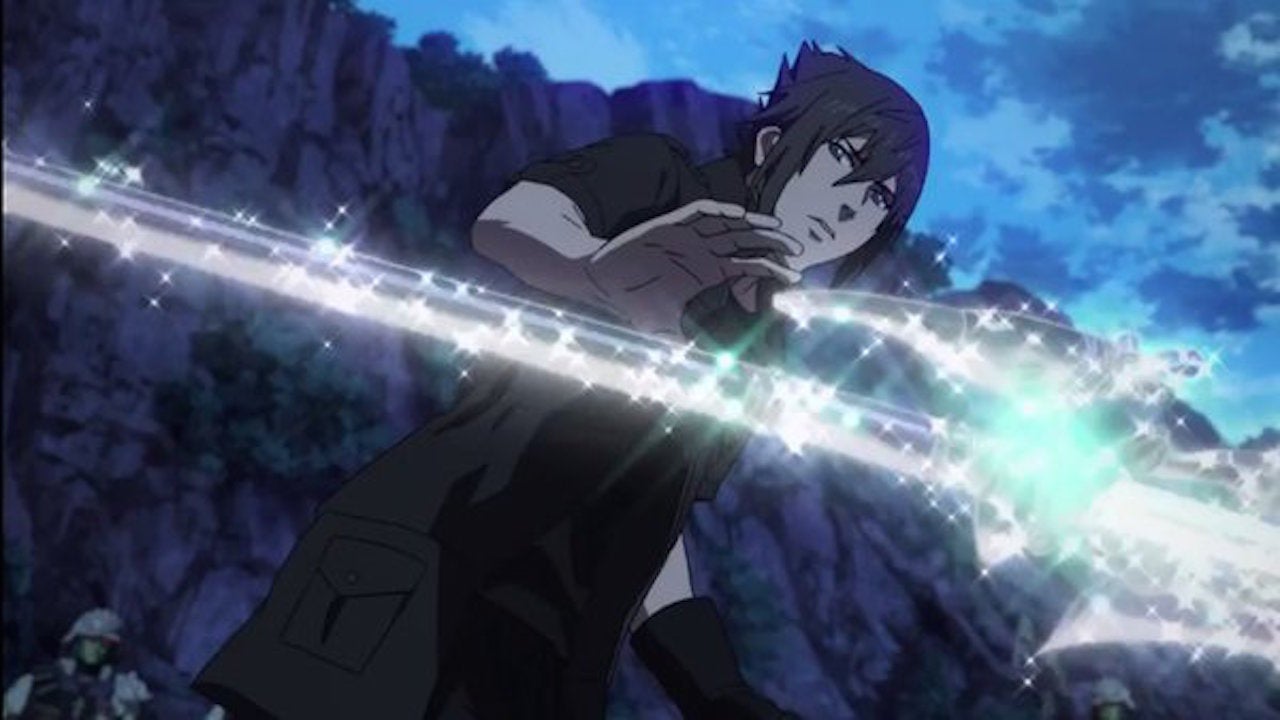 http://www.crunchyroll.com/anime-news/2016/03/31/final-fantasy-xv-videos-preview-feature-film-flying-car-and-more
March 31, 2016 11:43am CDT
Platinum Demo now available on PlayStation 4 and Xbox One