Genres: action, drama, fantasy, science fiction
Themes: family, fighting, mecha, superpowers
Objectionable content: Significant
Plot Summary: 10 years ago Dr. Shizuma and his colleagues invented the Shizuma drive which is a revolutionizing new form of renewable and recyclable energy. Though they had to pay a heavy price for their success in a catastrophic accident that the world only wants to forget about. However, all is not well as the secret organization Big Fire is hell-bent on taking over the world. They have obtained two of three mysterious Shizuma drive samples with an unknown function, which are an integral part of their world domination plans. The third sample has however been stolen by Dr. Shizuma who during his escape is saved by Daisaku, Giant Robo and the Experts of Justice. Then a desperate struggle begins between the Experts of Justice and Big Fire for the control of the last sample as Big Fire unleashes their mightiest weapon, the Eye of Volger, upon the unsuspecting world. Soon everything points towards the hidden truth behind the accident 10 years ago as the starting point of everything.
Number of episodes: 7
Vintage: 1992-07-22 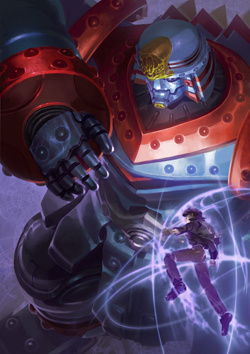 Genres: action, adventure, drama, science fiction
Themes: mecha
Plot Summary: The hero is Daisaku Kusama who encounters an enormous robot “Giant Robo 1 (GR1)” at ruins in Okinawa. He makes a contract with an ancient to be the commander of GR1. Daisaku is genetically modified to become one with GR1 to fight. The ally organization is “UNISOM.” The enemy organization is “Gigantic Rebellion Operators (GRO).” They manipulate Giant Robos and start “armored terrorism” through the world. The mysterious girl in this anime is V. V is a girl who appears in front of Daisaku like an illusion. Her relationship between the GR is unknown.
Number of episodes: 13
Vintage: 2007-01-19

This show needed a thread here. It’s a great OVA from the 90’s. The production values are amazing. When I saw this on DVD I was astounded it was not a HD image. The story really isn’t anything too special, but the characters are great and you really like everyone in the show. I also want to highlight that the litebox edition is currently Giant Robo DVD Set (Hyb) - Litebox for a really good price. I’m not sure which dub this has on it, I’m guessing the newer one. I saw this with the old dub which was pretty good, and I don’t know how good the newer dub is.

I loved this when I watched it years ago. Their was the Gin Rei OVA which was included as part of the Giant Robo releases and a newer TV series in 2007 as well that I doubt will make it over here at this point.

While it’s cool looking it’s one of the worse DVD cases I own. Takes up way to much room and just barely stays together. Also the disc are in CD cases inside. Mine is in the box because the thing has issues with sitting on a shelf.

Yeah that’s what the person I watched this with had. I actually saw that set at Suncoast in a ripped up beat up box for $55 I think it was. Did you watch the new dub or the old dub?

I saw the first 3 episodes of this so far. it’s a pretty cool show, and just dripping with style. I really like the characters too. The only real problem i have with it is it’s a little hard to follow. But I really like it.

MB sale at RSI, there is no reason for you to not go buy this show right now. In fact, I’m going to go buy it now.

Giant Robo and the Beautiful Night 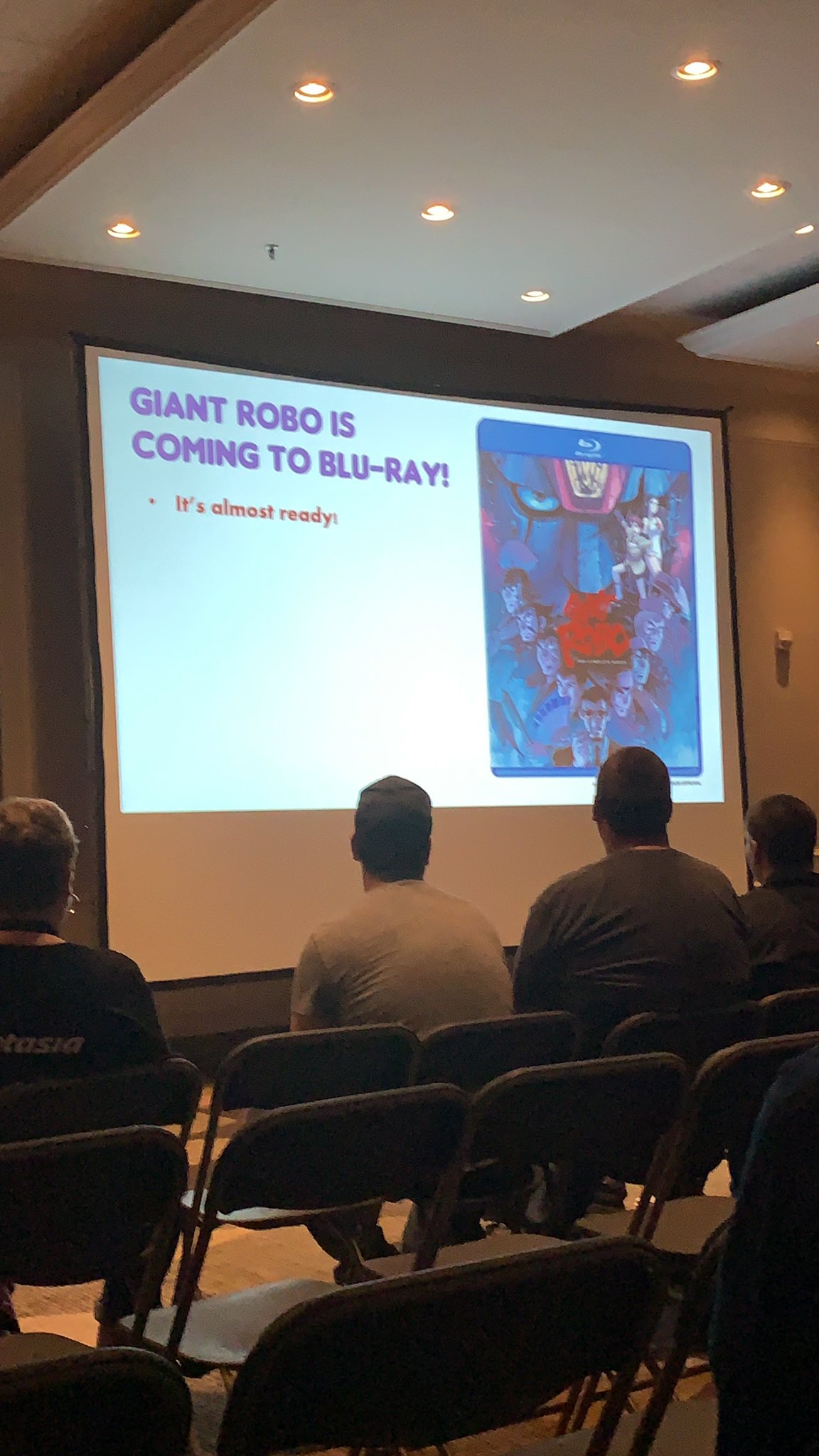 Giant Robo on Blu from Discotek!

Can finally ditch the Eye of Vogler .

Just sent Giant Robo off for QC. Good lord, that’s one insane pair of discs — 4 audio tracks and something like 10 hrs of bonus features. Buy it because it nearly killed @ashuraou (again)

@ashuraou Both art galleries are 181 frames long. And there’s a 41 frame liner notes section. And the compiled credits are a total of 11 min. And the US Renditions/LA Hero logos are hidden on there somewhere. Also, grand premiere disc for our new compilation trailer.
1 Like
Slowhand September 7, 2019, 2:10am #12

@discotekmedia • Giant Robo lurches forward. @MarcFBR is almost done with QC, then come all the fixes. Terrified to look at his report. • Dokuro-chan and the first of three 3-disc GE999 TV releases have been sent for QC. • Bobobo enters authoring next week. Oh god, that's gonna hurt
Slowhand September 30, 2019, 12:13pm #13

Print press time! Full overview of the packaging will be coming soooooon.

What is this? Hmmmmmmmm.

For people who keep asking... The Giant Robo release doesn't come with the Ginrei Specials; those will be their own separate disc. Even if we wanted to, we wouldn't have been able to fit them onto this set. The discs are 99.99% full; apparently a record for @worldofcrap and me. https://t.co/383ndIOXzf

@ashuraou Indeed, these discs are very high on the list of most insane/ambitious releases we’ve ever done. Just the sheer quantity of stuff — including fixing up existing translations — is just mind blowing.

Heeeello Robo-fans! Guess what! Giant Robo is officially out! All 6 episodes, remastered in High Definition. Both Dubs. Tons of extras. WELL worth the MSRP... yet it's cheaper if you pick it up at Rightstuf! https://t.co/JQgiVdNo6O https://t.co/wwW7RwDUWL

You've been waiting since before Giant Robo came out, so here's the opening to the Ginrei Specials! https://t.co/gcVcsS54mw

Ginrei Specials gets a brand new crazy upscale, probably the best we've ever done! It has a ton of extras. This one has never gotten a Blu-ray 'anywhere' before. https://t.co/EBdvnr2JXT 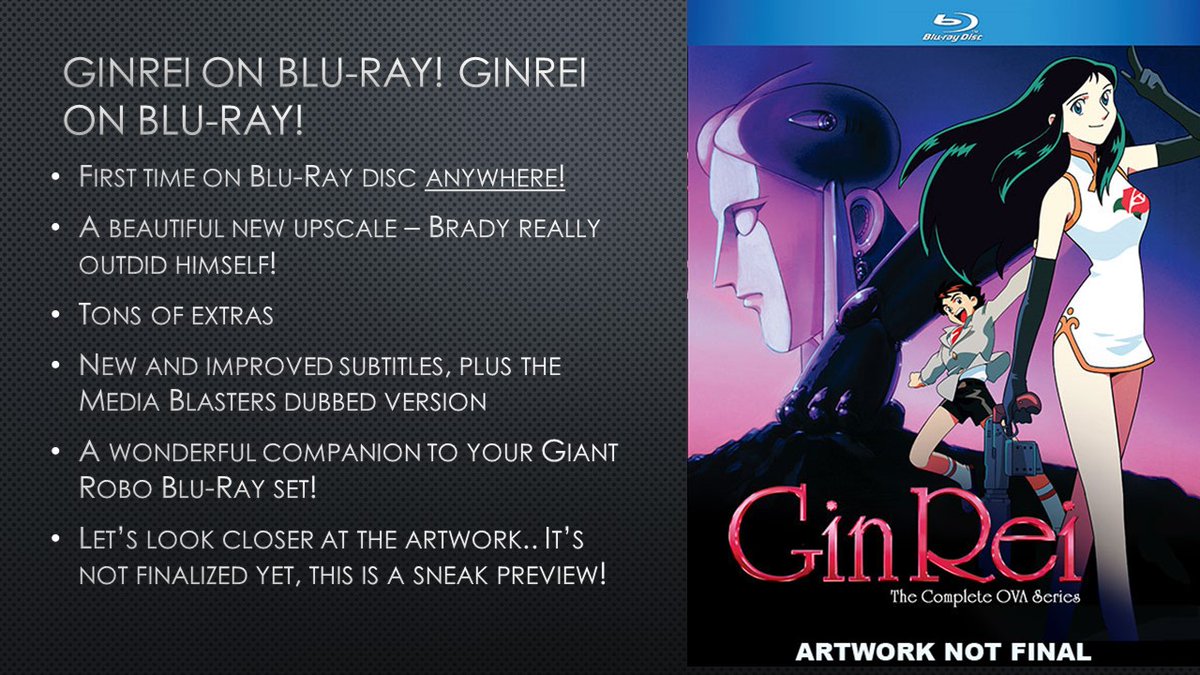 A not final peek at the packaging artwork for the Ginrei specials. The second image is the reverse of the insert. https://t.co/NOa0wrh9BR 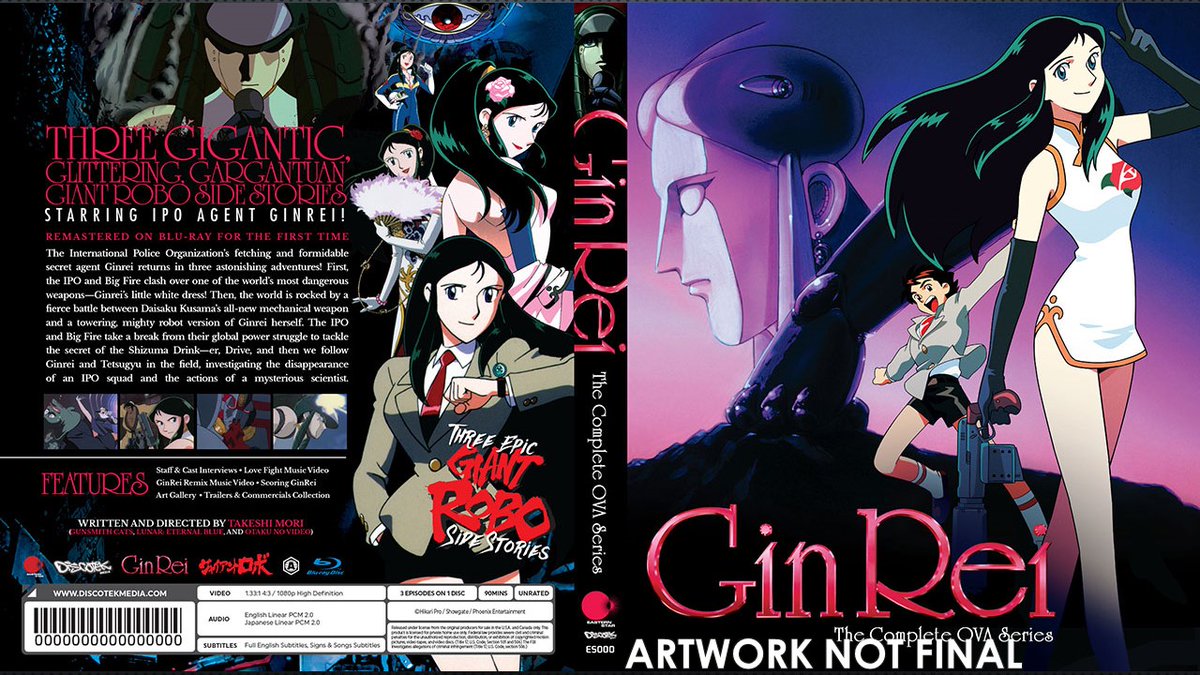 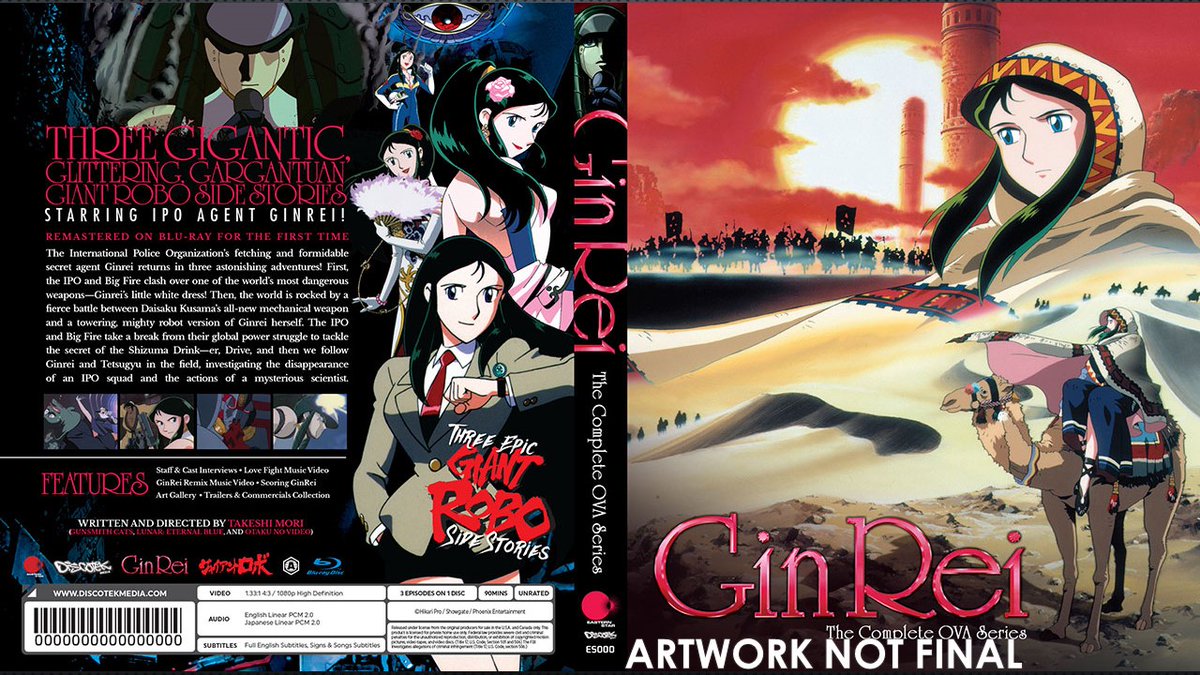 A look at the Ginrei disc, plus the spine! https://t.co/vciah72nAf 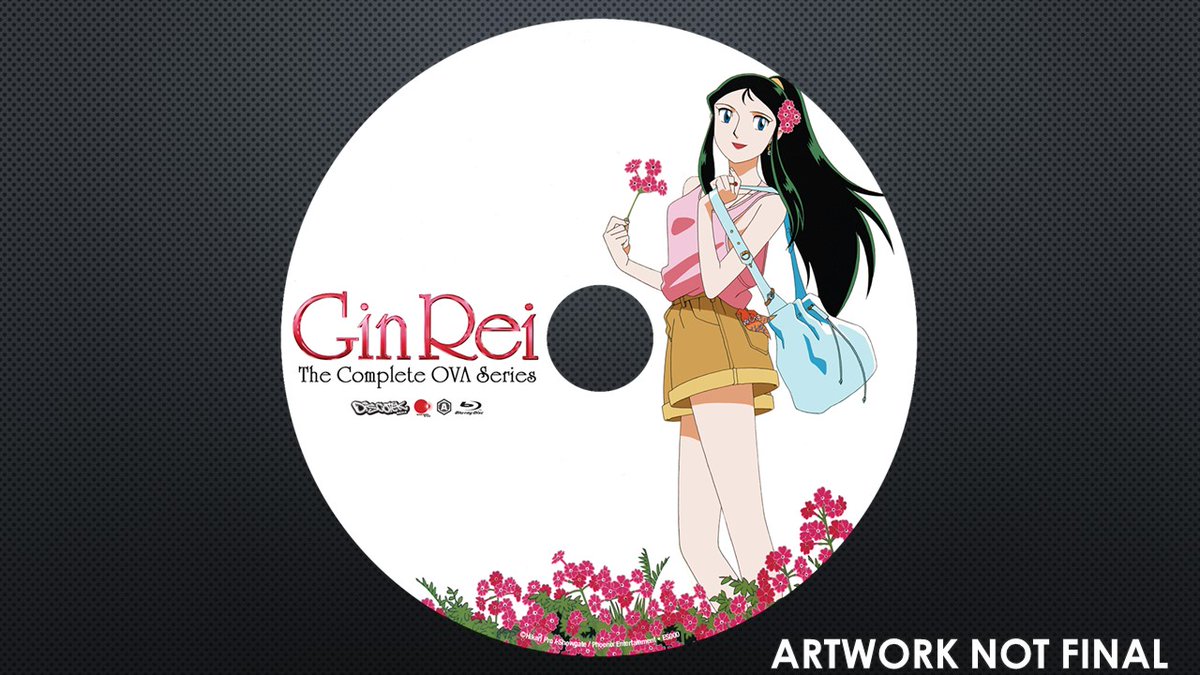 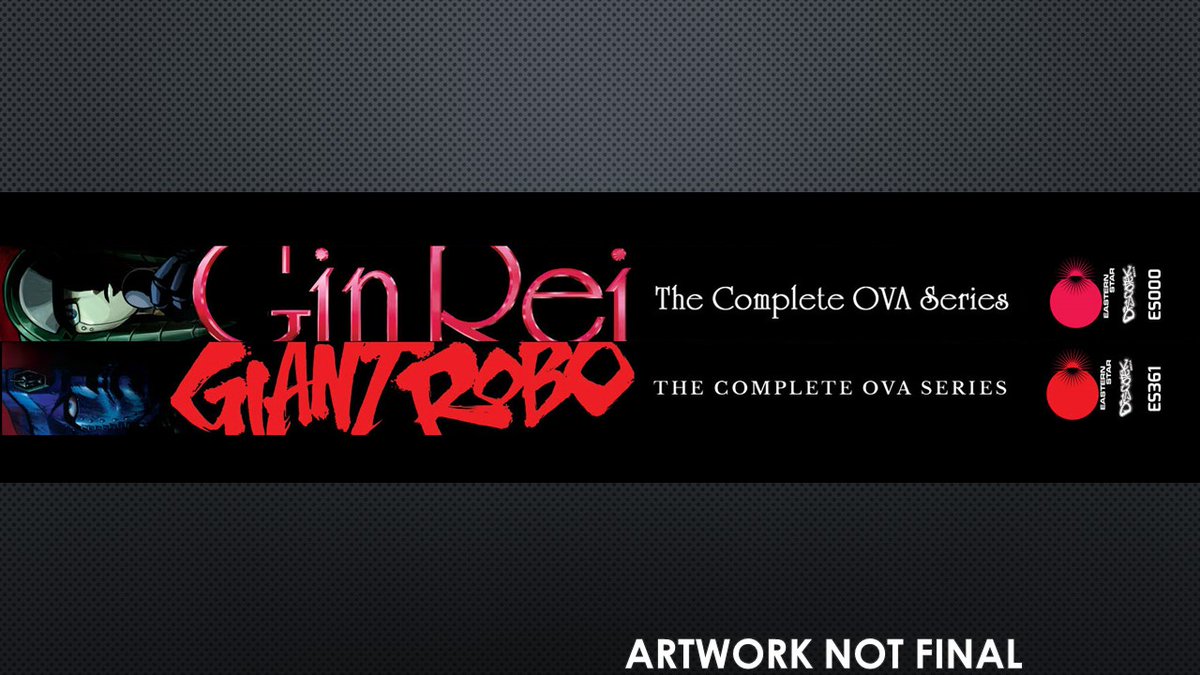 Subject to approval, but Ginrei postcards will be included! https://t.co/xrr6RtJi5B 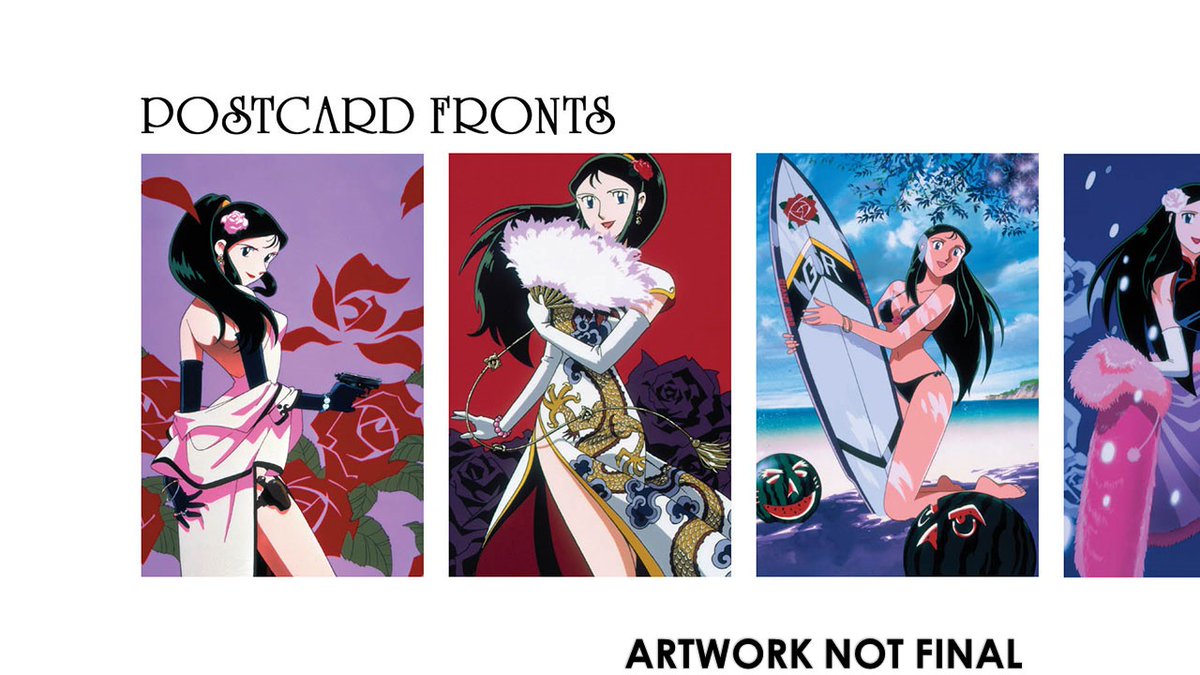 GinRei - There was so much stuff that it was worth its own release. (Separate licensor anyway.) @BradyHartel broke himself making the upscale almost flawless. rightstufanime.com/GinRei-OVA-Ser…
1 Like