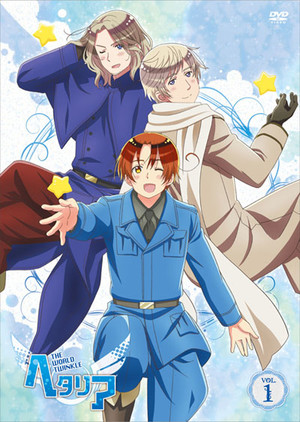 The official website for the Hetalia The World Twinkle anime released a summary and screenshots for an extra episode that will be included in the anime’s first DVD box set on October 28.

The episode, titled Doitsu, Dōkyo Suru (Germany, Live Together), will focus on Austria and Germany living together after Germany returns from a long absence. Germany ends up with no free time while looking after Austria, and is surprised at the lifestyle Austria has adopted while Germany was away.

Hetalia The World Twinkle is the sixth anime season inspired by Hidekaz Himaruya’s Hetalia manga. The series premiered online on the d Anime Store (Docomo Anime Store) and other services on July 3, and Funimation is streaming the series with English subtitles.

[SCREENSHOTS ON THE ANN LINK] 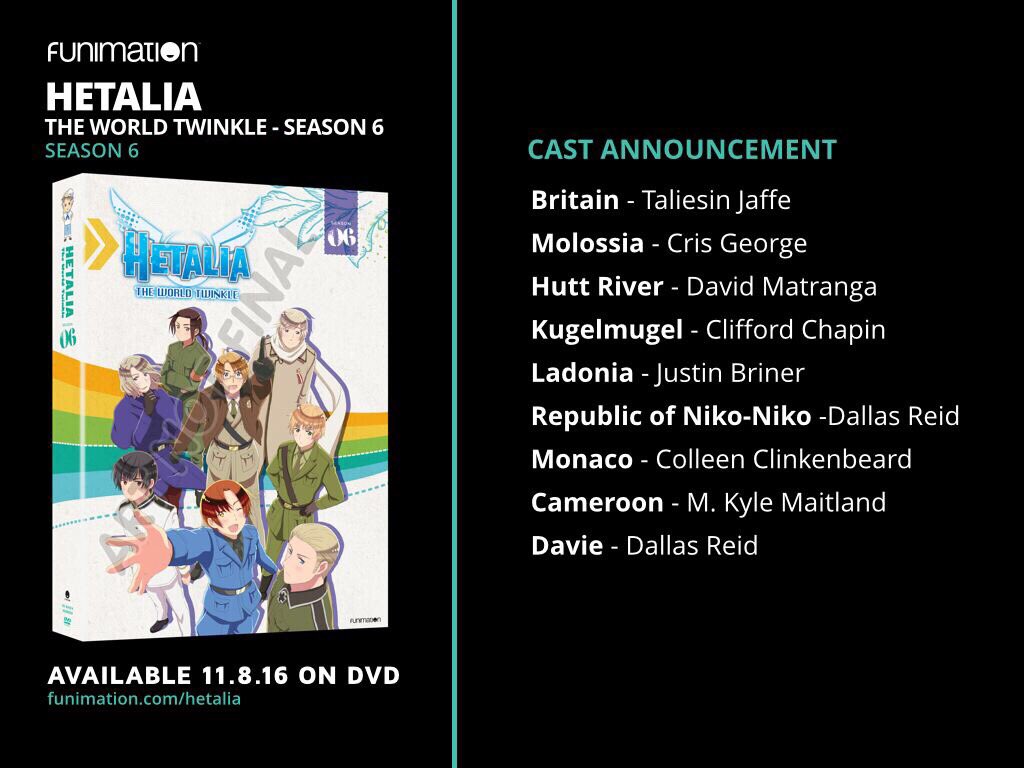 #Hetalia fans, we got you! Say cheerio to some new voices--@executivegoth @ccarrollbeard & more! #Otakon2016

Crunchyroll Adds “Hetalia” and a Ton More Anime to Catalog