Genres: magic
Plot Summary: In L.C. 922, people faced a sudden crisis. In Tetra Heaven, the land of legend, 100 years of war had come to a close. The gods who lost the war searched for a new place to live, and found it in Septpia, the human world, which they proceeded to attack. The Logicalists attached to ALCA, a special police agency whose duty it was to protect cities from assaults by foreigners (angels), were compelled to act in defense of cities, whether they wished to or not. Depending on their ability, Logicalists could initiate trance with goddesses from the other world, and stand a fighting chance on the battlefield. A civilian named Yoshichika Tsurugi, who lacked “Logic” and lived happily with his family, was caught up in an attack, and took shelter along with many people. He meets a beautiful goddess named Athena. In her hands, she had the “Logic” that Yoshichika lacked. Now both Yoshichika and Athena head to their destiny.
Number of episodes: 12
Vintage: 2016-01-09 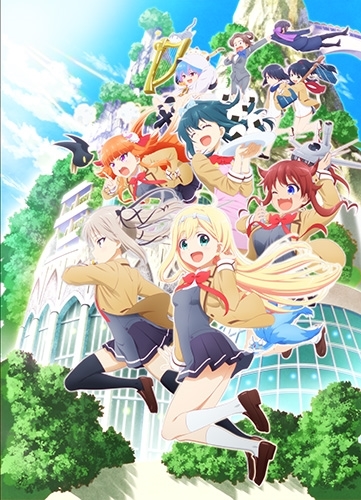 Funimation to Stream Dagashikashi With Dub