Originally released in June 2014, Lupin III: Daisuke Jigen’s Gravestone is a spinoff of the 2012 television anime Lupin III: The Woman Called Fujiko Mine, and features much of the television anime’s creative staff, including director, character designer, and art director Takeshi Koike. The film tells the story of how Lupin and Jigen became partners. The two undertake a heist in a fortified country, and Jigen’s life is threatened by a skilled sniper.

Discotek Media plans to release the movie on Blu-ray and DVD with the dub and English subtitles.

The Castle of Cagliostro

A blog devoted to our labor of love, the upcoming North American release of Hayao Miyazaki’s film debut, Lupin the Third: The Castle of Cagliostro, by Discotek Media/Eastern Star. (Legal: Opinions shared are the maintainers’ alone, not Discotek’s/TMS’. Film and Materials © Monkey Punch / TMS Entertainment Co., Ltd… All rights reserved.) Hello again everyone! Lupin the Third: The Castle of Cagliostro on Blu-ray is being pressed and should be making its way to those of you with Discotek Media Store pre-orders very soon, and widely available (for those who ordered elsewhere) sometime around June 23rd. In the meantime, we have some more extras to reveal! Today let’s talk about interviews.

Unfortunately, we could not secure the lengthy interview with animation director Yasuo Ohtsuka from the 2006 Special Edition DVD Manga Entertainment released, so if you must have that interview (and it’s good!), definitely hold onto your copies. However, we DID clear a shorter-but-denser interview with him, previously seen only on certain French releases! And it’s not just him.

This is the first time any of these interviews have been seen with an English translation!

We had a wonderful audio interview with Bob Bergen, who voiced Lupin for Carl Macek’s 1992 dub of the film. He told us about how he got hired for the part and gave us some behind-the-scenes insights. It runs just over 15 minutes long!

It’s no surprise to many of you, but it’s David Hayter, Lupin’s voice from the 2000 English dub! The interview is over a half-hour long and both interesting and entertaining! Mr. Hayter was also kind enough to record a brief introduction for the film, which is what you see above. In his interview, David tells us his thoughts on why the film is such a pleasure, what he loved about playing the character, and lots of other neat stuff!

Naturally, we adapted the questions you folks submitted for both of these interviews, so hopefully you learn something you wanted to know!

Oh, and after Bob’s and David’s interviews, don’t cut back to the menu too early. How about another new feature announcement for The Castle of Cagliostro on Blu-ray Disc?

Art galleries! There are three unique galleries on the disc. Much like slideshows, they will cycle through the images while playing music from the movie. We spent months painstakingly sourcing, rescanning, and restoring each and every piece of art that was cleared to be included on this release.

Got the disc today.

The transfer is same one used on the Studio Ghibli release in Japan. It’s not perfect but for me, it’s miles better than the VAP master. Better colors and an overall more filmic look.

The audio tracks are in amazing shape from what I can tell. I’m amazed at how clear the Japanese Mono and Streamline tracks sound.

Hey all, here to announce Lupin the Third Part 2!!! Red coat Lupin takes to the many screens of Crunchyroll to provide you non-stop action and fun. Both the sub and the dub of Lupin Part 2 will be available in the US and Canada starting IMMEDIATELY! 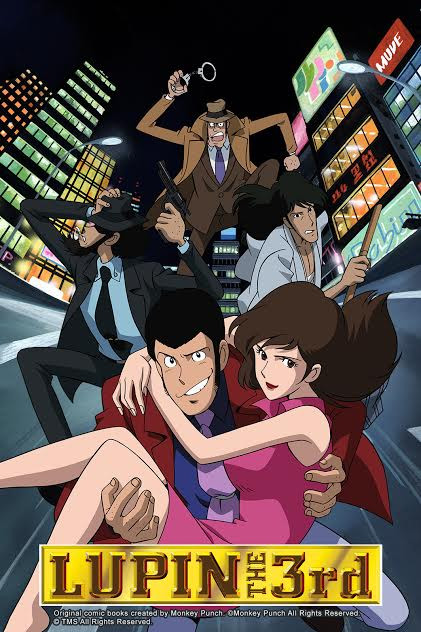 Five years have passed since master thief Lupin and his gang made their daring escape out of Japan and went their separate ways. Then one day Lupin, Jigen, Goemon and Fujiko each receive an invitation from Lupin for a reunion aboard the luxury liner Sirloin. Reunited on the ship, they discover Lupin didn’t send the invitations and the reunion is a trap by a vengeful Mister X, the Leader of the Scorpion Gang! Foiling Mister X’s plot while evading his ICPO nemesis, Inspector Zenigata, is all in a day’s work for Lupin and his gang, as their heisting adventures around the globe begin again!

Release will include Funimation’s English dub 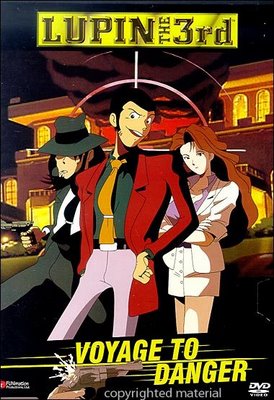 Discotek Media announced on ANNCast on Friday that it has licensed the anime special Lupin III: Voyage to Danger. The company will release the special on a remastered home video.

Funimation previously released the 1993 special on DVD in 2003, and again in 2006 as part of a movie collection. Discotek’s release will include Funimation’s English dub. 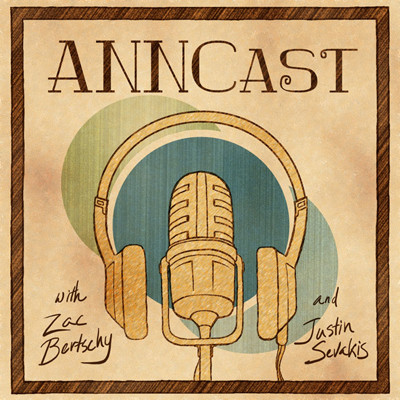 Discotek representatives Brady Hartel and Reed Nelson stop by to talk about their most recent prestige release, The Castle of Cagliostro on Bluray. Plus: an announcement!

You can listen to the show on our player here, direct-download the MP3 version, or you can just use these handy links:

RSS feed (for other software)

Also: if you like the show (or don’t like the show, I guess) be sure to write us up a review over on iTunes! It’d be a big help!

And that’s it! See you next week!

Have questions for the ANNCast crew? Tweet 'em to @ANNZac! Or check out the community forums thread about the show, or send email questions to zac@animenewsnetwork dot com!

Oh yeah they will be monitoring the performance of Jigen’s Gravestone very closely to decide if they want to do more original dubs.