Plot Summary: Ungrar, the King of Viruses, has escaped from his prison cell in Vaccine World. Maya, the Goddess of Vaccine World sends Mugimaru down to Earth to find a human to accept the powers of Vaccine World and become the Magical Nurse. He finds the best (and the only willing) person for the job when he meets Komugi Nakahara. Komugi is a playful, lazy, and easily distracted (typical) teenager whose dream is to become a cosplay idol. Balancing her career with the Kiri-Pro Promotion Company and her new job battling Ungrar’s loyal henchman, the Magical Maid Koyori, Komugi delights audiences in this parody anime series. 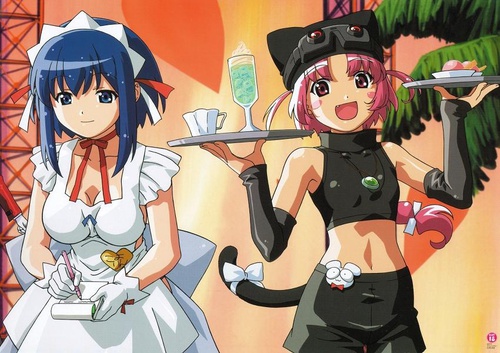 Plot Summary: The Kiri-Pro Promotion Company’s member is working in a cafe when a new character’s songs are introduced. 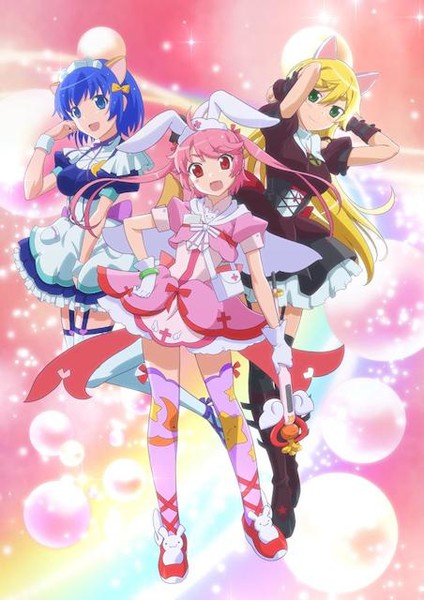 Plot Summary: Komugi Yoshida is a somewhat clumsy second-year middle-school student whose strong point is her spiritedness. She performs as an idol like Kokona Saionji (her classmate and close friend) and Tsukasa Kisaragi (an idol who dresses in male clothing). However, unlike Kokona whose popularity is skyrocketing and Tsukasa with her charisma in male attire, Komugi’s only gigs are low-end ones like those at the local shopping district. Still, Komugi has her “dream” as she lives her dual lives as a idol and a middle school girl. One day, a mysterious injured creature named Usa-P appears before Komugi and asks if she wants to be a Legendary Girl who can use magical powers. She reluctantly becomes Magical Nurse and fights waves of masked figures. Meanwhile, a Magical Maid and a Magical Sister also show up.

Lol… this is one release I didn’t like at all. It wasn’t horrible, but I thought it was weird and boring.

I’m on the same boat with you Dragonrider. It has some funny parts, but just not enough to save it. Far too Corny.

I did enjoy all the Gatchaman references.

This will be expiring from the Online Player on August 16.

a new Soul Taker would be great as well…