That’s just me though

The acronym stands for Vertical One-man Tanks for Offense & ManeuverS, but don’t let the “Tank” part of the name VOTOMS fool you. Lightly armored, cheaply produced and powered by an explosive fuel mixture, these one-man power-suit systems are walking deathtraps, and only a fraction of the soldiers who dare to venture into combat inside one will survive their full deployment. But even in the human flesh grinder of the 100-year-old war between Gilgamesh and Balarant, there are a handful of pilots who are just too mean and stubborn to die… pilots like Chirico Cuvie. Get ready to penetrate the enemy front lines in the most realistic Giant Robot combat series ever created, and learn why the most dangerous part of a VOTOMS is the man inside it, in this spectacular ultimate collection of ARMORED TROOPER VOTOMS!
Rating: TV-MA (D,S,V)

There are several ways to score in rugby, but a “Try”, where a player touches the ball to the ground inside the opposing team’s goal area while remaining in contact with it, is the hardest. It’s also the way that earns the most points and sets up yet another way to score, a conversion. Riku Haruma, who played rugby when he was younger, has a conversion of his own when he sees the school’s struggling team practicing on field. Although he’s not big enough to keep up with powerful players like Akira Kariya, Riku has far more experience and, when a bit of offered advice causes an immediate improvement, Riku realizes that what the team really needs is leadership. Now, with Riku’s tactics and schooling to drive them forward, it’s time to make winners out of the TRY KNIGHTS!
Rating: TV-14

They should never have met. They shouldn’t even exist. But when they come together, the entire world will change. The last surviving member of her clan, Mirai Kuriyama is cursed with the terrifying ability to control and manipulate blood, a power so heretical that she is shunned even by those with the ability to understand her “gift”. Akihito Kanbara is only half human, but while the monstrous other half of his lineage seems to have doomed him to a life alone, it has also given him near invulnerability in the form of rapid healing. Alone, their futures seem bleak, but when a chance encounter brings them together, it becomes clear that they share more than just an unexpected bond. Together they share a destiny and a mission that only the two of them together may be strong enough to survive. Beyond the world that we know, in a realm where nightmares are real and legends walk, their future awaits BEYOND THE BOUNDARY.
Rating: TV-14 (D,V)

ll Misuzu Moritani has to do is think about it and, for three minutes, time seems to halt for everyone but herself. But three minutes isn’t long enough to go anywhere and come back, especially when you can only do it once a day. So, mostly Misuzu just amuses herself… until she makes the mistake of sneaking a peek up the skirt of a classmate she’s been crushing on and it turns out that Haruka Murakami is somehow immune to Misuzu’s powers! Oops. And now a really embarrassed Misuzu has to make it up to Haruka. Double oops. Even if it means getting into a “relationship”. Wait, what? With great powers come some really big apologies and maybe a new romance as two girls take a little time off from the world in FRAGTIME!
Rating: TV-14 (D)

Hey guys! We are having daily giveaways on our Instagram! Head over to our IG: sentaifilmworks for a chance to win and to learn more! ✨ https://t.co/p6NQkrQGnc 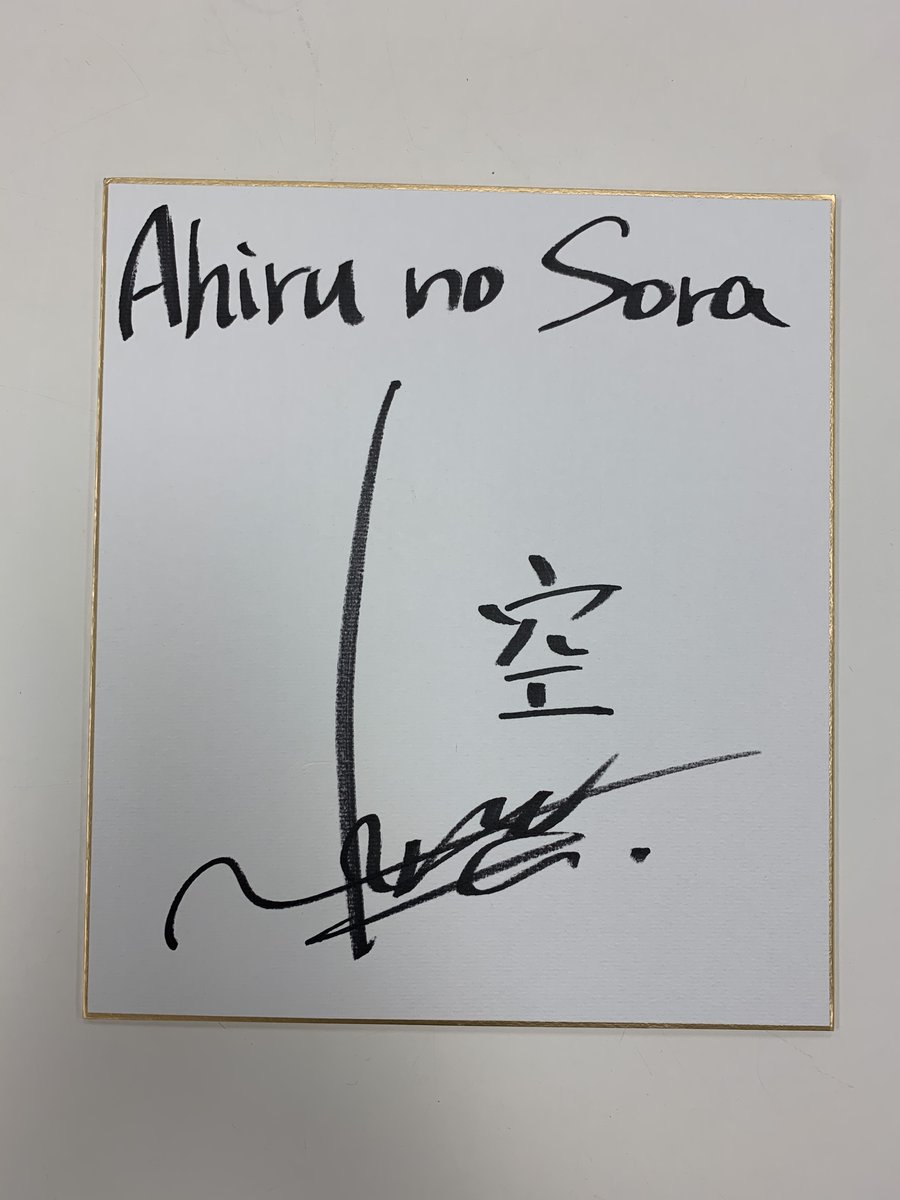 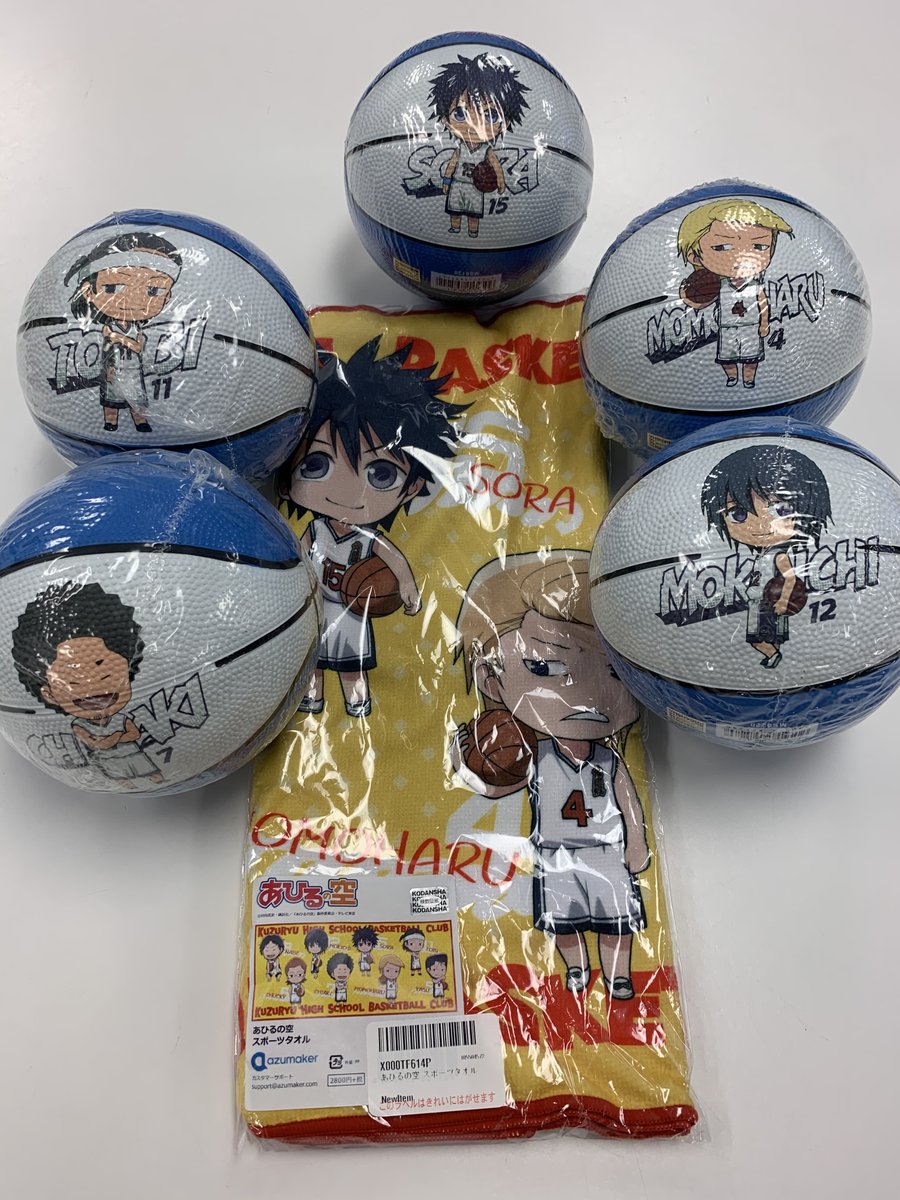 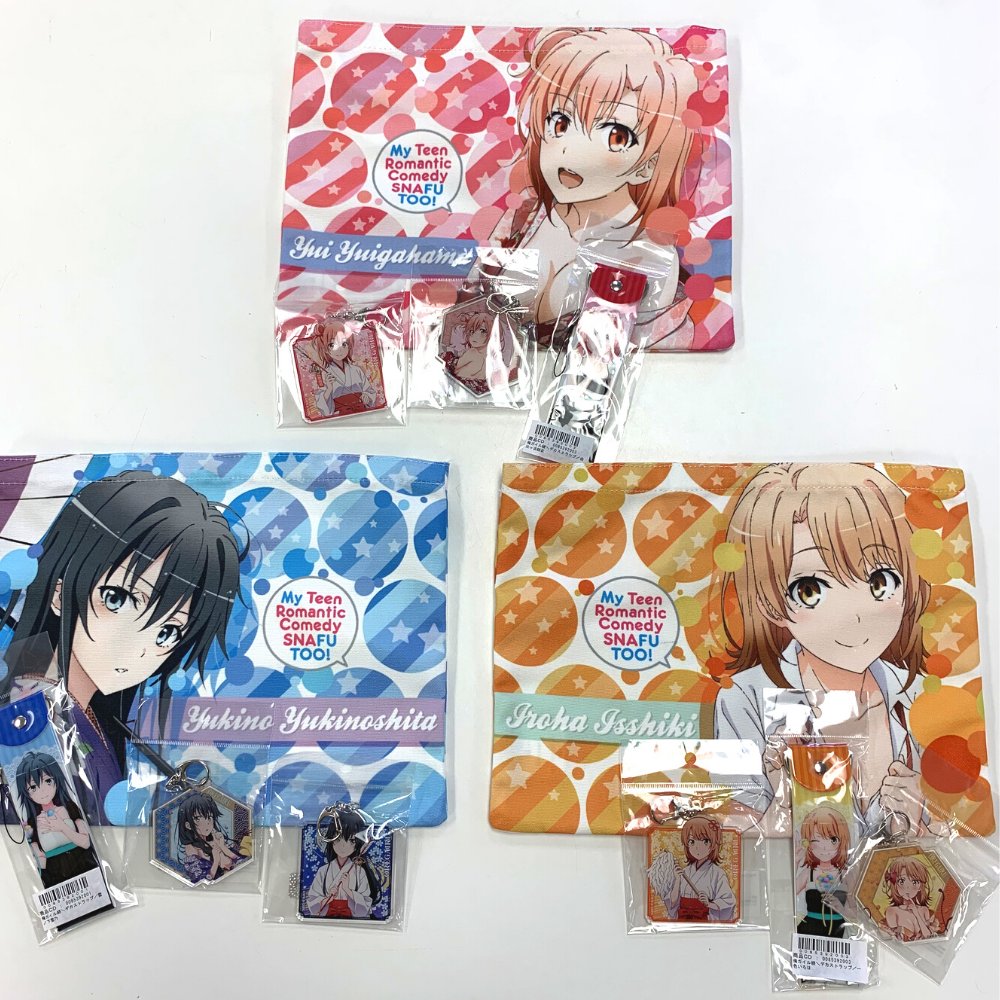 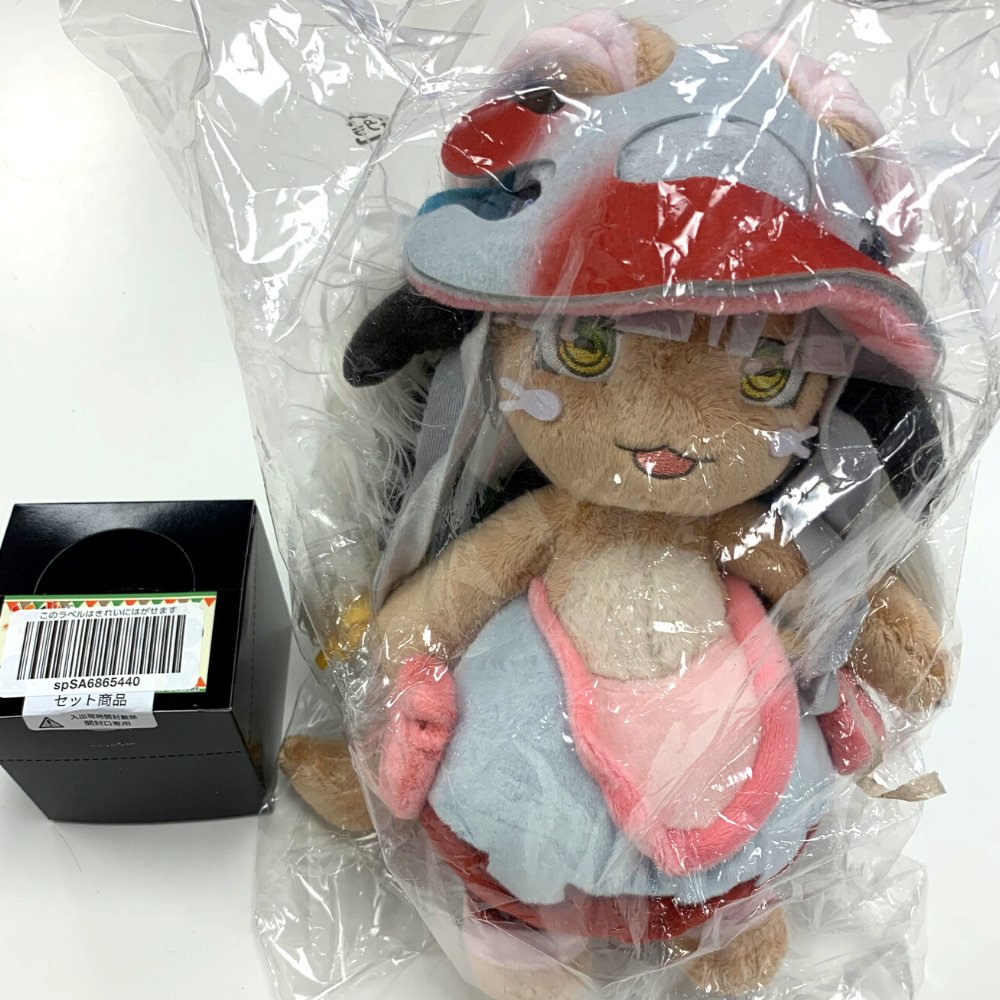 Sentai at Home is coming soon! 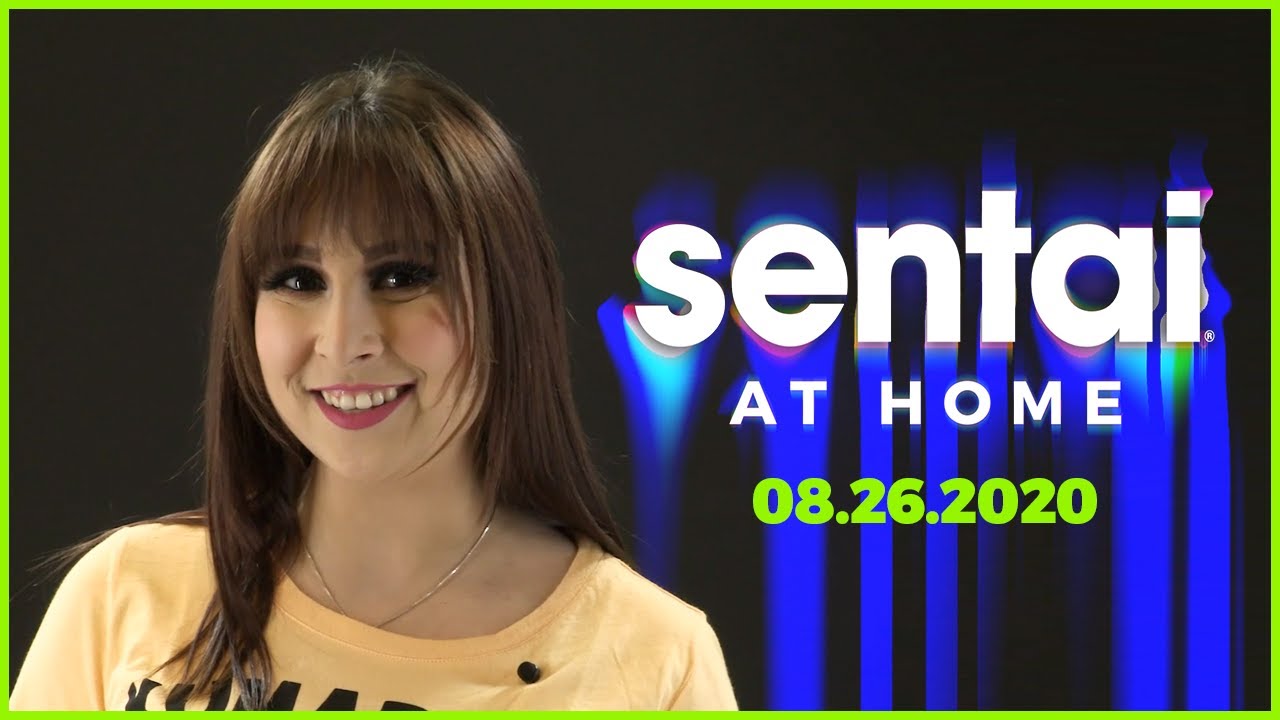 l definitely agree with these recommendations. And the game descriptions are very precise. If it is not bothersome can I ask, are you a boy or a girl? I am a girl thay is why I prefer otome games and anime. But there are boys who like these genres too as these anime-games are awesomely crafted.

Please feel free to post an introduction of yourself in The Intros Subforum.

Also, please go over The Forum Rules, just to make sure you’re familiar with our rules here.

Hope to see you around!

Natsuo Fuji has a serious crush on one of his teachers, Hina Tachibana, but since he knows he has zero chance of ever being in a relationship with her, he lets his friends talk him into going to a party where he meets Rui. One thing leads to another and then, well, neither of them is a virgin anymore. Unfortunately, it wasn’t what they expected, but that’s fine. They’re just ships passing in the night and they’ll never have to see each other again, right? Except when Natsuo’s father announces that he’s getting married again, Natsuo discovers that he’s getting two new step-sisters as well. Now there’s a problem, because one is his teacher, Hina, and the other is Rui. Yep, the family dinners at Natsuo’s house are about to get REALLY awkward in the UNCENSORED release of DOMESTIC GIRLFRIEND!
Rating: TV-14

The first time he saw her, it was love at first sight. Unfortunately for Sorata Kanda, “she” was a cat named Hikari and his school’s rules forbid keeping pets in the regular dorms. As a result, Sorata is banished to the infamous Sakura Hall alongside other troublesome and unusual students like Jin, overzealous playboy, Ryunosuke, the reclusive hermit, and Mashiro, a brilliant artist who’s so unfocused and clueless about the real world that dorm supervisor Ms. Sengoku assigns Sorata the task of taking care of her along with his ever-growing collection of stray cats! Needless to say, Mashiro’s inability to understand the boundaries of propriety (or even when and how to dress herself) is certain to cause trouble and Sorata’s friend Nanami is especially unhappy to find herself suddenly competing for Sorata’s attention with THE PET GIRL OF SAKURASOU!
Rating: TV-14 (S) 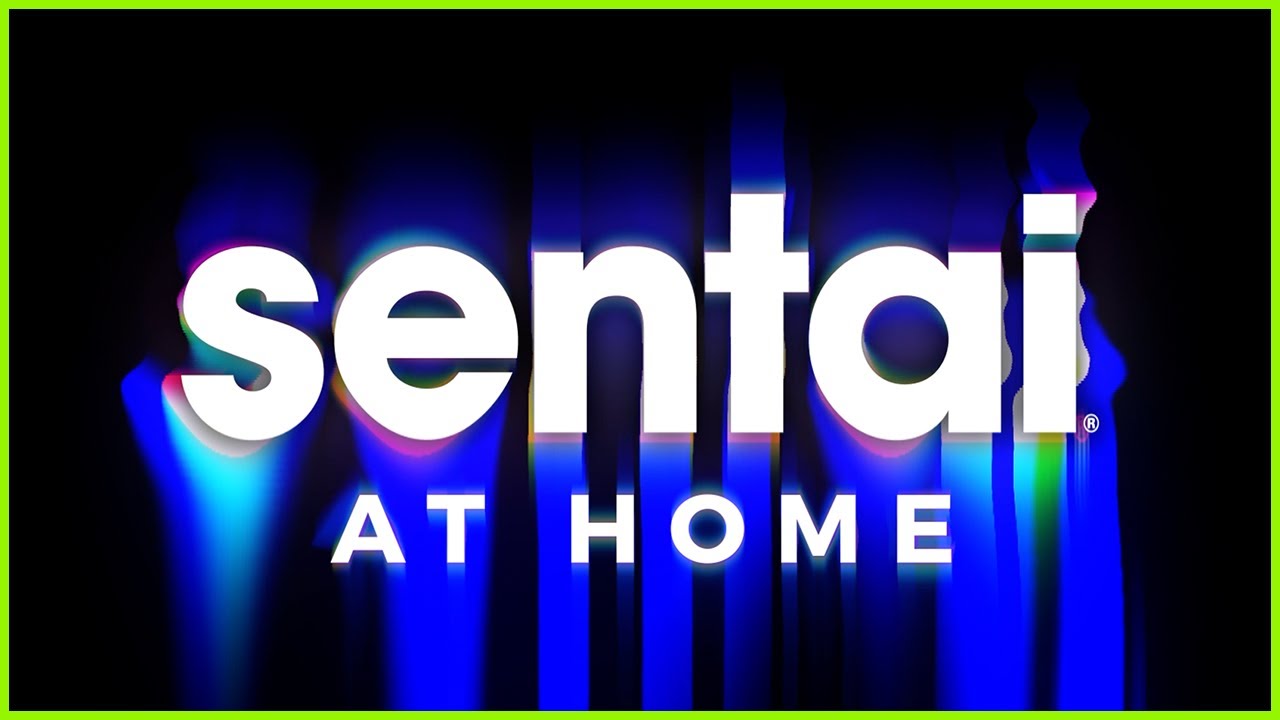 Sad you missed out on Sentai at Home, Sentai’s digital anime panel? Never fear, anime fans! You can still watch Sentai at Home on HIDIVE and catch up on everything you missed.

And if you don’t have a HIDIVE subscription, you can also check out Sentai at Home on YouTube!

When Yuko Yoshida wakes up one morning to discover that she’s sprouted horns and a tail, she learns something that her mother has been meaning to tell her. You know that battle between the Light and Dark that’s been going on since the dawn of time? Well, Yuko’s family are the bad guys. So now, Yuko has to defeat a local magical girl to win back some of her family’s vanquished power so they can afford to go to the all-you-can-eat pancake restaurant. And, of course, it turns out that the Magical Girl goes to Yuko’s school, but Momo’s really nice and keeps rescuing Yuko, which is pretty embarrassing and leaves Yuko rather conflicted… but… all you can eat pancakes? Sometimes you’re damned if you do and damned if you don’t when you’re THE DEMON GIRL NEXT DOOR!
Rating: TV-14

Only title I’m interested in is Bookworm, If they can add Schwarzes Marken, A Place Further than the Universe and Fate Kaleid 3rei I’ll be a lot more excited about it than I am at the moment.

Edit: Pretty sure that a few titles (Like Bookwoirm and Food Wars) will be getting PBSs

Although I’d like to see if Sentai can outdo FUNimation if they get to do the release of Re: Zero S2

Now if they can release some of them Netflix ‘originals’ to go along with them Crunchy shows (the ones I want, at least) then all is good.