Genres: action, horror, science fiction
Themes: gore, mutants
Objectionable content: Intense
Plot Summary: Twenty years ago, Shokichi Komachi was part of the Bugs 2 mission to Mars that discovered Terra Formars, human-cockroach hybrids that resulted from a terraforming accident. Shokichi was one of only two survivors. Now, the AE virus that came from Mars is raging wildly on earth. Shokichi boards the spacecraft Annex 1 to go back to Mars to find a sample in order to create a vaccine. They will face an unanticipated accident, a multinational conspiracy, and even more advanced Terra Formars.
Number of episodes: 13
Vintage: 2014-09-26
Opening Theme: “AMAZING BREAK” by TERRASPEX
Ending Theme: “Lightning the World” by TERRASPEX

Genres: action, horror, science fiction
Plot Summary: 2620 A.D. In order to find a vaccine for the virus from Mars with a death rate of 100% called the Alien Engine Virus, Hizamaru and the crew went to Mars to get a sample of one of the giant cockroach creatures, otherwise known as Terraformars. An unforeseen accident happens, and while Akari and the others fight the roaches to try to escape, humanity is fighting with each other behind closed doors.
Number of episodes: 13
Vintage: 2016-04-01
Opening Theme: 1: “Kōryōtaru Shin Sekai” (Desolate New World) by Seikima II
2: “PLANET / THE HELL” by Seikima II
Ending Theme: 1: “Red Zone” by zwei
2: “Strength” by Fuki
3: “Revolution” by nao 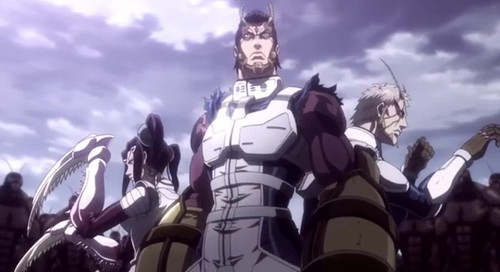 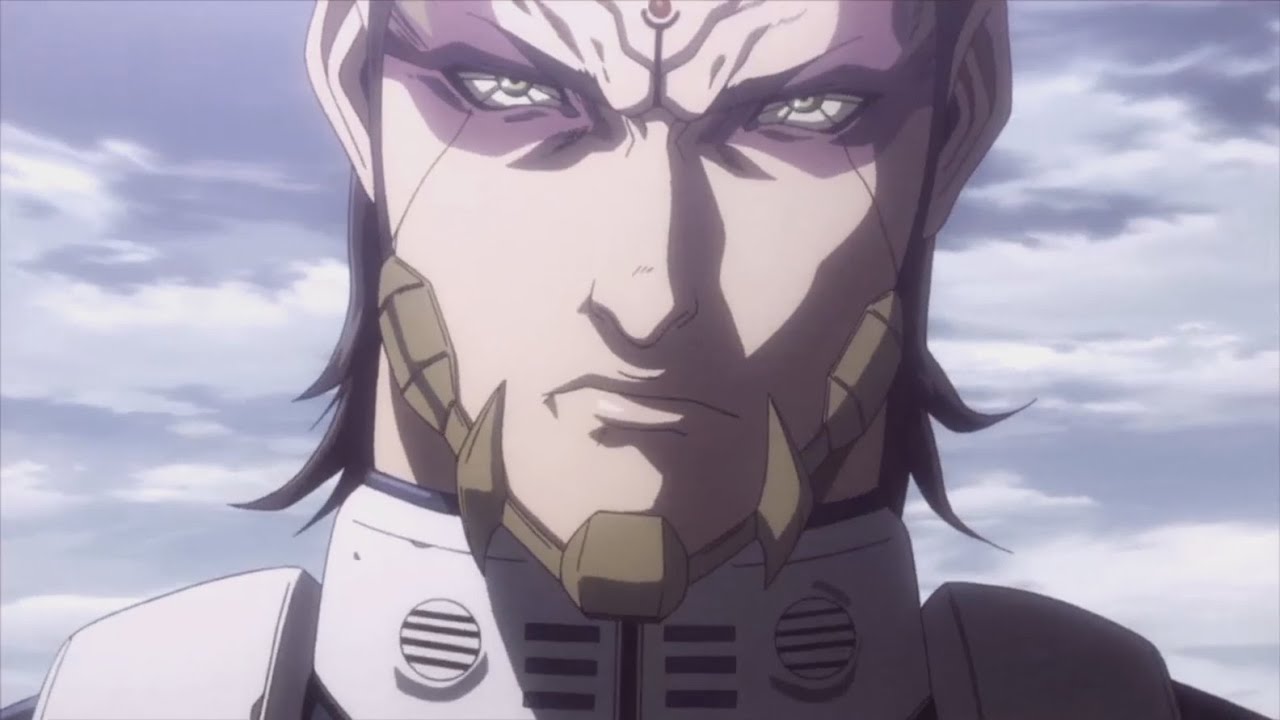 Genres: science fiction
Number of episodes: 2
Vintage: 2014-08-19
Plot Summary: With Earth quickly becoming uninhabitable due to a swelling population, humans develop a project to terraform Mars, one that involves leaving cockroaches on the planet’s surface. Five hundred years later, Earth sends a team of astronauts to “exterminate” the roaches and prepare Mars for colonization. Once there, however, the astronauts discover that the roaches have rapidly mutated into terrible humanoids, more powerful than any normal human. But the astronauts have been given special, insect-like abilities to deal with the roaches, and a violent struggle for control of the planet ensues.

The first episode was interesting and the story shows a lot of promise. I look forward to seeing more.

That’s interesting. Going by the first episode, it seemed like it would be one of the longer shows with 24/26 episodes. It looks as if there are going to be a lot of characters to keep up with too for just 13 episodes.

Unfortunately, Crunchy is showing the censored version of this and the censorship is to a degree that really makes the show difficult to watch.

What’s the likelihood of Viz getting the rights to this show in the USA since they now have 'em for Europe?

What’s the likelihood of Viz getting the rights to this show in the USA since they now have 'em for Europe?

As I mentioned before to you in the Licensing List thread, TERRAFORMARS is handled by WBHEJ as far as US international licensing goes, and thus far, JoJo’s Bizarre Adventure isn’t licensed yet, so it may/may not be possible.

In this case, going by the CR Worldwide license, I’d say WBHEJ holds all terrtories, so Viz Europe probably got it from them. That said, Viz Europe holds a lot of licenses that are licensed by other R1 companies that aren’t VIZ US, they also have a good amount that aren’t licensed at all here. So it really is a blindfolded grab-bag of a guess as to whether VIZ US will/can pick it up or not.

Terraformars TV BDs/DVDs to Have English Subs in Japan

Only 1-3? I’m pleasantly surprised that they’re actually responding to their audience telling them that they’re shooting themselves in the foot. Will these uncensored streams continue in a timely fashion? That’s the big question IMO.

Last episode was a chore for me to watch, and I’m not even sure there was censoring going on. Heh.

I understand they need to censor this stuff for TV, but they went WAY overboard for the first two episodes.

We hope you guys all enjoy this special sneak peek, and stay tuned for when we have the whole uncensored series on our site at a later date!

Well I’ll hold off viewing Episode 3 until tomorrow then

Though if I see ep 3 uncensored then ep 4+ uncensored will be a letdown. Hard choice

The uncensored eps are supposedly up, but I’m still seeing censorship:

That’s because you’re watching the normal censored episode.
The uncensored episodes are listed separately in the collapsible section underneath the regular episodes.

If only that option had been there when I watched, and I did attempt to watch during the proper time period.

Oh well, Crunchy is fraught with issues on Saturdays. Par for the course.

They were late putting them up, by about 30ish minutes.
The moment all 3 episodes were up, is when I made this post.

If you watched it anytime after I made that post, that option was already present on the series page.

Not for me: I only had 6 videos on the tab. When I finally obtained the option to watch it, there were 9. Oh well, like I said I’m used to crunchy getting screwy on Saturdays.

More importantly, buried under some of that censorship was some really budget animation. The lack of censorship made the show more watchable, but it didn’t give the show the boost that I was hoping it would.

Episode 6 was rather crazy and fun.

With the survival rates of the surgery being what they are, I suppose the humans can’t afford to be picky with whom they pick to send to Mars but some of these people really suck. Also, seeing what they’ve done in this ep, I wonder if guns might actually be more useful against roaches than that early scene led us to believe.

This show desperately needs a Starship Troopers-inspired dub though.

To reference The Boondocks, it looks like Adolph’s wife sure can run in high heels.