Got with my birthday money

Amiami pre-owned stuff and Popup Nezuko arrived a day early so posting today . Did not think I’d be able to post Honey Blonde ,but they censored her from the factory so all good . Jinki Extend is one of the only from the ADV got

era titles I did not own . Did not and probably still won’t care for it . Got a good deal on them and disc are pristine.
Arrived since last post : 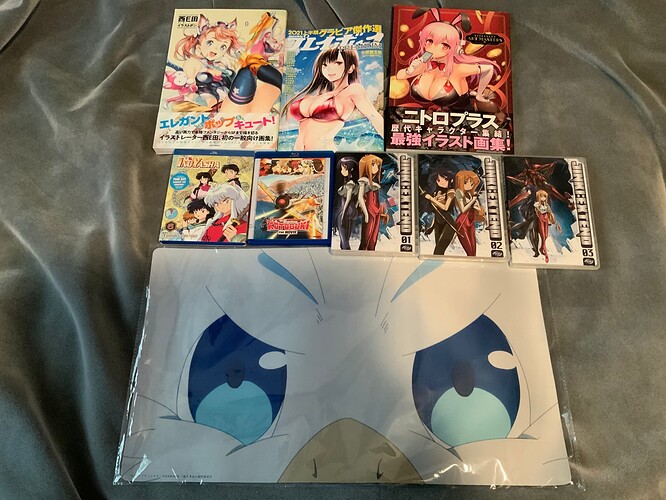 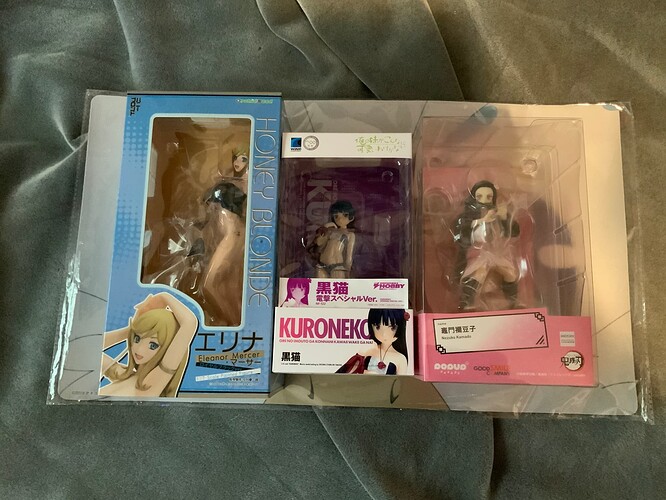 Jinki Extend is one of the only from the ADV got

era titles I did not own . Did not and probably still won’t care for it .

Rewatched this a while ago.
Yeah, It’s meh.

There are special outfits (bodies) that Good Smile released for the Nendoroids. I was just able to find one I have been looking for for some time now. 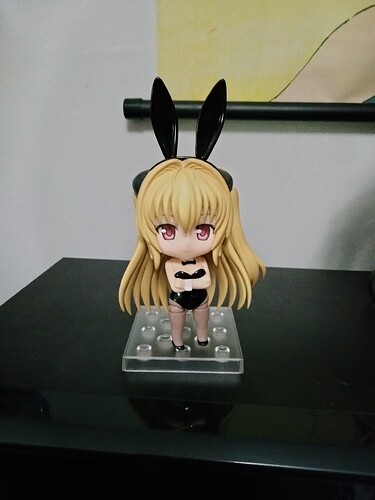 And with Bunny Yami! 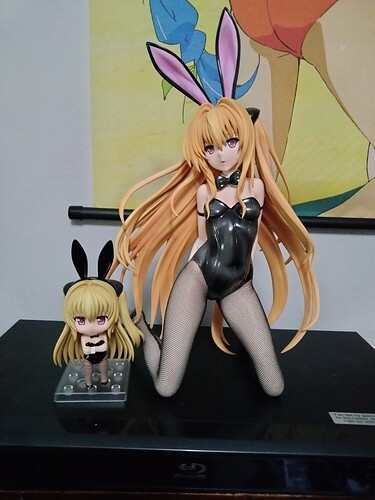 How do the ears secure ?

There’s a little piece of tape that goes between the ears and hair plate.

The body also comes with a neck joint, which is always nice to have a spare.

Also, for non-Yami nendos, it includes a (joke of a) stand. The pole isn’t the problem. It’s the base. I don’t even think a Nendo has enough space to stand on it. Yami (as well as both my slightly customized Shimakaze and Senko) has a magnet to hold her, instead of the little peg that most Nendos use. Pictures for clarification. 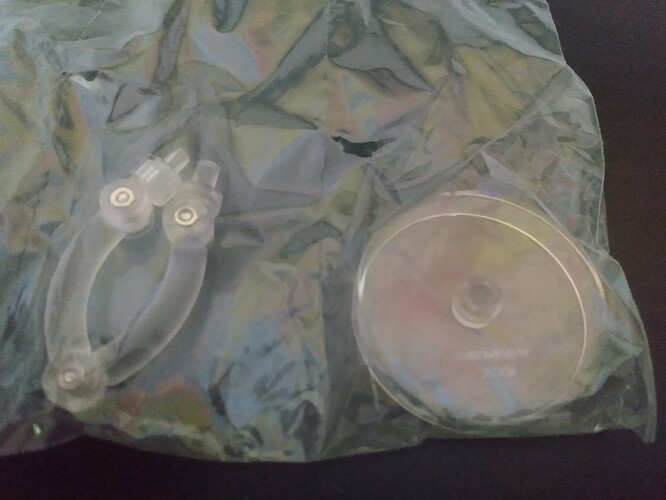 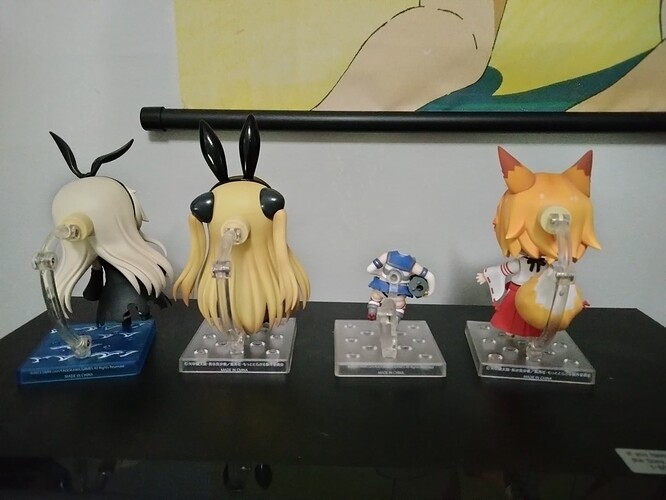 (Also, that means if you ever want a different character to wear Yami’s outfit, you have to use her special magnetic stand, and find a magnet small enough to fit inside a Nendoroid hairpiece. I also recommend crazy glue.)

Arrived since last post :
Was holding out to see if Rightstuf got that thing early enough to get it here this week ,but no . The other stuff on order not supposed to be here until Monday . 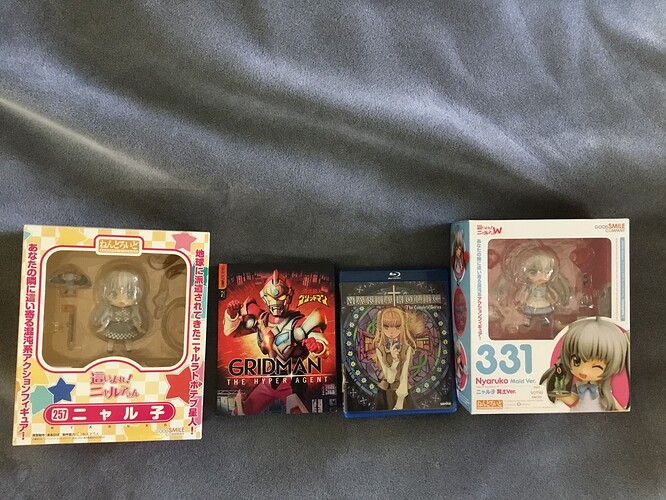 Nyaruko’s I found a good deal so picked up another set to use for something coming next week and next year .

So, I’ve been talking with @Psychopuppet about this for a while now, and was finally able to get the pieces together. Now, she’s not perfect, but she’s cute to me: I built a Nendoroid Mikan!

She uses parts of 3 separate Nendos, and I had to actually glue her hair together, but she works well enough.

Of course, I took a picture of her with Yami! 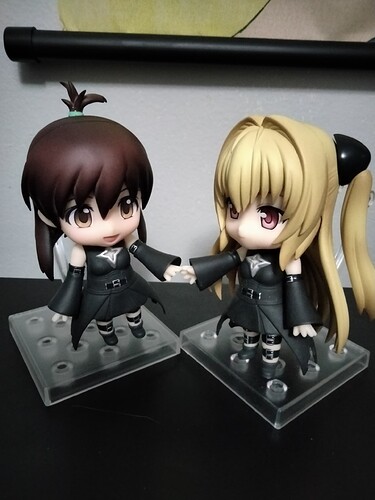 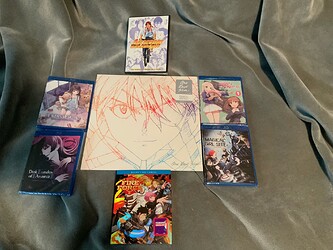 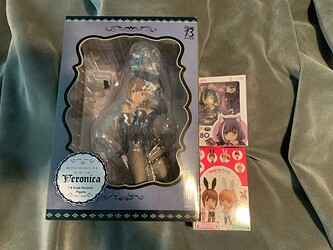 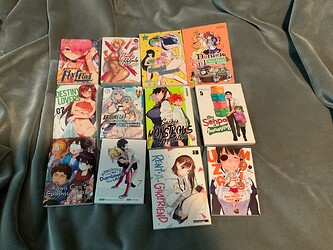 You got the Nendo Bunny bodies!!!

I can’t wait to see which ones get bunnyized!

I should have, I do have Mai

These arrived today :
I’m in the middle of packing stuff away again as my shelf plan fell apart again . Don’t know when I’ll pull these out again so going to post as stuff comes in for this week . 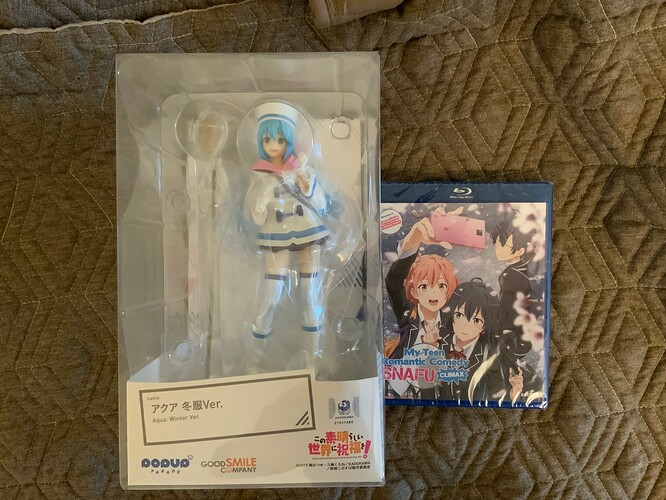 I found this adorable one for a steal ($31 shipped, new and sealed!), so got her while I could. 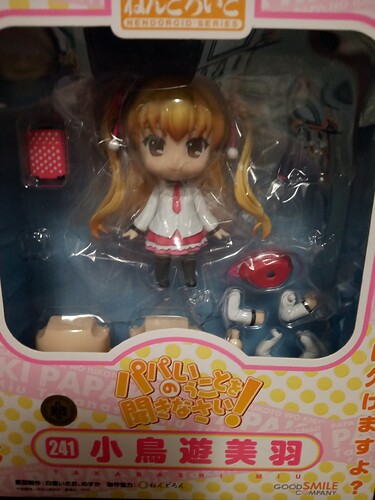 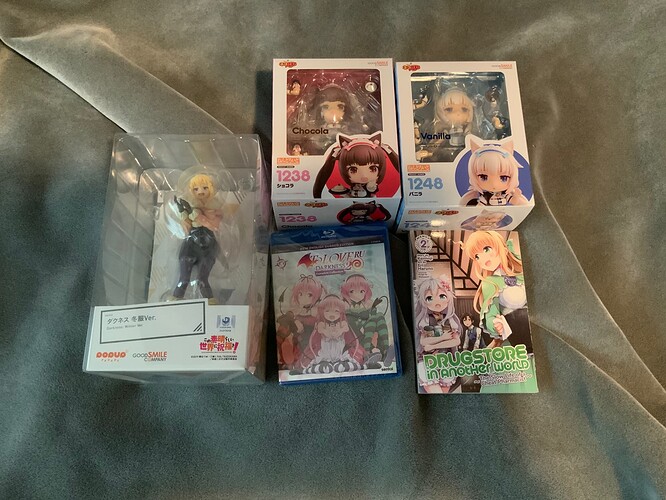 Glad I was paying attention the other day got the last Chocola and Vanilla Nendoroid they had . Not as cheap as I’d have liked ,but way cheaper then the current aftermarket prices .

One more thing is arriving later today another copy of One Last Kiss on vinyl I forgot I ordered from another store . 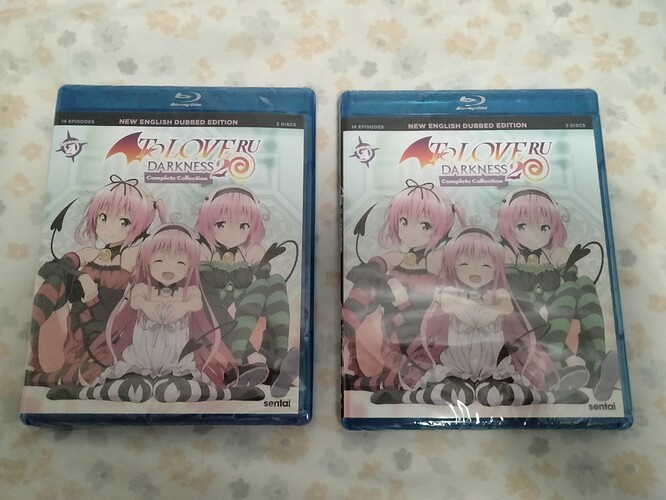 That’s about the same as what I did with Grisaia, so I could have all the main girls on a disc + Asako 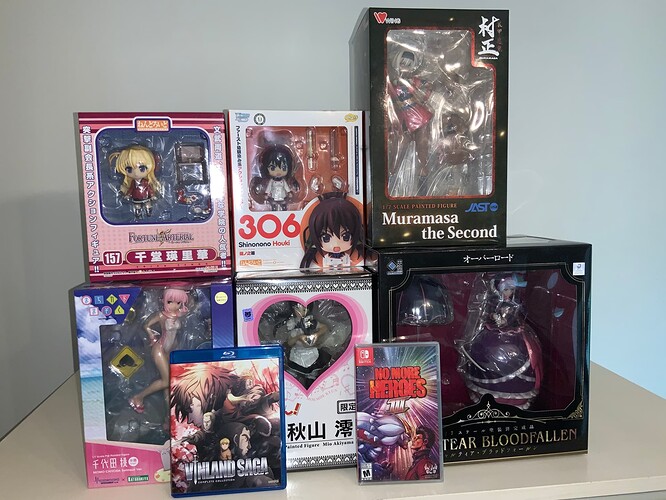 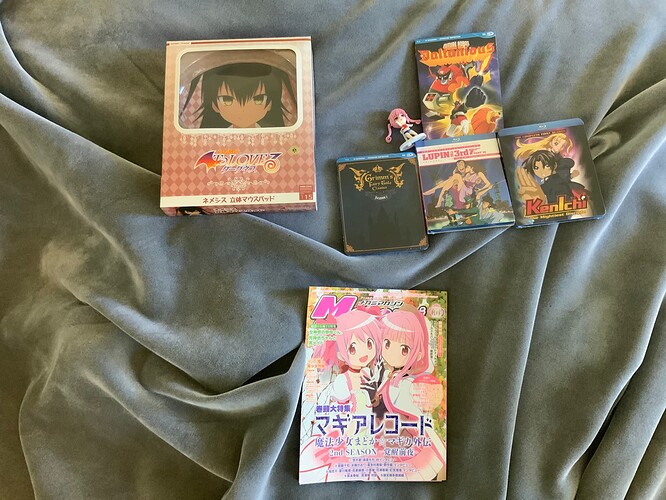