Multiple threads have been merged to create this thread

This is the Anime Sols thread.

Only post article/news/notes about Anime Sols industry OR about anime that doesn’t already have an existing thread.

Anything posted here that already has an existing thread will either be moved to that thread or deleted. NO EXCEPTIONS.

Someday they’ll get something that I’ve heard of and am interested in seeing released. Or maybe they’ll be the fledgling anime company that doesn’t–glares at Discotek–ruin releases with horrible physical packaging. I’d consider supporting them if either should become true, now that I’ve finally (groan) subjected myself to Kickstarter for the 2033 deal. 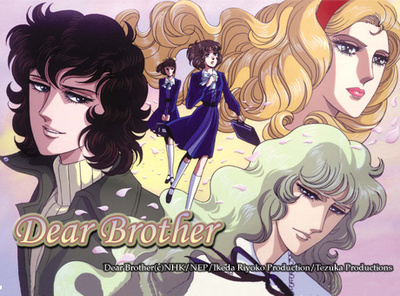 The crowdfunding and streaming service Anime Sols announced last week that it is taking pledges for the third and final DVD set of the classic shoujo television anime Dear Brother (Oniisama E…).

Based on Riyoko Ikeda’s (The Rose of Versailles) original manga, the Dear Brother anime follows Nanako Misono after she enters an all-girls private school. Nanako writes letters about her day-to-day life to her “oniisama,” a previous teacher from her cram school. A middle-class girl, Nanako encounters hardships and drama at the prestigious school of female elites.

The series ran for 39 episodes and is also available for streaming on Hulu, Viki, and the Anime Sols website. It has not previously been released on home video in North America.

The first and second box sets for the series both reached their funding goals of US$13,000 per box set in November.

I guess that’s cool. It’d be cooler if these guys had anime that interested me. The price point is too high for me to just donate to for “sentimental” reasons.

While I did throw in with the BGC 2033 guys I was saddened that they, and many of these crowdsourcers are the most strident sub-purists that I evwe did meet. The lack of dub fans in the crowd source anime community just stokes the fires of self-righteous sub purism and that does make mW reluctant to join up.