Honey and Clover / Hachimitsu to Clover 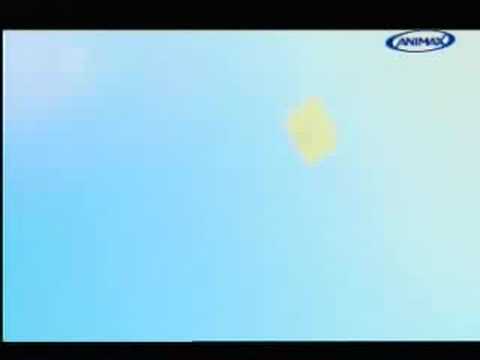 Genres: comedy, romance, slice of life
Themes: Fine Arts, unrequited love
Objectionable content: Mild
Plot Summary: Takemoto Yuuta, Mayama Takumi, and Morita Shinobu are college students who share the small apartment. Even though they live in poverty, the three of them are able to obtain pleasure through small things in life. The story follows these characters’ life stories as poor college students, as well as their love lives when a short but talented 18 year old girl called Hanamoto Hagumi appears.
Number of episodes: 26
Vintage: 2005-04-14

Genres: comedy, drama, romance
Themes: Fine Arts, unrequited love
Objectionable content: Mild
Plot Summary: The sequel and final installment to the highly popular series once again delves into the life stories and love lives of Takemoto Yuuta, Mayama Takumi and Morita Shinobu. The story continues where the first season left off, after Takemoto’s self-discovery journey around Japan. Of course, the love triangles and tribulations they face will continue, and eventually decide the paths to their future.
Number of episodes: 12
Vintage: 2006-06-29 to 2006-09-21

Who loves honey and clover? I do. Its a good manga and anime.

one of the best series ever imo. Toradora quality.

Have you seen the live action version AG?

Please fix up the first post as I explained in the Letter Bee thread.

yea every1 says that

im leaving u upset me ur mean

I was talking about the freaky girl in the show.

Me and Dragoon have similar opinions on this one, based off of the first episode. I haven’t written it off completely, but I don’t plan on buying it…

I would give it about 4 episodes. it takes a little getting used to. (Just remember Hagu is almost like a savant. A little stunted, and has an obvious complex because of it)

The real best parts of the story are Mayama and Yamada. Their relationship is what I found to be most intriguing. the other woman that is the focus of Mayama’s affection will drive you mad at him

Also Morita is one of the complex ducks that make the show run.(looks a little like Akira from Eden of the East) Anyhow I dug his oddities; That and the inclusion of some killer music.
There are Indie/alt whatever you want to call it, songs sprinkled throughout. They seem to come in at different points and fit the mood, or punctuate a scene.

It is also a time mover. It passes the months (and years) at a brisk pace.

I will say this though, if after 4-5 eps one dos not like it, It probably never will. It is a bit quirky. I liked it, but I think I caught it during the right moods.

I was thinking about downloading a few episodes of iTunes to try it out first. It sounds like a show I could get into, but the art style is just odd, and the lead girl is rather creepy.

I was thinking about downloading a few episodes of iTunes to try it out first. It sounds like a show I could get into, but the art style is just odd, and the lead girl is rather creepy.

Well Yamada almost shares as much screen time later on as creepy girl. And she balances the women out. =) also hagu will grow on you.

Manga UK Confirms No DVD for Honey & Clover, 3 Others

Maybe the last two titles won’t be getting the dvd treatment because of extremely low sales here in the states (I assume of course, but It’s safe to say it’s a good assuption). But then is anyone really surprises because of this. Nope not me.

P.S. Those last two are also Funi titles. So if Manga UK won’t be releasing these two, I don’t see them releasing any of Funi’s recent echii, lolli, harem shows they’ve resently aquired, like My Bride is a Mermaid. Saw the first three eps. on Comcast…yeah…hell no. Biggest waste of two bucks.

From Comcra… er, Comcast? Dream on!

Maybe the last two titles won’t be getting the dvd treatment because of extremely low sales here in the states (I assume of course, but It’s safe to say it’s a good assumption). But then is anyone really surprises because of this. Nope not me.

Probably so Sasami and Lolipop did pretty bad here while not surprised in eithers case. It’s kind of a shame for Sasami as it’s not a bad show. Animation is top notch and its one of the few Funimation dubs from that time I actually could find nothing wrong with. It’s also seeming that all the hoops they have to jump through over there is leading to them not taking chances which means the UK Anime fans are even more SOL then any other place. Though a lot of the UK Anime Fans I’ve talked to import stuff and own a hacked DVD player so it’s not like if they want to see those shows they could not just import.

I think we will see the UK companies playing the action and better selling type titles then getting in a big hole waiting to be buried because they can’t afford the cost to really take chances.

Honey and Clover on Discotek now!

Figured that was the case with what is up on Crunchyroll . Kind of hoping it’s a upconvert as they will use more disc . Though Discotek is a better at doing more with less then others so should look good either way .