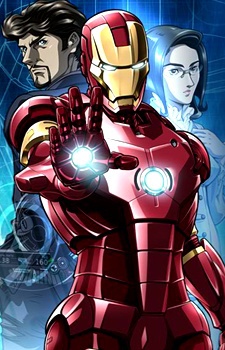 Genres: action, science fiction
Themes: superhero
Objectionable content: Significant
Plot Summary: Tony Stark is a physicist, an engineer, and the CEO of a major arms manufacturing company. On a battlefield he is injured from his own weapons and taken prisoner by terrorists. In order to keep his own heart beating, he creates the Ironman Suit and escapes. Once free, Stark decides to dedicate his life to pursuing world peace with the Ironman technology, so he moves to Japan to use the resources of “Lab 23,” home of the world’s first Arc Reactor. Wanting to devote himself fully to this research, Stark decides to retire as Ironman and announce the mass-production of suits to fulfill his duties. But at the announcement ceremony he is attacked by the mysterious organization known as “Zodiac,” and his plans have to change.
Number of episodes: 12
Vintage: 2010-10-01 to 2010-12-17 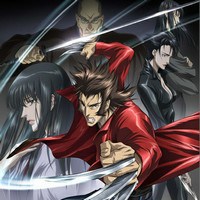 Genres: action
Objectionable content: Significant
Plot Summary: Next in the four-part Marvel Anime project and broadcasts after the Iron Man anime. Wolverine is a mutant, possessing animal-keen senses, enhanced psychical capabilities, three retracting bone claws on each hand and a healing factor that allows him to recover from virtually any wound, disease or toxin at a accelerated rate.
Number of episodes: 12
Vintage: 2011-01-07 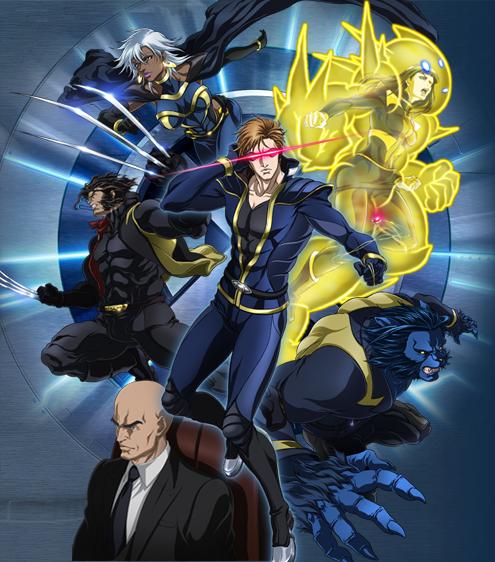 Genres: action
Themes: mutants, super hero
Objectionable content: Significant
Plot Summary: The X-Men are a team of elite super-powered mutants gathered by Professor X to protect ordinary humans even as they are persecuted by them. In the wake of the death of one of their own, however, the team has stopped operations for a whole year. Then Professor X receives word of a mutant girl’s mysterious disappearance in Japan. Sensing that something larger is afoot, he reassembles the team and sends them to investigate. They uncover a connection between her disappearance and an anti-mutant group known as the U-Men.
Number of episodes: 12
Vintage: 2011-04-01

Genres: action, supernatural
Themes: vampires
Objectionable content: Significant
Plot Summary: Erik Brooks was half-man, half-vampire after his mother Carol was attacked by a vampire named Deacon Frost. He sought assistance from Noah Van Helsing and over time, vampires worldwide fear him as the “Daywalker” or “Blade”. He investigates a vampire organization in Asia called “Existence” starting from Japan all the way to Southeast Asia.
Number of episodes: 12
Vintage: 2011-07-01

The four anime series are Iron Man, Wolverine, Blade, and X-Men. Sounds good to me. I’ve always been a fan of Marvel.
Slick

Wow, that’s pretty cool. I’d like to watch some X-Men, used to watch that a lot as a kid.

This was quite a huge announcement at Comic-Con. Not only is anime returning to G4 but we get MARVEL animes. This is beyond what anybody would ever have expected. Next year is gonna make your nerd side explode.

Here’s a trailer from the Iron Man anime that was shown.

I expect lots of bitching coming from comic fanboys “They look tooooo Japanese!!!”.

In anime, nobody looks Japanese lol.

In anime, nobody looks Japanese lol.[/quote]

WTF is wrong with that Wolverine teaser? That just looks bad. I’ll be checking it out since I love Wolverine as an X-Man, but it looks terrible. Iron Man looks great though, so at least there is something to look forward to.
Slick

:laugh:
I think it’s a mixture of the fact that Madhouse is animating it for the Japanese audience, along with the fact that we, here in the States, already have a clear concise and biased preconception of how Wolverine should look.

Looking at at it non-biasedly, it actually doesn’t look half bad from my perspective, certianly not the Wolverine I’m use to looking at, but overall, I think it might turn out to be rather cool.

[quote=TheCoffeeGod]
:laugh:
I think it’s a mixture of the fact that Madhouse is animating it for the Japanese audience, along with the fact that we, here in the States, already have a clear concise and biased preconception of how Wolverine should look.

Looking at at it non-biasedly, it actually doesn’t look half bad from my perspective, certianly not the Wolverine I’m use to looking at, but overall, I think it might turn out to be rather cool.[/quote]

I understand that there can be big differences due to animation styles, but I didn’t like to whole vibe to the clip. I was excited to see a different perspective on an old character, but this seems more fantasy/supernatural than action/mutant. My preconceived idea of Wolverine may just be getting in the way, and I will still check it out. It may be great, and I hope it is, but my first instinct is that it will be bad.
Slick

So I’m saying be happy if Wolverine does not have a Giant Robot.lol

So, wait… G4 is going to run Marvel CARTOONS ? Good for them, I guess.

Yippee. Comcra… er, Comcast will run Americanized anime. Leave it to them to screw it up…

The Iron Man looks fantastic! The Wolverine looks a little strange, but I’m willing to give it a chance. I’m a long time reader of comics and seen these characters change a lot over the decades, I’m more than willing to give a new perspective a shot.

[quote=Newshawk]
Yippee. Comcra… er, Comcast will run Americanized anime. Leave it to them to screw it up…[/quote]

G4 has been a burning ship for its lifetime so if this fails, we won’t be surprised.
I really want this to be good though. I’m glad anime has come back there in some form.

I am looking forward to these even though I heard mix things about Iron Man and Wolverine. I am going to save opinion for what I see when it airs next month.
Also I know someone mention 10 months ago japanese spider-man series. I didn’t see that mention but I just did. I wanted to mention believe it or not Marvel’s web site has episodes of the series subtitled on there web site.

So it was correct it’s going to air after Comic Con.