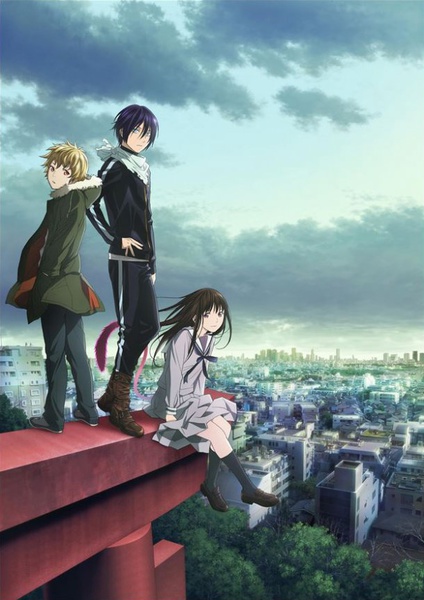 Plot Summary: Yato is a minor deity who lacks even a single shrine. In order to build his own shrine, he scrawls his cell number on the wall of a downtown bathroom telling people he will help them in exchange for a 5-yen offering, becoming a self-styled “delivery god.” Hiyori, the daughter of a respectable family, is almost killed in a traffic accident, but is rescued by Yato. This causes her to become a “hanyou,” a person who can easily lose her soul. She chases Yato down, and they begin to work together. Yato also finds a boy named Yukine who becomes a “sacred treasure” that can be used by a god. The three of them battle “you” who bring harm to humans as Yato’s hidden history is gradually revealed. 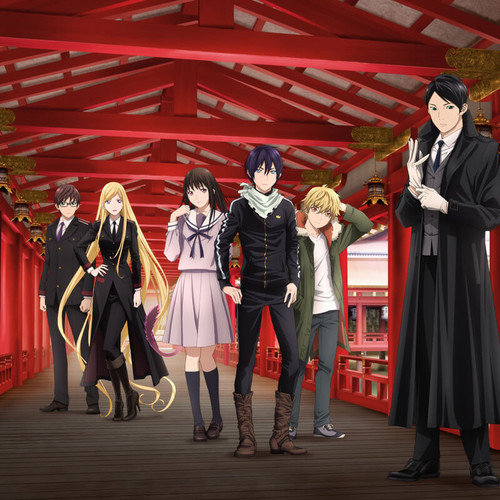 Plot Summary: The struggling god Yato, his Regalia Yukine, and his devotee Hiyori return in this series of Noragami. The history behind Bishamon’s grudge against Yato is revealed, while a brewing plot within her cadre of Regalia surfaces. Yato also has a brush with the god of fortune Ebisu, and he finds himself returning to his dark, destructive past.

Noragami ARAGOTO #6, “Should Be Do”

http://www.crunchyroll.com/anime-feature/2015/11/10/feature-aniwords-noragami-aragoto-and-the-failure-of-the-gods
November 10, 2015 7:05pm CST
Bishamon did nothing wrong! And I’m here to prove it!

Noragami ARAGOTO #10, “Thus of Past Hope”