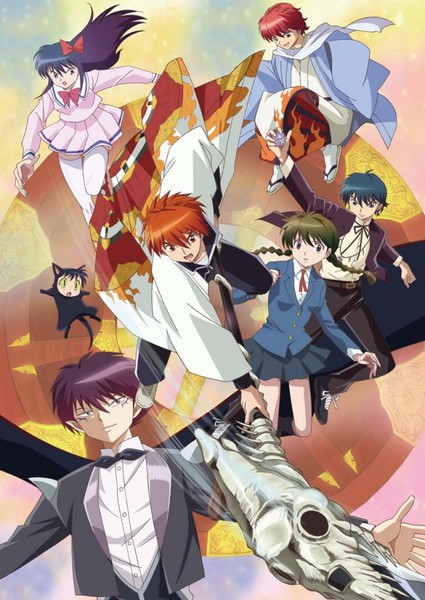 Plot Summary: High school student Sakura Mamiya began to see ghosts and ghouls after she was tricked into taking a trip to the otherworld as a child. However, cool and collected, she is not extremely phased when she finds out that her always-absent classmate Rinne Rokudō is actually working as a shinigami (god of death) on the side, helping lost spirits reach the wheel of reincarnation. Although he is a talented young man with shinigami blood in his veins, he is extremely poor, and is forced to rely on Sakura’s assistance- monetary or otherwise- to solve many of his cases.

Plot Summary: Rinne and Sakura’s wacky shinigami adventures continue, with the young shinigami trying to scrape together any money possible to survive. Their daily lives get more complicated with the appearance of Renge, a shinigami-in-training turned damashigami who is in love with Kain. 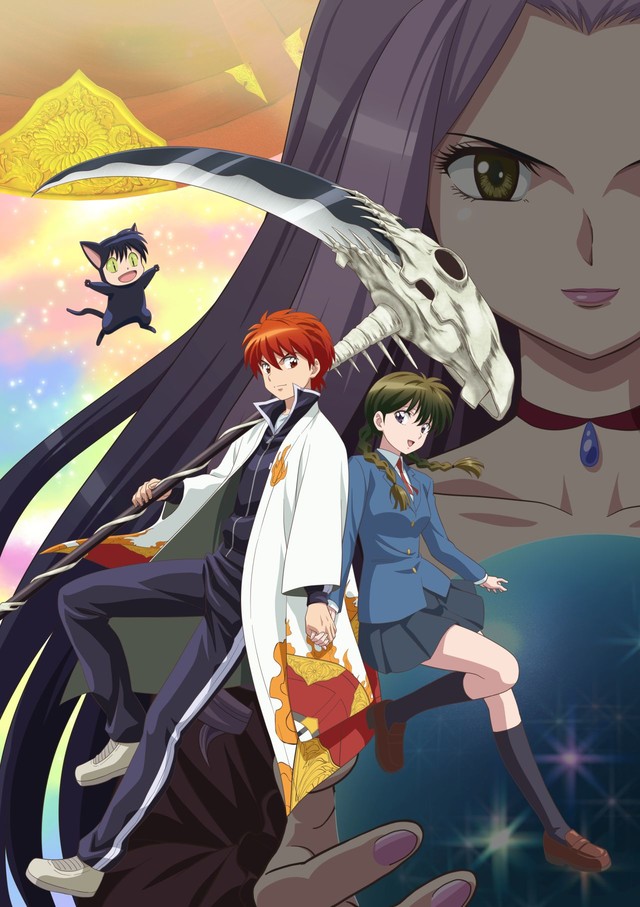 Plot Summary: Saving lost souls on the tightest budget known to man is only a day’s work for half-human, half-Shinigami kind-of-thing Rinne. Together with the almost too-collected Sakura and his black cat Rokumon, life continues as normal as Rinne helps guide the dead to their final rest. However, new transfers are never a good sign, and a popular fortune teller ends up at Rinne and Sakura’s school as their new teacher. Things get chaotic when a strange girl wielding a scythe makes an appearance, and Rinne realizes that he might discover a major piece surrounding the mystery of his past.

I needed something good today, this fills the bill nicely.

With the territory availability of this, I kind of expected this to pop up as a Sentai title.
And interesting to note, that this is the first ShoPro series Sentai has dealt with thus far for as long as they’ve been simulcasting on CR.

With the territory availability of this, I kind of expected this to pop up as a Sentai title.And interesting to note, that this is the first ShoPro series Sentai has dealt with thus far for as long as they’ve been simulcasting on CR.

It’s really odd that Viz didn’t pick this up since ShoPro is one of Viz’s parent companies.

It’s really odd that Viz didn’t pick this up since ShoPro is one of Viz’s parent companies.

It’s possible the Sailor Moon franchise is sucking up enough funds from VIZ that they passed over it.
Not only were the licenses for it probably outrageously expensive, but they’re also re-dubbing 200 or so episodes.

Then there’s also Sailor Moon Crystal they licensed as well. Whether it was a separate license or part of the original, it still must have cost them much, much mula.

Will it pan out well, only time will tell.

Victor Entertainment has released a full PV for four-member Japanese alternative rock band KEYTALK’s upcoming 5th major single “Ouka Ranman” (Cherry Blossoms in Full Bloom), which is now used as the OP song for the TV anime adaptation of internationally acclaimed manga artist Rumiko Takahashi’s latest work Kyoukai no Rinne/Rin-ne. This is their first tie-up song with an anime series. The two-song CD single also containing a live version of their indie song in 2010, “Kieteyukuyo” (It’s Getting Disappear), will be released in Japan on April 29 at the special price of 500 yen.

The Rin-ne TV anime broadcasts every Wednesday at 12:00 am Pacific Time for Crunchyroll premium members, with free members able to watch one week later. It is available to audiences in the following territories: USA, Canada, Australia, New Zealand, and Latin America.