What Movie(s) did you watch today?

Really like this! Plot, characters, monsters - all well done.

Definitely disappointed in the sound quality. Not sure if it was just my theater or if it was across the boards.

When we saw Jurassic Park, the sound reverberated throughout the theater. The T-Rex coming closer, his footsteps were felt in the pit of my stomach, and when he roared, it was deafening.

This movie sounded like my TV without the stereo sound on.

I don’t regret buying this. For 5 bucks, I was entertained. And that’s all that matters. So…

This wasn’t great but it also wasn’t horrible.

Watched the whole thing, still don’t know what it’s about.

Has anyone seen one of these “High Frame Rate” 3D films theatrically?

None of my theaters have ever shown them, until now, when we have the “High Frame Rate” version of Gemini Man.

I’m torn because the 3D films that I have seen have had issues with motion looking stuttery, and I would like to see if this fixes it…why couldn’t James Cameron have done this for Alita? 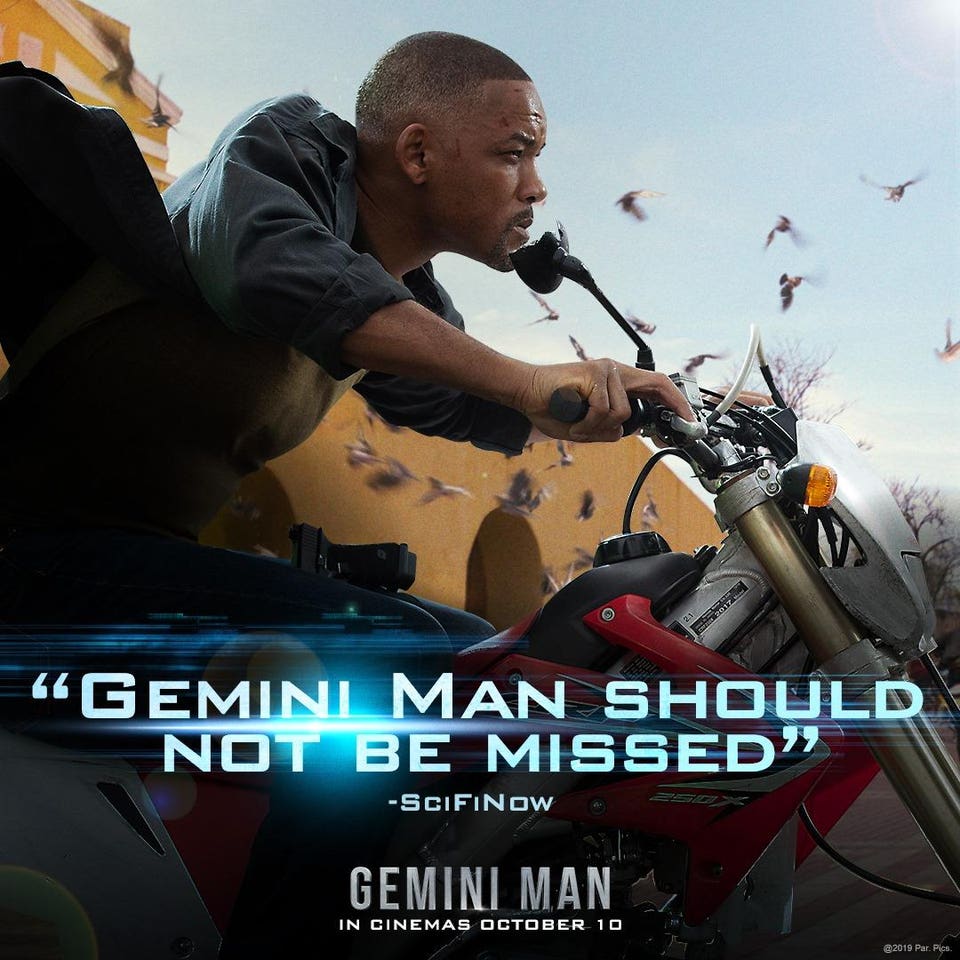 ^Saw it in “High Frame Rate”, which is apparently 60 FPS. Didn’t know that other theaters had it at the full 120 FPS.

The movie itself was okay-ish, a B-movie version of Bourne; it was interesting to see after just finishing the Ad Astra anime series.

But the takeaway is that High Frame Rate solves most all the issues with 3D. Lateral motion did not have the “flipbook effect”, better clarity, and almost no eye fatigue. Normally one of my movie pals has to take the glasses off for a bit during the film due to the eyestrain but with this he forgot he even had the glasses on.

As a side benefit, the CG for Will Smith’s clone was improved too.

If 3D films had all used this tech, I suspect 3D would be far more popular.

This was surprisingly fun. More so than what I expected.

Had they done a “Shadow of the Vampire” thing and set it in 1970, it would have been great.

Not the movie the poster advertised, but entertaining nonetheless.

This one might’ve been better than the first, it’s not perfect but I had fun with it. While I keep hearing that Joker is a “right wing film”, ZL2 seems to better fit that title, it reminded me a bit of Kingsman: The Secret Service in that sense.

BTW, what is with the Woody Harrelson career revival lately? He’s playing characters that are the opposite of the role on Cheers that made him famous.