So, it’s time for the next round of PC Rotation.

I just bought a Mini-PC off of Amazon ( Tentatively Shamiko ) which will eventually become my main PC replacing Matoi the three year old Lenovo laptop.

Matoi will bump my spare laptop Shinobu, (Which is 10 years old - a fossil in PC terms! ) into a well earned retirement.

We retired my late wife’s PC Konata this summer when the MB got to where it would only boot once in about 9 - 10 attempts. It was built as a gaming machine some 9 years ago and served her gaming needs well.

Kevin got a new Samsung laptop about the same time as I bought Matoi with much better specs and Seth got a new ASUS laptop this past spring. Matthew had the drive in his HP Workstation replace with a SSD this past spring as well.

So I’m Tail End Charlie on the upgrade train.

That reminds me I need to start looking for a PC that will work with Elite Dangerous I can plug into my TV as I don’t have room for a monitor. They decided to stop updating the console version but did release a way to transfer everything that really matters to the PC version. Plus give you a PC version for transferring if you own the console version.

@Psychopuppet something like this might be workable, the Mini-PC comes with a bracket to mount it on the back of a TV. 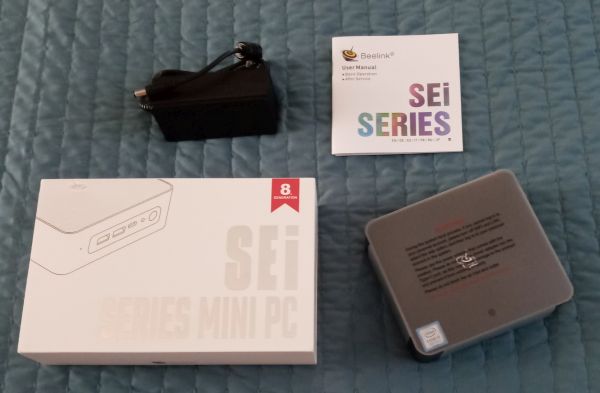 She actually arrived last night, but I wasn’t up for a Photo Shoot. 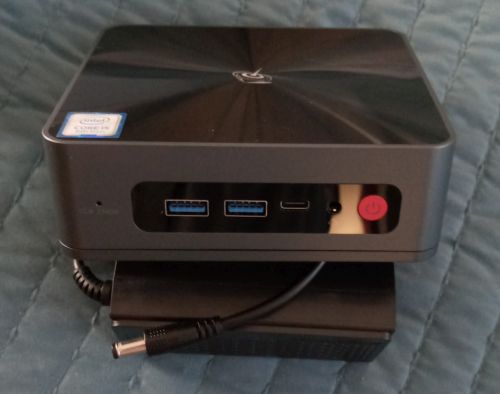 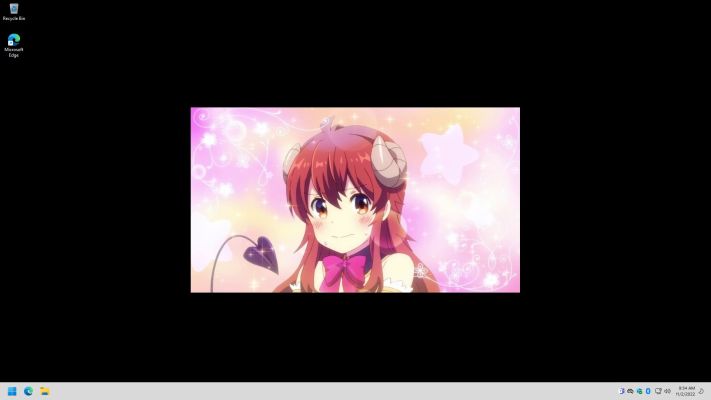 Still lots of work to do installing software and changing setttings. Windows 11, uhhhh.

Got the corner Billy set up assembled and set up.
Smashed my pinky. Did not break skin but blood under it. 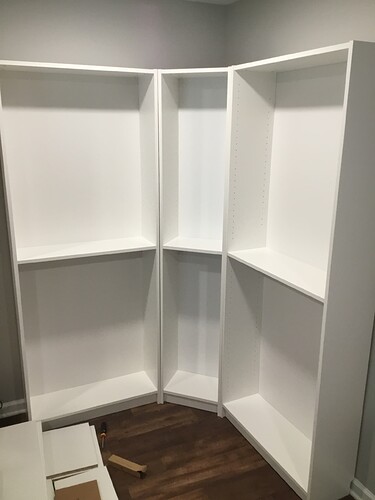 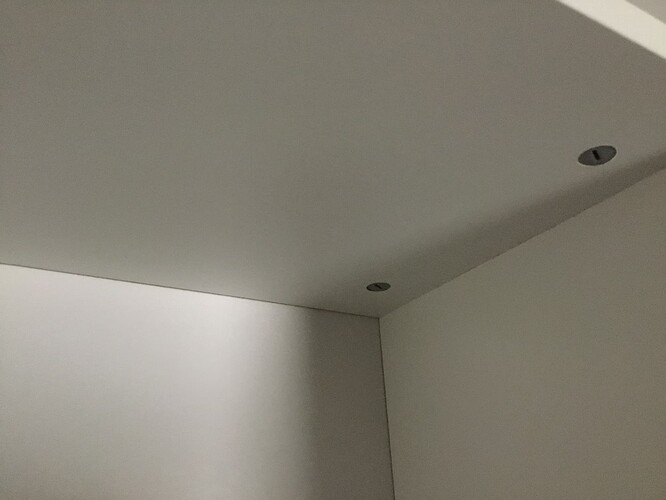 Realized now I have them set up I flipped the top shelfs so the little grey connectors are showing. Oh well.

Waiting on replacement doors and need to secure to the wall.

So started my preliminary measurements. Nemesis is to wide for both my acrylic cases and shelving. Darn toe sticking out puts her over with all that hair. 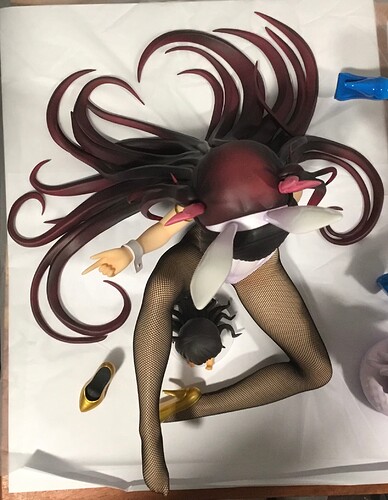 Hoping I can find an angle that still displays good and make it work else she has to stay where she is.

Plus the cases I have are to wide to put on top. This needs some thought.

At least I think most of my others are not to wide. The height with the ones with the straight ears may be trouble.

Adjusting the doors to narrow the gap. Fix the gap but the one door is a bit to high. Fix that to low.

Got a blu-ray drive for my Mac Mini.
This is one of the few listed as working Mac and Windows. It’s actually a rebranded Pioneer drive. Just need to find playback software now. 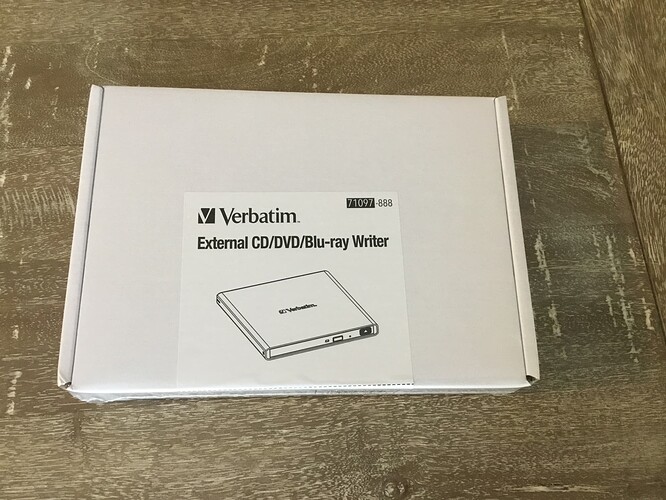 So, we had an almost hurricane. And it had some weird effects.

I bought manga from Amazon on Tuesday, before the tropical storm, with a delivery date of Sunday with storm delay.

When I checked the tracking it showed the package coming from our local Amazon Warehouse, some 5 miles away. It bounced around in Orlando until Friday night when it was put on an Airplane to Louisville, Kentucky. It took a ride back from Louisville to Orlando this morning and arrived just before noon.

I don’t want to hazard a guess as to how many air miles it traveled to go 5 miles, or why Amazon thought it made sense to ship a less than 1 pound package that far.

Sounds like your mail travels more than you do.

No wonder they reported a trillion dollars loss. 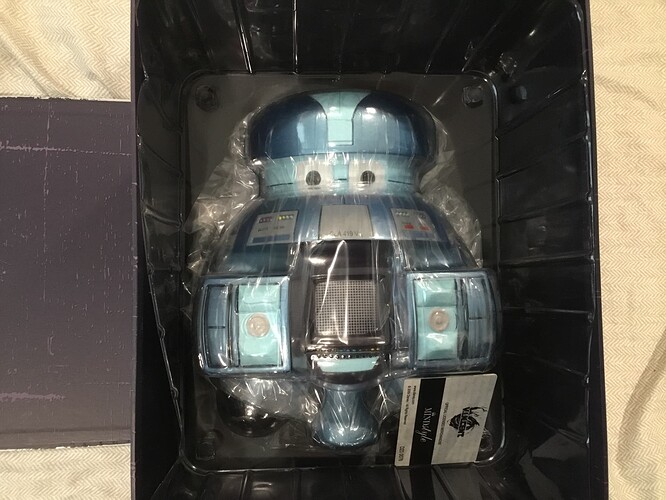 Went for one more trip over to the storage today.
I think I’ve found all my big girls and brought them back now. Have to do a head count to be 100% though. Now hopefully they all fit. Plus what to do with all the massive boxes they are in. 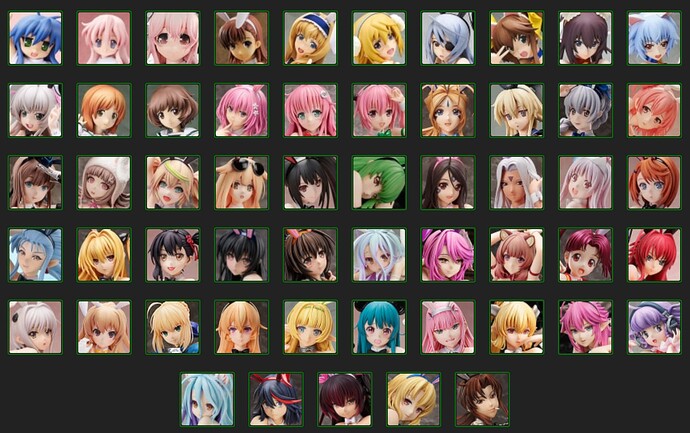 Did a head count Cecilia and Rin are still in storage. Guess back I go again tomorrow.

Guess back I go again

How many trips have you made? Is the storage far from your house @Psychopuppet ?

Not far but its just a pain as when we were packing I was in a rush so nothing really got labeled. So it takes opening boxes to find things. Cecilia is in one of the large taped up moving boxes but the stuff where Rin would have been got spread all over so not sure if she’d in one of the taped up boxes or one of the Moving Banker style boxes. The Nendoroid I have most of them I remember but I did not really start keeping track of them and other figures to a few years ago. So not 100% I’ll find all of them until I full get things back here. Not sure everything will be coming back either. Trying to find a number of a dealer I used to deal with to sell some of my vintage toys.

We turned the old storage room back into a room and the storage closet also became part of that. So some stuff no longer has a space. I’ve had a lot of hobbies over the years and well I’m a good bit of a pack rat.

The next step after getting figures I want to display up is figuring out my Media stuff. Putting up the shelves for the figures ate away at a large space. Right now my closet I don’t use is looking like building shelves from floor to ceiling and making a Media cabinet our it is the best option. I should have enough space for another corner unit ,but the heat/cool vent is on the floor in the other corner and can’t put anymore up that way without blocking it.

Did not help more wall space is now being taken up because the old window was not up to code. Thus now have an extra 6 to 8 inches of wall space taken up. Also does not help I’m a big guy and anything less then a queen my feet hang and/or I roll off. I was going to get the closet taken out while the dry wall was off but that would have removed it as a bedroom by regulations.

I bet it would be tough trying to keep track of every order we make online/in store and finding time to do your own hobby’s inventory is a pain sometimes.

Trying to find a number of a dealer I used to deal with to sell some of my vintage toys.

That’s a good idea i didn’t think of that when i gave you some advice on space control but i think that would be the last resort. I watch pawn stars too other than anime shocking i know but you could by chance give pawn stars a call and see if they have a good deal, but this is just more of a wild idea but who knows?

The next step after getting figures I want to display up is figuring out my Media stuff.

Nice that’s what i want to get is a display

Put Lily Wine and the Tea Time Cat from Ribose on my shelf.
Need to spin Lily Wine around but so glad I got her when I did. 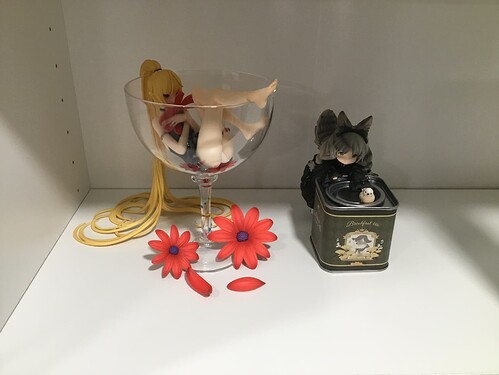 Also work in progress as I’m not happy with this. 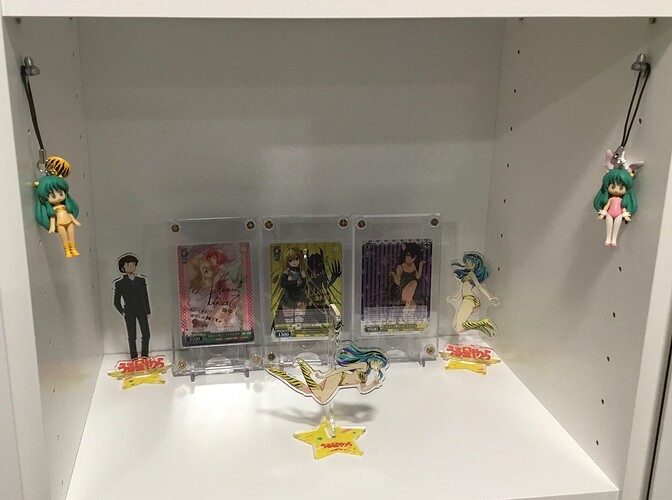 I’m going to end up driving myself OCD nuts.

Everything may end up done a different way. If I do all 1/4 scale then most of my smaller scales and prize figures will be left out. The 1/4th standing are from 16 to 19 inches tall so they may be a issue and some of the kneeling/laying/crawling ones take up space in their own way. The 3 cards may end up mounted on a wall as they take up to much real estate.

Personally, they shouldn’t start playing Christmas music until at least Black Friday, but that’s just me…