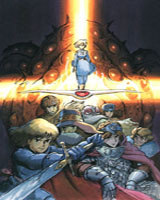 [quote]Genres: adventure, drama, fantasy, science fiction
Themes: giant insects, post-apocalyptic
Objectionable content: Significant
Plot Summary: In the post-apocalyptic future, large parts of the world have been swallowed up by forests of poisonous fungi. The remaining humans live near the fungus and its monstrous insectoid inhabitants, trying to prevent its spread. One of the human kingdoms, the peaceful Valley of Wind, loves its gentle Princess Nausicaä and her father the king, but their peace is about to be broken, as they are swallowed up in the machinations of their larger, warmongering neighbors. However, Nausicaä has hidden potential, and may yet change the fate of the world.
Running time: 116 minutes
Vintage: 1984-03-06[/quote]
ANN Info Page

My reason for posting this old 1984 Miyazaki film 1st and foremost is because it’s nothing short of amazing and one of my all time favorites. Secondly I came across a 10min live-action short entitled “Giant God Warrior Appears in Tokyo.” Apparently it is a prequel of sorts and I wanted to share it.

Giant God Warrior Appears in Tokyo (link below is to the 10min short) Enjoy! 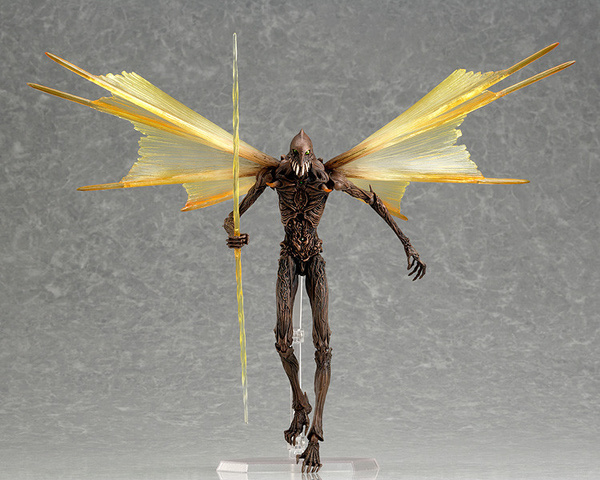 This is one of the few that I am going to upgrade to Blu-Ray, but I just saw Anohana on Crunchyroll and ordered that.

I haven’t seen this yet. The bluray is kinda pricey still and, while it has Captain Picard, it also has the plagiarizing, Oedipus-complex’d, “NO LONGER FAMOUS”, bat-crap-crazy Shia LeBeouf and Uma Therman in the dub.

I haven’t seen this yet. The bluray is kinda pricey still and, while it has Captain Picard, it also has the plagiarizing, Oedipus-complex’d, “NO LONGER FAMOUS”, bat-crap-crazy Shia LeBeouf and Uma Therman in the dub.

For it being from the 80’s this movie holds its own. This is Miyazaki’s first and in my opinion best movie next to Laputa, Mononoke, Spirited Away etc. When I realized there was a manga that this was based off of I bought all 7 volumes. Surprisingly I like the story line of the manga better. The movie covers the 1st 4 volumes of the manga and really only lets you get to know Nausicaa’s character while the manga delves into Princess Kushana’s background a little. As far as LeBeouf I wouldn’t worry about it, his character doesn’t have a huge part within the movie. Besides… you don’t want the voice cast from Disney’s “Warriors of the Wind.”

I also just found a guy showing the 1st few minutes of the original WotW. You get a few voice samples of the old “cut” version and original voice actors.

Ok I could have sworn Disney had a hand in the original “cut” '85 version but it was by New World Pictures. Disney’s is the '04 version, so the answer to your question is yes. Nausicaä of the Valley of the Wind (film)

Nausicaä of the Valley of the Wind (Japanese: 風の谷のナウシカ, Hepburn: Kaze no Tani no Naushika) is a 1984 Japanese animated epic science-fiction fantasy film adapted and directed by Hayao Miyazaki, based on his 1982 manga of the same name. Isao Takahata produced the film for Tokuma Shoten and Hakuhodo, with Topcraft animating. Joe Hisaishi, in his first collaboration with Miyazaki, composed the film's score. The film stars the voices of Sumi Shimamoto, Goro Naya, Yoji Matsuda, Yoshiko Sakakibara an Ta...

Nausicaa of the Valley of the Wind @ ANN

"While appearing for a one-on-one interview during the Japanese morning talk show, Oosama no Brunch, Miyazaki indicated that he’s open to the idea of a sequel to his 1984 film, Nausicaa of the Valley of the Wind – his sophomore film as a director and one of his most cherished by fans. The only catch is he wouldn’t be doing the film himself.

For all of Studio Ghibli’s acclaim, the famed House That Miyazaki Built has never once put out a direct sequel to one of its works. While various thematic threads run through all of Miyazaki’s films, the man, for all his genius, apparently lacks the...

By the way Fathom Events , Courtesy of GKids who now have the rights to the Ghibli Movies, are doing a String of Fathom Events for them

Nausicaa of the Vally of the Wind Fathom Event Page

I already plan on going to these. I’ve missed the first couple but I don’t mind I’d rather see the last four anyways. These are playing at a local movie theater here in Dallas, Tx. The theater is “United Artist Galaxy 10” if I’m not mistaken.

Yeah, I can’t miss rhe opportunity of seeing Nausicaa at the theater.

Yes, definitely. Nausicaa is my all time favorite as well as the first anime I’ve ever seen, late 80s early 90s.

September 13, 2017 11:15am CDT
Tickets now on sale for dubbed and subtitled screenings

May 10, 2018 / Sora News 24
Hideaki Anno recalls working on Nausicaä of the Valley of the Wind with the Studio Ghibli legend

How Music Transforms Nausicaa of The Valley of The Wind