Was the panel insightful, do we have any way to know?

I still remember attending a Greenfield/Grant panel on translating many moons ago where they mentioned that subtitles are often less accurate than the dub, and the shock of people in the room was a sight to see.

Calling all anime fans! Sentai will be at Anime NYC this year to celebrate all things anime. Check out the schedule below to see what we’re up to.

Suppose you were to gain great powers, but that those powers would bring you nothing but suffering and pain after being betrayed, captured, and abused by the “heroes” you thought were your allies? That’s the fate that awaits Keyaru… until he receives a warning from a future version of himself, one who endured those agonies but reversed time to give him a chance to escape that fate. But Keyaru wants more than just salvation. He wants to make those who wronged him pay. And, armed with the knowledge of future events and how to better use his powers, he has the perfect weapons to grind them under his heels. Vengeance will stalk the land, making Keyaru’s future enemies die in the most painful ways possible and transforming the Queen who ruled them into his personal slave in REDO OF HEALER!
Rating: 18+ (D,S,V) 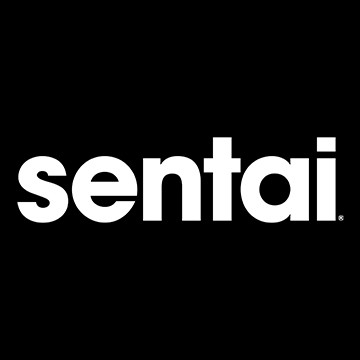 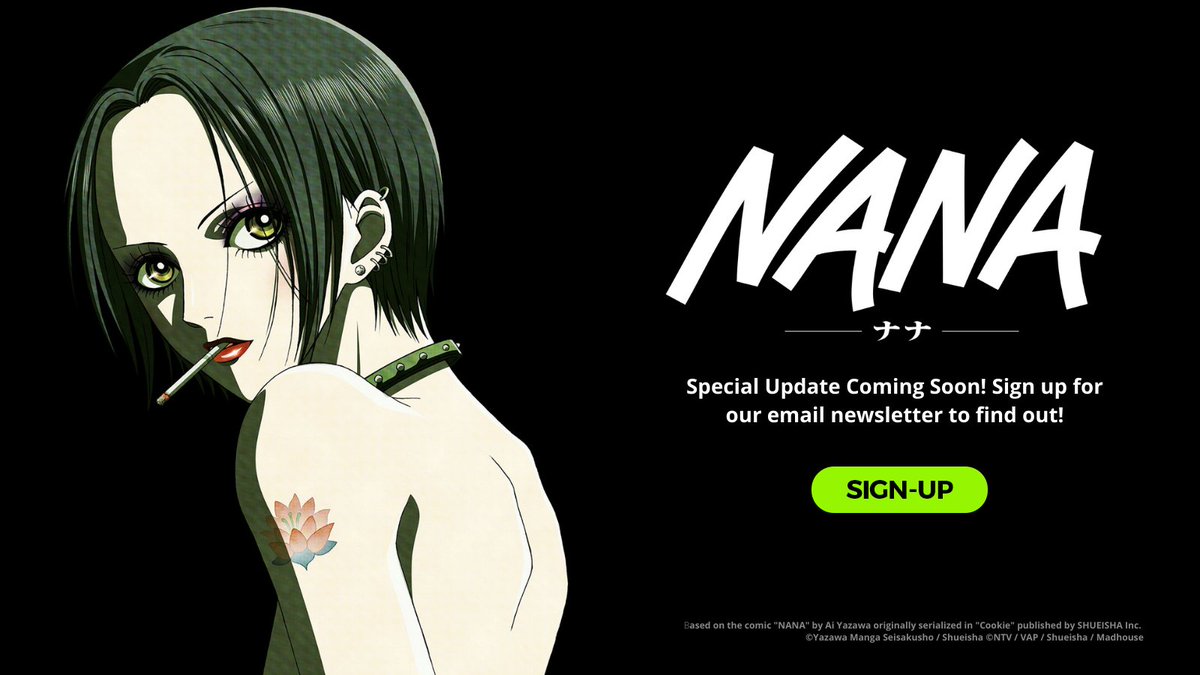 @SentaiFilmworks
We are officially ONE WEEK away from #AnimeNYC! Check out the upcoming events & panels and let us know if you're coming! 💚 ✨ https://t.co/ZnomSw6MA5 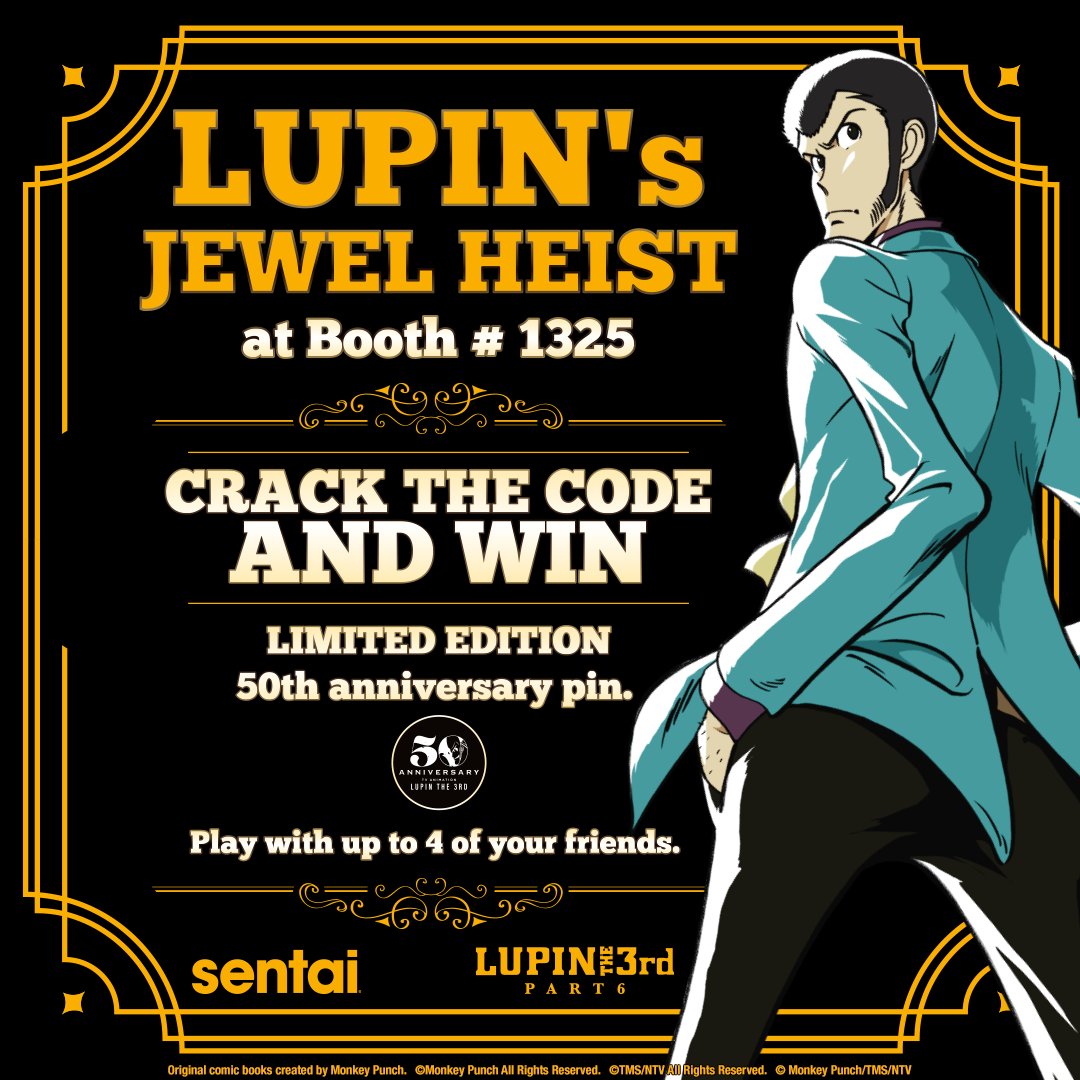 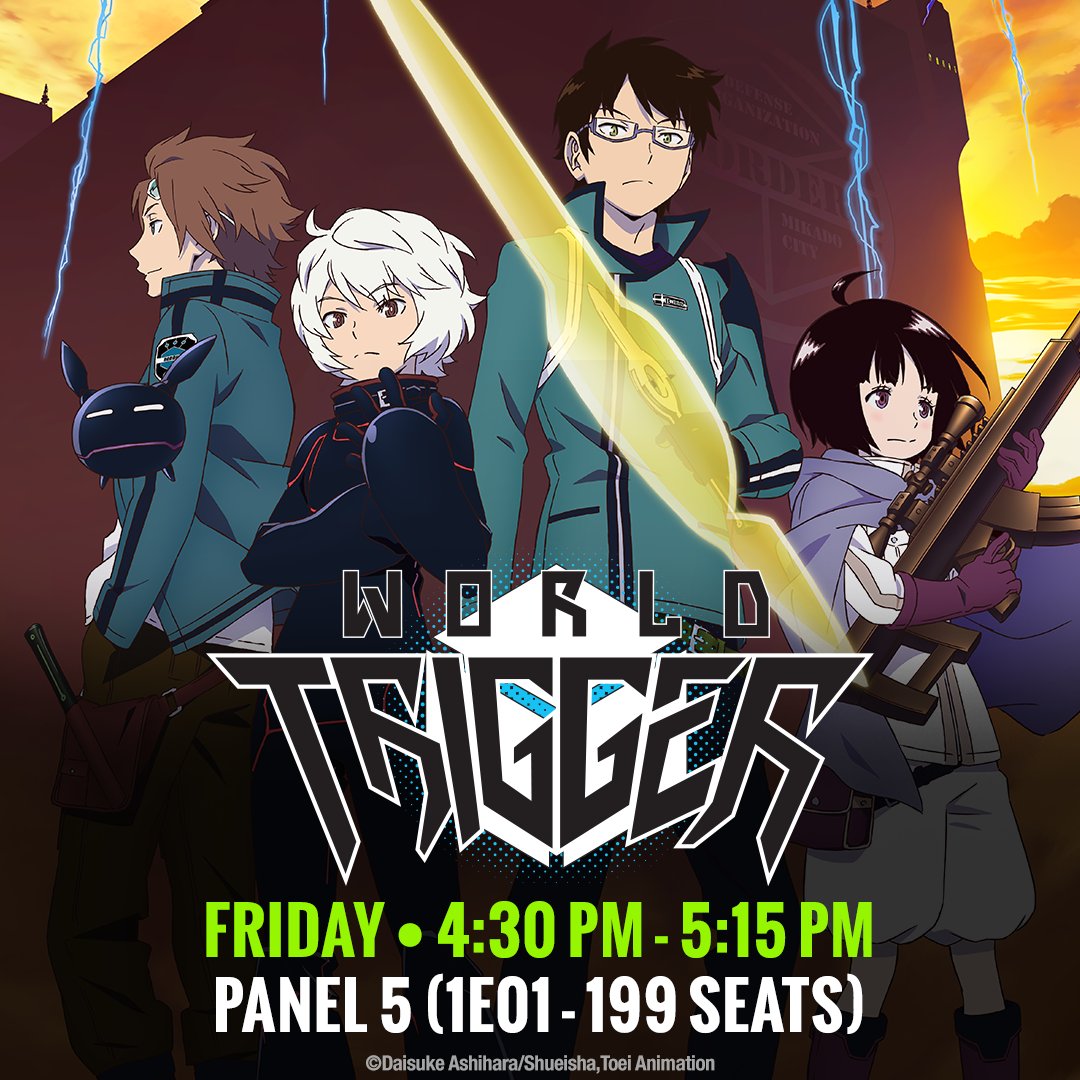 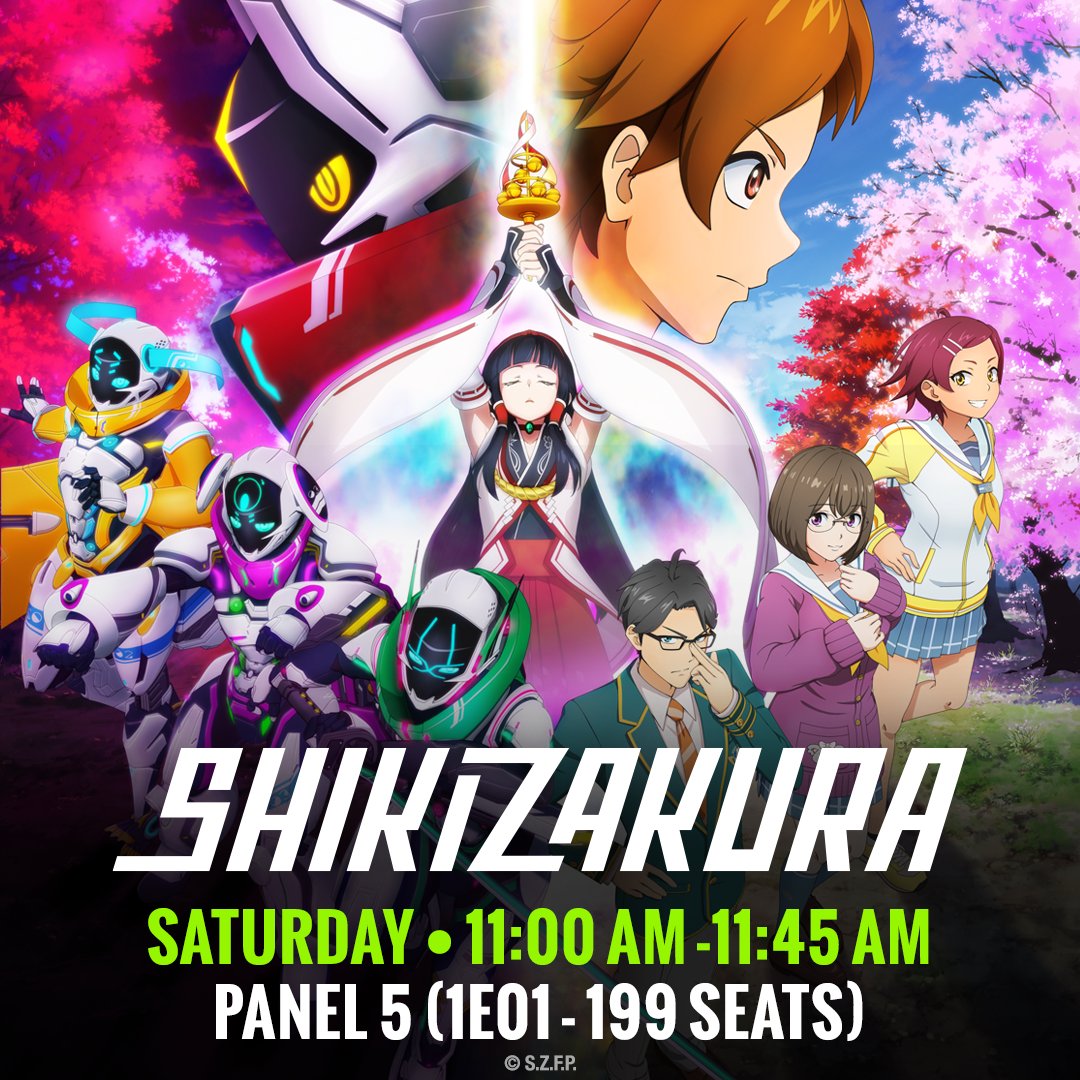 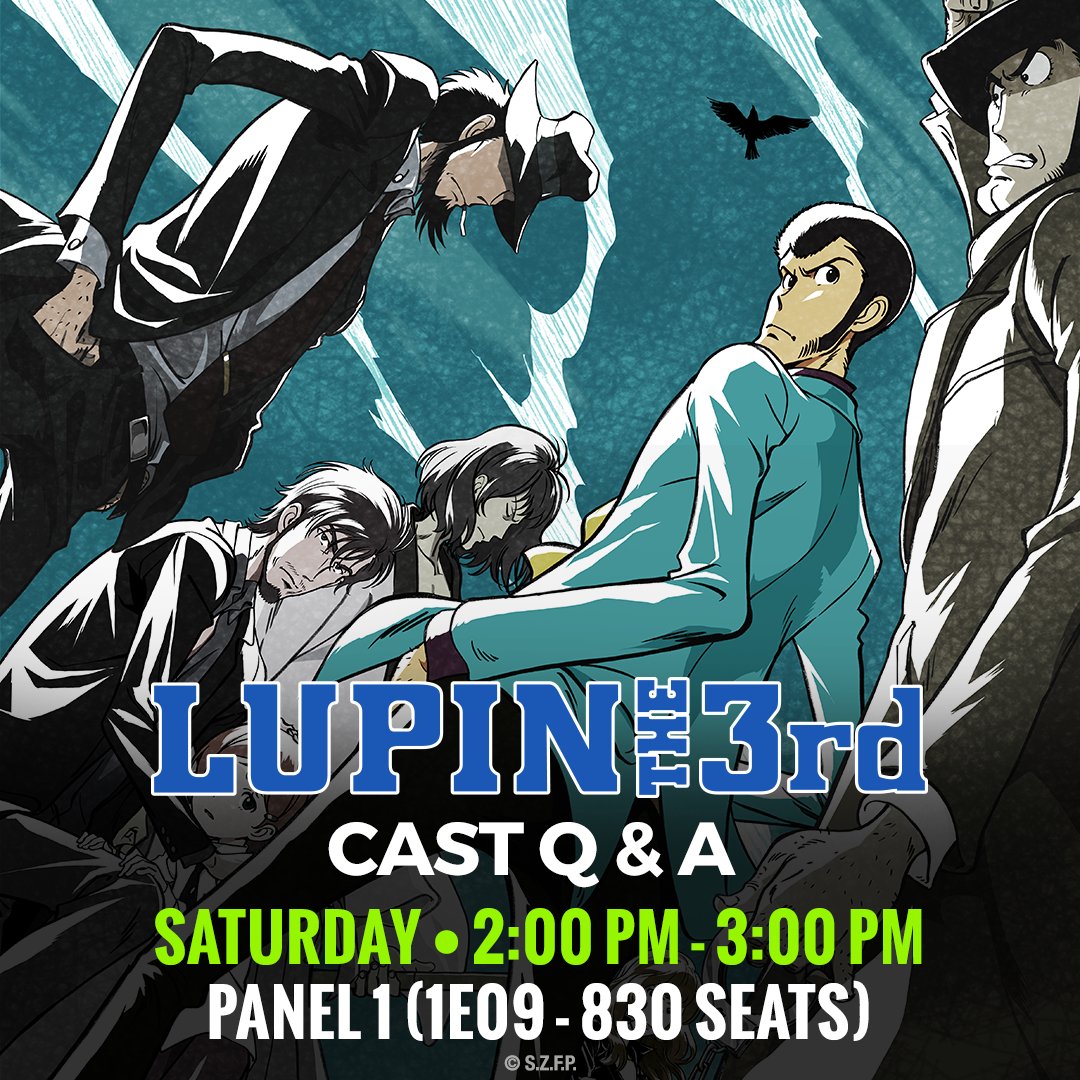 At least two people get or remember my sense of humor…

TUESDAY NEW RELEASES - PROBLEM CHILDREN ARE COMING FROM ANOTHER WORLD, AREN’T THEY?, SCIENCE FELL IN LOVE, SO I TRIED TO PROVE IT

Problem Children are Coming from Another World, Aren’t They? (S1) Complete Collection

On the planet Little Garden, the dangerous Gift Games played between individuals with unique abilities are the route to wealth, power and global dominance. Where there are winners, however, there are also losers, and the No Name faction has been so decimated that only 120 members, mostly children, remain. Now there’s just one hope: Bring in outside recruits and gamble that their new abilities will reverse the tide! And on a world known as Earth, they find Izayoi, Asuka and Yo. The three new players have no idea what they’re getting into, let alone any inkling as to how dangerous the games really are, but all are far more formidable than they appear. The battle for supremacy will be anything except fun and games as the ultimate fight for power begins in PROBLEM CHILDREN ARE COMING FROM ANOTHER WORLD, AREN’T THEY?
Rating: TV-14 (D)

Science Fell in Love, So I Tried to Prove It (S1) Complete Collection

When university researcher Ayame Himuro confesses to fellow researcher Shinya Yukimura that she’s in love with him, it sets off an interesting debate. Being the kind of students that they are, Yukimura wonders if love can be proven as a formula. Himuro’s first attempt, counting increased heartbeats and numbers of longing glances, seem promising. However, when they test those results under laboratory conditions, reenacting scenes from romantic manga, the data gets confusing. Especially after they drag in classmate Kanade Kotonoha to act as a “control”, since when she and Yukimura reenact the same scenes, much of the “physical evidence” is duplicated! Of course, that just means that they and their entire research team will just have to try harder! Is love blind? And was it blinded by science? Find out in SCIENCE FELL IN LOVE, SO I TRIED TO PROVE IT!
Rating: TV-14

@SentaiFilmworks
Think you can take a crack at our jewelry heist? Come stop by our booth at #AnimeNYC to win some prizes! Plus, check out our upcoming panels & screenings ✨ https://t.co/K49pZc3cM7
3 Likes
Slowhand November 23, 2021, 5:40pm #1874

After falling for BC Freedom High’s clever deception, the Oarai Girl’s High tank-maidens find themselves faced with an entirely different battlefront than expected. However, Yukari suspects that any bluff that could have been carried out so easily by so many people must have some basis in fact. So, as the other school teams prepare for combat across the competition, Oarai digs down with a plan to undermine the groundwork beneath their opposition. Too much digging is dangerous, though, and the girls are next troubled to discover that the foundations of Momo’s personal life are equally unstable. With the victor of the Koala Forest High vs. Chi-Ha-Tan Academy battle as their next opponent, it’s a war on all fronts in GIRLS UND PANZER DAS FINALE - PART 2! BONUS: The events preceding the BC Freedom battle are revealed in THE TAYUKI WARS OVA!
Rating: TV-14 (V)

Only the extremely rich can enroll at Hyakkaou Private Academy, but few remain that way and many lose more than everything. Run by a corrupt and sadistic school council, the “system” at Hyakkaou is based on gambling, with losers who are unable to cover their debts being demeaned by their peers and forced to serve their debtholders. And if that’s not terrifying enough, some games can result in losing an eye, one’s fingernails, or even their life! But the system is shocked when transfer student Yumeko Jabami arrives. Dark, mysterious and attractive, she’s a wildcard who plays for the thrill of it… and to maintain her habit, she’s become insanely skilled. The odds are rigged, and the council will stop at nothing to destroy her, but they’re about to be steamrolled by a high roller from Hell in KAKEGURUI!
Rating: TV-14 (V)

Peter Grill may be the most powerful warrior in the world, but in a culture where strength is everything, there are lots of ambitious young women who will do anything to “acquire” Peter’s superior genes in order to bear powerful offspring! So, even though Peter just wants to marry his fiancée, he’s instead being beset by a bodacious bevy of Peter-obsessed females fiercely determined to get into his bed and/or ironclad pants! That would be a sticky situation even if the bawdy belligerents were merely human, but with elves, trolls and orcs all craving a little private Peter action, can even Peter stand up to this wave of pulchritudinous force? His flesh may be strong but his will may not hold up quite as rigidly when comely babe after babe keeps coming to test this poor Peter’s mettle in PETER GRILL AND THE PHILOSOPHER’S TIME!
Rating: TV-MA (S)