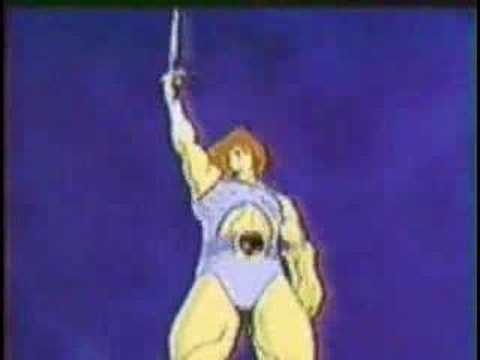 Genres: action, adventure, science fiction
Themes: aliens
Objectionable content: Mild
Plot Summary: Following the destruction of their home planet Thundera, the surviving Thunderans (a cat-human race) hope to find a new home, only to be attacked by mutant pirates. All but one Thunderan ship are destroyed by the mutant attacks. Aboard that ship, Jaga instructs seven other Thunderans to board their stasis pods while he directs the ship to the nearest planet Third Earth. The ship crashes, Jaga dies and the other Thunderans call Third Earth their new home. Gifted with the ability to use the coveted Sword of Omens, the young Lion-O takes leadership of the Thundercats to battle the mutants and their new leader Mumm-ra, who has awakened from his eternal sleep on the planet.
Number of episodes: 130
Vintage: 1985-01-23 to 1986-12-05 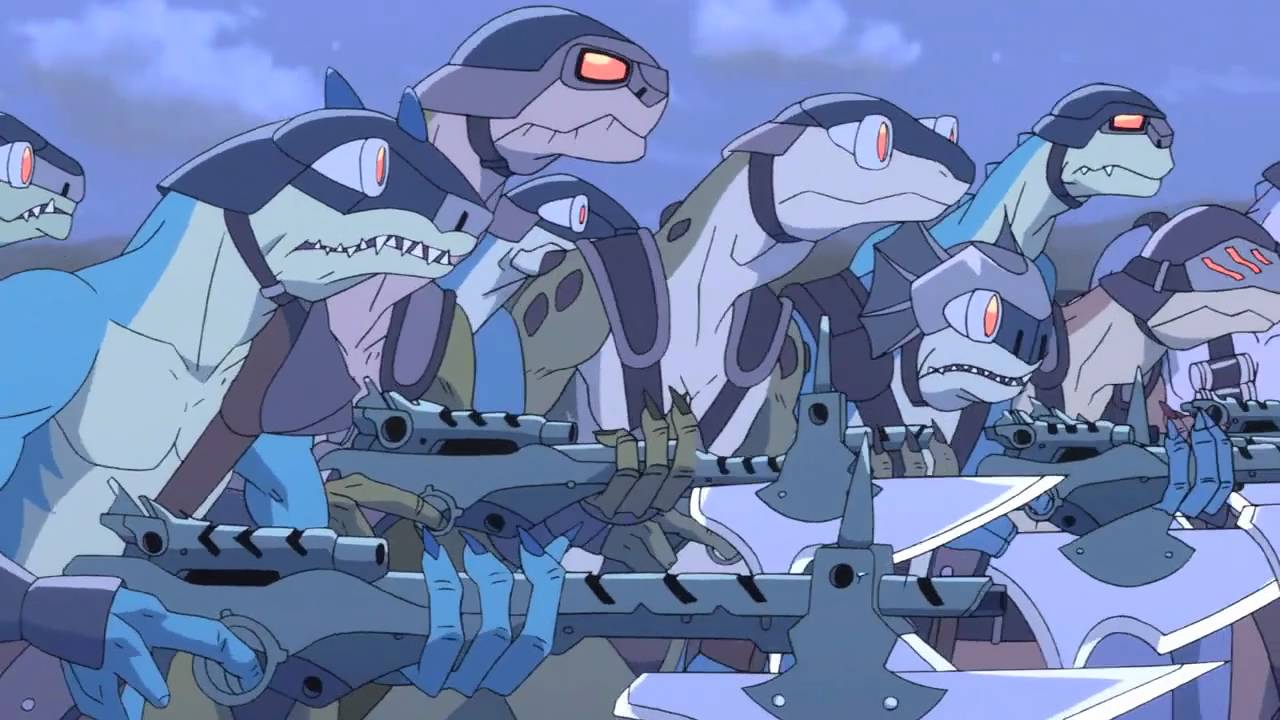 Genres: action, science fiction
Objectionable content: Mild
Plot Summary: The kingdom of Thundera has been attacked by an army of Lizard people. Lion-O and the Thundercats are set on a quest to obtain the Book of Omens to help restore their kingdom’s peace. The team will have to face numerous villians that stand in their way including Mumm-Ra & Slythe. With the Sword of Omens in Lion-O’s possession, he’ll be able to use its powers to fight off the evil that stands before him on his quest.
Number of Episodes: 26
Vintage: 2011-07-29

Warner Bros has start re-releasing the original series again except in 2 disc single sided 12 episode sets. Looking like it’d take them 10 to 11 sets at that episode count per set. I know the first set of the original release was double sided disc. I don’t know about after that.

It’s going to see how the new compares with the old. Hopefully, fingers crossed, it’ll be more than an animation upgrade.

On Saturday, July 16, the original Thundercats will have a mini-marathon of 8 eps starting at Noon ET/11am CT on Boomerang.

I’ll have it up in my TV Schedules & Reminders thread tomorrow.

Since you’re adding that, you might as well add that the new Thundercats premeire will be an hour long.

Since you’re adding that, you might as well add that the new Thundercats premeire will be an hour long.

You should also add that the series will be moving to its regular time of 8:30PM EDT on August 5.

If you go to this http://tv.ign.com/articles/118/1182312p1.html, you can hear some of the music for the new ThunderCats series done by Kevin Kliesch. He did a very good job with the music, in my opinion.

While I enjoyed, and still do, the classic series, I’d like them to take a not everything is “black and white” view of the world. Just from what they show and say in the trailer, I’d like for this to happen:

[details=spoiler]So the show is set on Third-Earth from the get go, maybe that’s because they’ve exhausted their planet’s, Thundera, natural resources, thus necessitating space exploration. Finding TE full of natural resources, and “primitive” indigenous life, they go about colonizing and conquering the planet; thus making their empire one above all others and the scene were the reptilians are chained and slaving away make senses. Eventually, like all conquerors, time passes on and the descendants soon forget, or are taught a more ‘patriotic’ history, all the while the conquered races, some who might have been enemies at one time, soon band together to reclaim their planet.

Maybe the show will be not only about young Lion-O protecting his people but also about learning the truth of the people of TE, and his struggle, both inner and outer, to make it right [/details]

Well, I think that’d be cool. I just hope they don’t cancel it mid-story like they did with He-Man.

I just hope they don’t cancel it mid-story like they did with He-Man.

So what your saying lets hope the toys do well and the don’t make 17 versions of Mumm-Ra and Lion-O that sit on the selves to they clearance them?

It really was a shame the Four Horsemen sculpts for the 2002 series were amazing. The line did not hit with kids though. It did decent I heard with collectors though. Which is probably why Matty Collector came about. Shame the company that is making the stuff seems to be getting the figures made poorly at times. Heard countless stories of stuff breaking in transit or legs just coming off. Should not happen for something that cost more then 3 standard figures.

Oh well back to Thundercats the toyline has both a new line and classic line if I read right so they are at least trying to aim at both kids and adults.

I can’t wait for the 2011 version of TC. I hope CN has another hit on their hands.

Not a bad first episode. The Sword of Omens episode seemed boring but it started getting good in the second half ‘Ancient Power of Evil.’

Betrayals, explosions and the death of Lion-O’s father

I meant to set this to record on my DVR and ended up dozing off last night. DAMN IT!

I meant to set this to record on my DVR and ended up dozing off last night. DAMN IT!

I forgot to set it too. I’m sure it will be on again soon.
Slick

Nevermind, I did record this. Will have to watch tonight.

I just did a quick search, and no repeat of the Thundercats this week. That seems odd to me, and maybe the cable guide is wrong.
Slick

I just did a quick search, and no repeat of the Thundercats this week. That seems odd to me, and maybe the cable guide is wrong.
Slick

TVGuide has no repeat listings for the 2 weeks it shows.
But it also doesn’t have any listings for additional episodes either, so I’m not sure what’s going on with it.

Correction, it has 1 listing for the next episode on the 5th.