Something simple. Slow cooked pork chops with sauerkraut and applesauce. (Papa Maou wanted them, and since he did that big BBQ feast the other day…) 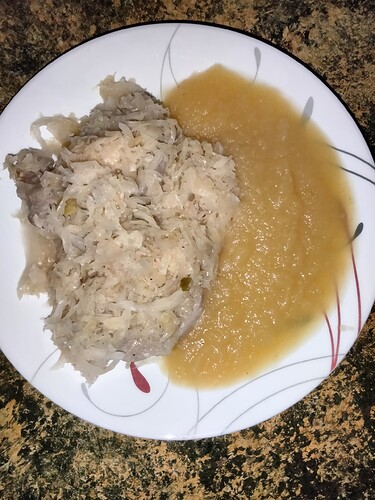 Yami: “Just cause it’s simple, doesn’t mean anything is wrong with it! These pork chops are delicious!

Shrimp and scallop stir fry with a bit of a twist! The shrimp are steamed in the steamer basket of our rice cooker, while the rice was cooking! 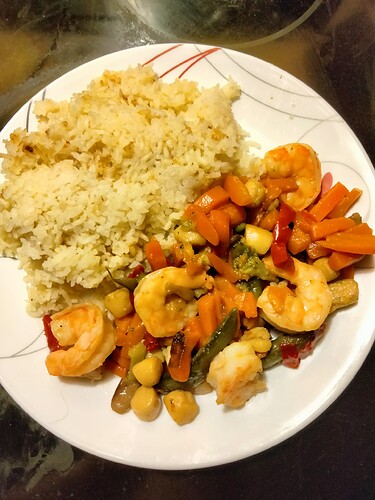 And, for dessert, something I found at the Asian market over on 192: mochi! 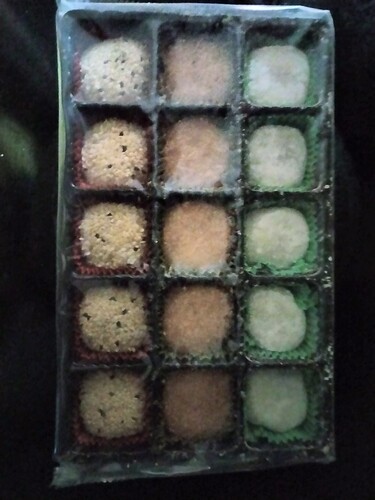 Yami: “This rice is incredible!!! Maou, the veggies and scallops are cooked perfectly!!! And I kinda can’t believe you found mochi in Florida!”

Had to go to the Publix today, and they carry boar’s Head brand meats and cheeses. A good friend of mine was telling me to try the cracked Pepper turkey and Munster cheese from them whenever I get a chance to. So, ordered a hoagie from them while I was shopping. 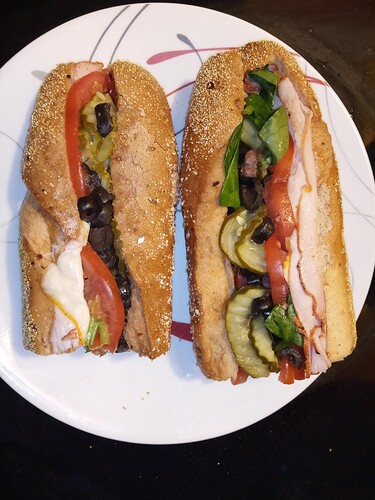 BBQ chicken thighs over rice with corn and green beans! 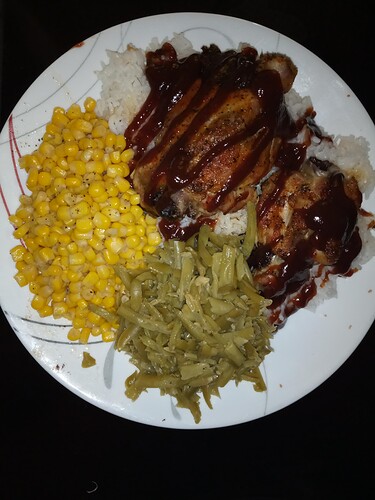 Yami: “So zesty! That BBQ sauce has a nice spicy smoky sweet flavor!”

Hadn’t had these in a long while, so, thought I would make a treat. Crab cakes with Utz Crab Chips! 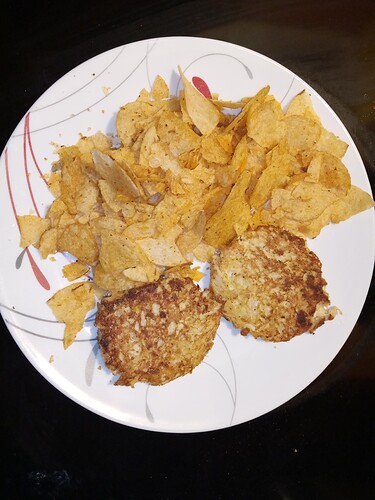 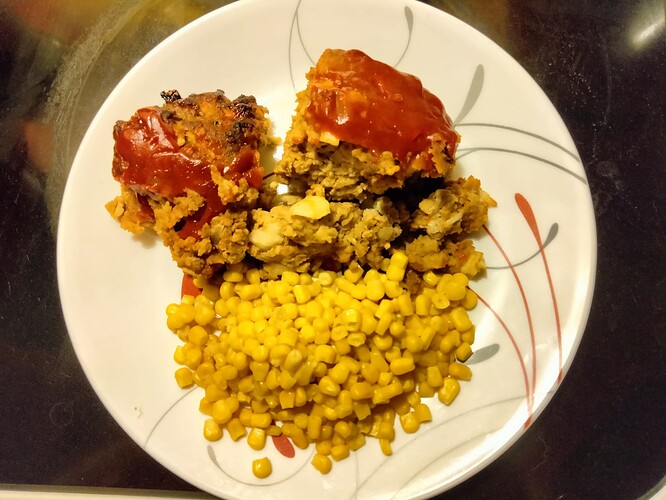 And I want a burger!

Well… Since you asked… 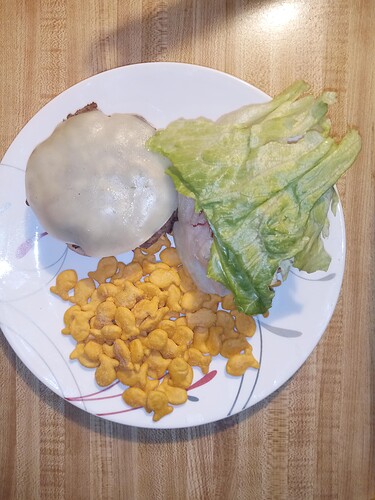 Yami: “Such a juicy burger…

And the old bay goldfish!!!”

Found these the other day, and had to get them! Nikuman!!! 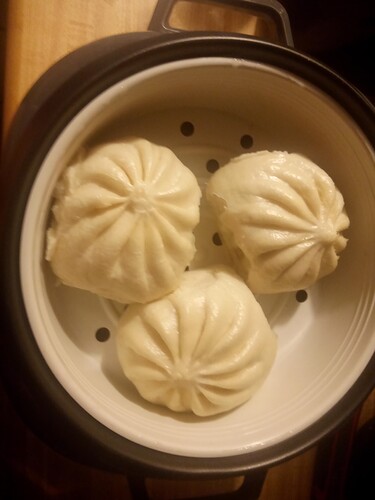 Yami and Mikan: “Steamed meat buns??? Where did you find them???”

Over at Jason’s Best Asian Market on 192. That’s where I got those mochi as well! 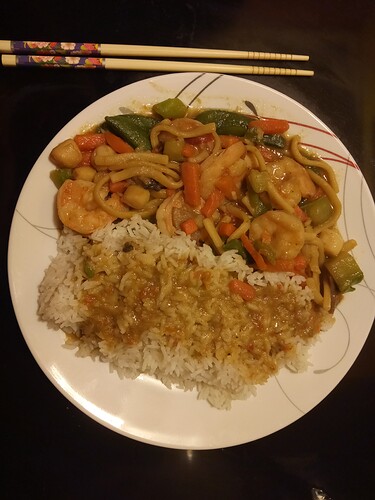 BBQ pork chops with applesauce and a baked potato! 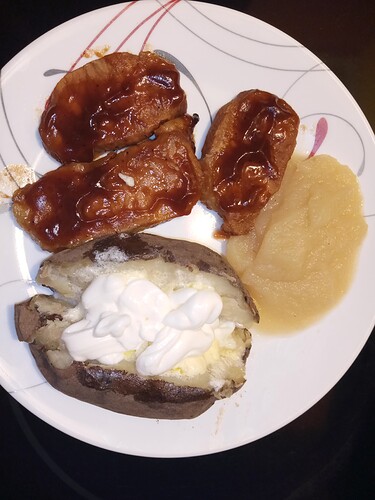 Yami: “You slow cooked this for two hours, submerged in the BBQ sauce??? It’s so good!!!

So, last night, papa Maou made spaghetti. There wasn’t much left when I got off work, mainly the meat sauce, so work with what ya got! Spaghetti sandwiches on rye! 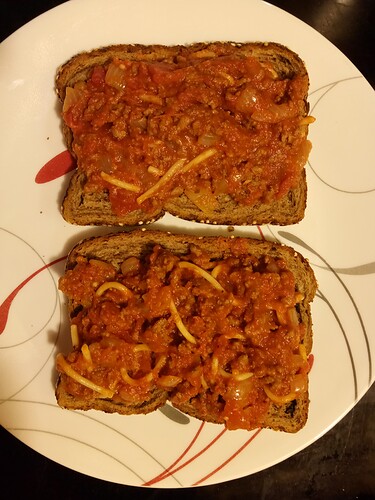 Yami: “It’s kinda like a manwich. Not bad at all!” 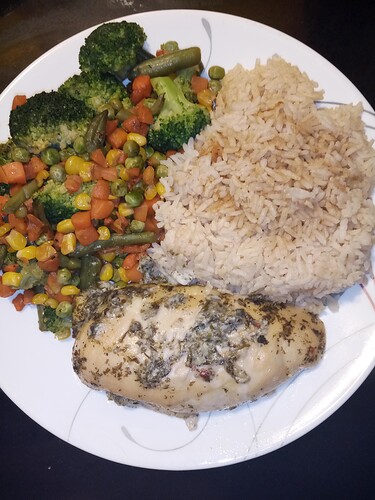 Yami: “The veggies were sauteed a bit, weren’t they?”

Yep! In about a half ounce of hosin sauce!

Yami: “The entire meal is so wonderful!!!

Jerk chicken with rice and broccoli! 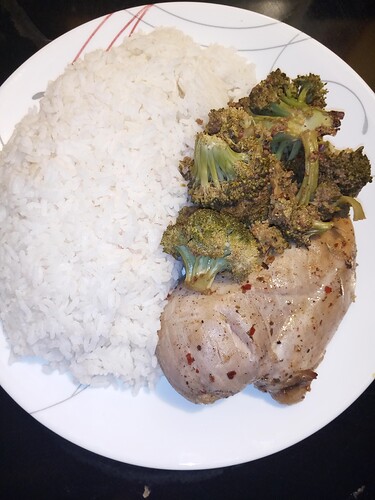 Yami: “The chicken was marinated overnight, wasn’t it? The meat is infused with the flavor of the sauce!!! So good!” 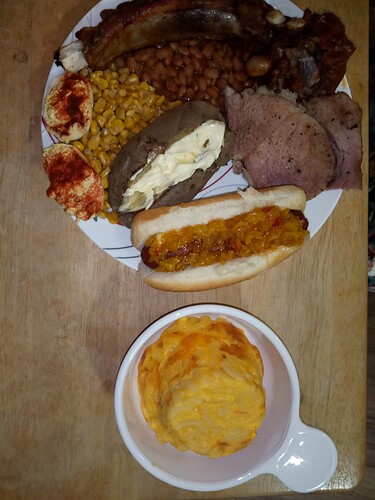 Yami: “Happy 4th of July everyone!”

This is a recipe a friend gave me. A half a box of macaroni noodles, two cans of shredded chicken, a can each of peas and corn, half of a bundle of celery, and she said if I wanted to add my own veggies, I could, so I added broccoli. Mix together with a full bottle of thousand island dressing, and a couple of shakes of parsley and old bay. Finally, serve it after being refrigerated for an hour or two. 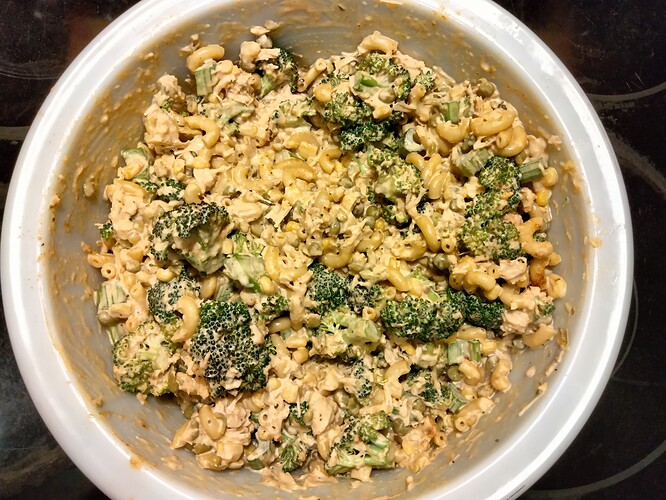 Yami: “Is pretty much a variant of macaroni salad, but no mayonnaise to begin with. It’s not bad at all, and fairly cheap!”

We’ve had several variations on that Macaroni salad. Was very popular at Church & Social gatherings. It transports well and is right tasty, my favorite used a jar of Pimento diced in it. 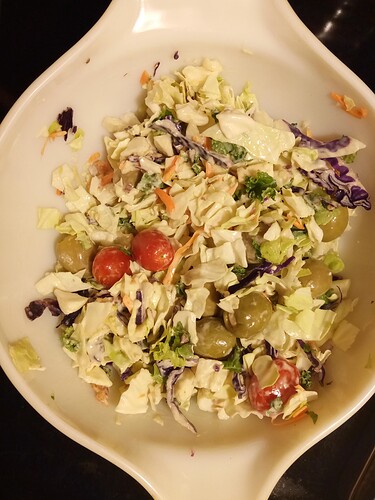 Yami: “The olives have blue cheese in them! So tasty!

A quick lunch before work! Sardine sandwich with cheddar! 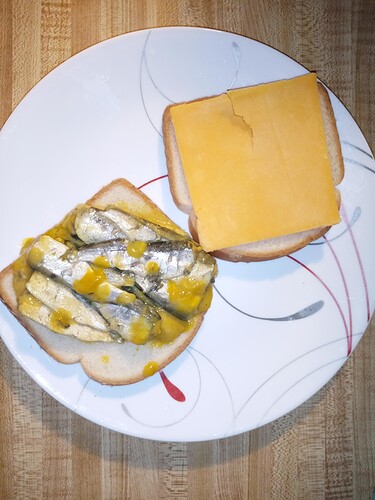 Yami: “They’re the ones in mustard! And yes, we know most people don’t like them…”