You're Under Arrest! / Taiho Shichauzo 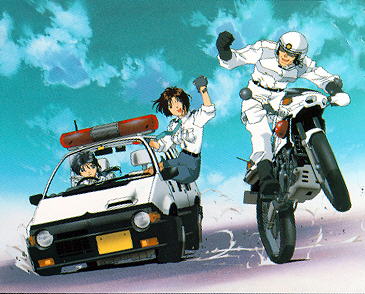 Genres: action, comedy
Themes: police
Objectionable content: Mild
Number of episodes: 52
Vintage: 1996-10-05 to 1997-09-27
Plot Summary: Natsumi and Miyuki are policewomen at the Bokuto Police Station. This story recounts the exploits and adventures they have in dealing with the strange characters they are forced to deal with ‘all in a day’s work’. 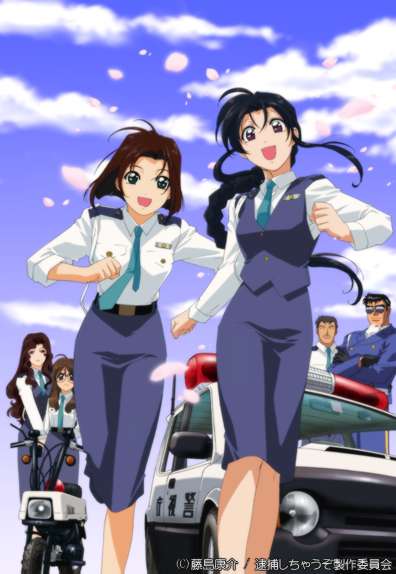 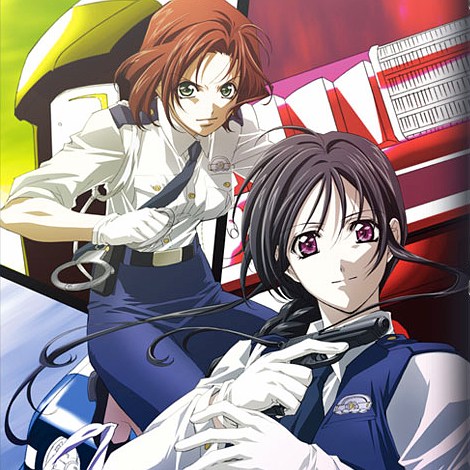 Genres: action, comedy
Themes: police
Number of episodes: 24
Vintage: 2007-10-04
Plot Summary: Miyuki Kobayakawa, fresh from forensics training in the United States, and Natsumi Tsujimoto, from completing Japanese Self-Defense Force (JSDF) ranger training, return in the long-awaited 3rd season of the highly popular series. This time, the duo rejoins active duty at Bokuto Police Department, fighting against crime using their wits and brawn, plus having some misadventures along the way.

This show is episodic, but a lot of fun. I’d say I really like all the characters. This is the show I would watch to turn a bad day into a good day

I am thoroughly enjoying the show! It’s one of my “must watch” shows-I watch it as soon as it downloads from DirecTV on Demand.

I loved everything about the OAV episodes 1-4, from the open to the close! The animators put in so many little touches to make it seem so film-like. Here’s a couple of examples. In the close, as the car drives down the street you see the reflection of the street lights in the windshield. They don’t follow a straight line, they curve as the car passes under each light. That’s to simulate the curvature of the windshield. They must have studied film of a similar car driving down a street at night. The other example from the close is the shot with the “Don’t Walk” sign in it. When the camera pans left, there’s a red smear as the camera moves off the light. This is not so much film-like as it looks more like a night shot with a tube-type video camera. The red tube experiences a bit of burn-in and smears when the “camera” pans off the sign. As one who has worked with tub-type video cameras, that looked very realistic!

However, I have one question about episodes 5 and on in the first season. Was the graphics department off to Siggraph or something when those episodes were posted? I mean, there are absolutely NO graphics at all in episodes 5 and on. No graphics in the open, no graphics over the close-not even a graphic on the page where the episode title is (supposedly) displayed. Now I know they can’t recall all the DVDs that are missing the graphics but it would be nice to have a version with the missing graphics restored.

I liked all the little details in those episodes as well - definitely added to a great show!

And I just have to say that -

How awesome would it be if the girls from YUA teamed up with the guys from Get Backers?

What this series needs now is a character straight from “Boys Don’t Cry”.

Talk about a head spin for someone who walks in on that and the other cop.

here’s the deal: I freaking OLEV patlabor. It’s one of my all time favorite shows. This show kinda looks like it has that patlabor feel (story and character-wise). Is this a correct assumption.

ALSO - wouldn’t it be awesome if there was patlabor to be watched on the online player? Just saying…

It’s strange, my friends have all told me this show is perfect for me, but I never tried it. Guess I will now though.

here’s the deal: I freaking OLEV patlabor. It’s one of my all time favorite shows. This show kinda looks like it has that patlabor feel (story and character-wise). Is this a correct assumption.

ALSO - wouldn’t it be awesome if there was patlabor to be watched on the online player? Just saying…

It’s strange, my friends have all told me this show is perfect for me, but I never tried it. Guess I will now though.

You’d dig it the most.

I fell behind a little bit, but for episode 17 -

Well, they were cute, but…

Hi, i want to ask, do third season (full trothle) is the end sesaon of the series you’re under arrest, or is going to be some new meterial someday?

Agree it was a touching episode. I got excited to see if she would break the record.