I hope they decide to continue it! 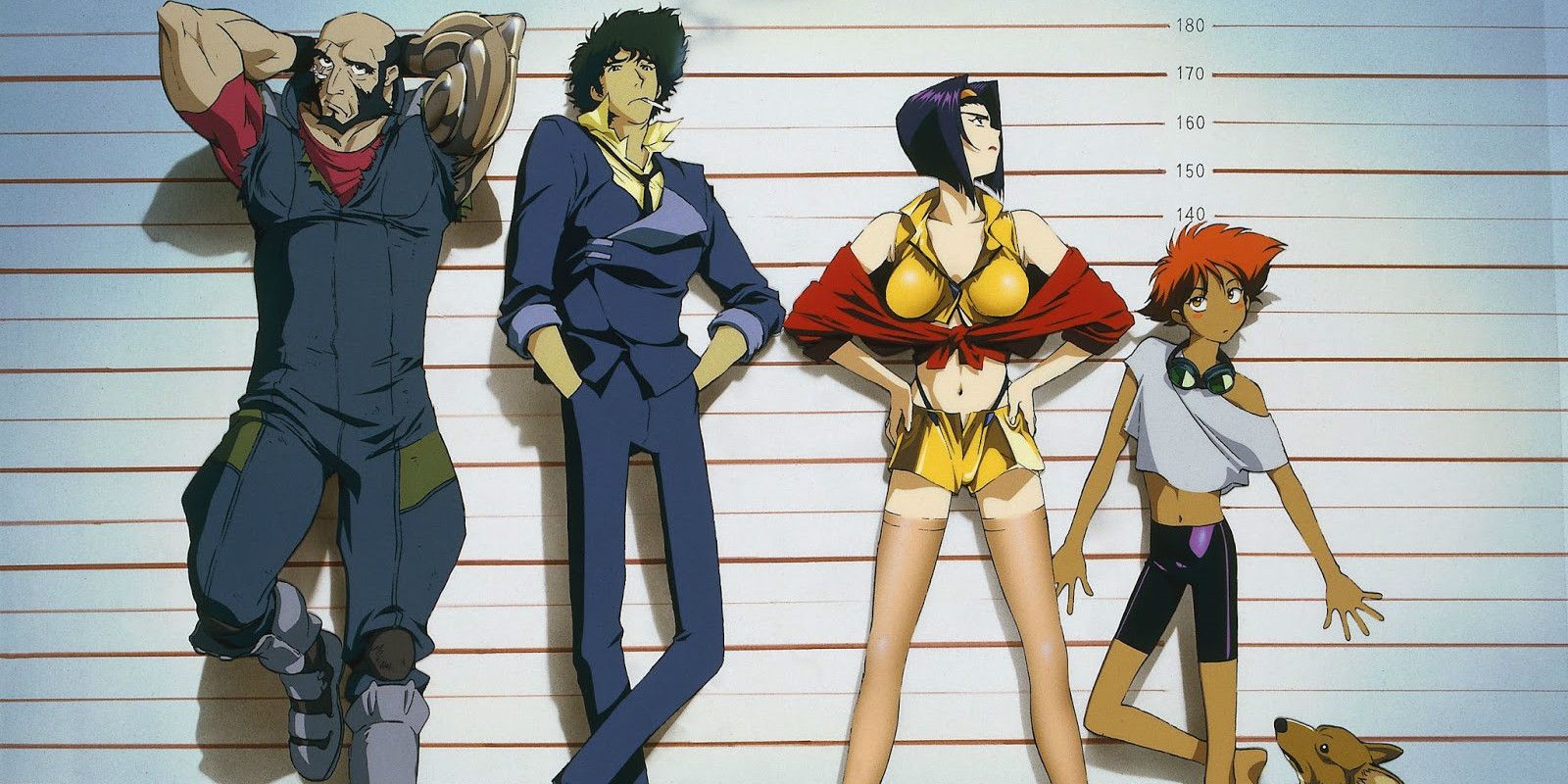 A character breakdown has appeared for Netflix's live-action Cowboy Bebop.

Also, they’re casting Vicious and Julia when this is only going to be a 10 episode series? Won’t that be pretty rushed? As I recall, in the anime those characters only really came out in the final episodes, and weren’t there for the bulk of the show for all the episode-of-the-week hijinks?

So maybe they’ll do away with the episode of the week hijinks and get at the meat of the series, plus more than likely each episode with be +/-50 min. - about 2 1/2 episodes of the anime. Or like the anime they may be teased in the live-action for a potential 2nd season if it gets the views/subscriptions.

more than likely each episode with be +/-50 min.

That’s pretty likely, I agree. It’s also concerning as many of these Netflix shows that I’ve seen go for episodes that are 50+ minutes long wind up with bloated episodes that seem to drag on too long.

From what I remember, basically every Bebop episode goes: the crew is flat broke, they take a bounty and, just before making a big windfall, zany hijinks ensue, causing them to wind up broke all over again. I wonder how Netflix will handle that without the pacing slowing down or it seeming too repetitive.

'Luke Cage' actor Mustafa Shakir is also part of the crew in the series adaptation of the anime that will have its first two episodes directed by Alex Garcia Lopez.

Nowadays I hear a lot of flak directed at Hollywood for not casting appropriately, based on race and disability of the characters portrayed.

For example, The Upside was lambasted because Bryan Cranston isn’t actually quadriplegic. And of course, Ghost in the Shell was savaged because ScarJo isn’t Asian.

So now, I’m confused about this casting as Jet Black’s actor is not missing an arm, Faye Valentine’s isn’t Asian, and Spike’s isn’t a Martian.

Shame on you Netflix, shame.

Well NetFlix didn’t wan to whitewash an anime, even though the anime itself makes everyone from 20s era American but set in the future, Dick Tracy, and all those people… so they had to cast a variety of skin colors and countries of origin.

When i first heard of a Live-Action Cowboy Bebop i figured it would be CrunchyRoll behind it looking at the cast, probably headed by the High Guardian Spice krew, but it seems it is instead headed by the She-Ra and Princess of POWAH crew instead.

people too pathetic to create their own worlds and works, and just “diversify” everything they can put there hands on what has a fanbase, because fans shouldn’t be allowed to have anything, those filthy dirty Asians for not having every show full of :people of color: but having all “white people” in them.

DBE, and GitS was bad enough, and I think there was a failed Death Note also… now Cowboy Bebop gets thrown onto the pile of Hollywood screws up other peoples cultures to be able to claim the moral high-ground in the west against whites.

can i coin the term “West-washing” for what these SJWs are doing to anime and gaming now from the East for al these years? which is actually worse than when it began with 4kids removing the one and only black pirate from One Piece.

Calling it now, Edward will be a boy and Ein will be a sugar glider.

if these people dont like the IP they are working with, then why are they even working with it in the first place?

When asked about concerns related to fan backlash, Netflix’s spokesperson replied with “Just like the genre the show is named for, sometimes it’s better to do what’s unexpected, what’s never been done before. (sic) This is the ethos of Bebop, and we’re being true to that. We’re confident true fans of the show will embrace this choice.”

Netflix is aware that it is remaking this, right?

…I’m also not buying this “True Fans” argument: I didn’t like how Netflix’s Lost in Space turned Doctor Smith from a complex character into a one-dimensional psycho, but I’ve still got my LiS fan card right here, Netflix hasn’t come to collect it yet

it doesnt matter what it is, you arent a real fan unless you blindly buy everything with the brand’s name on it.

Star Wars, Star Trek, She-Ra, Ghostbusters, Cowboy Bebop and every other live action remake of anime… they just want to capitalize on the popularity of the name, and the fans should just accept any new thing they throw the name on to.

That isn’t how a fanbase works.

Fans don’t want remakes or reboots. it sort of worked for FMA, but it wasn’t really a remake or reboot, just a different universe i guess? But Cowboy Bebop can only work within its own scope. it could go beyond the final 3 episods so the syndicate and farewells arent had for the adventures to continue, but

didnt work for Star Wars: The Last Jedi or Rian Johnson, and it turned She-Ra into gay “shipping” fanfic. that isn’t really appropriate for the age range it claims is its target audience.

‘She-Ra and the Princesses of Power’ Is Funnier, Queerer, and Better Than...

Noelle Stevenson’s story of love and self-acceptance has unapologetically become its own piece of art in Season 2.

fans like something because what it does. Cowboy Bebop already did something that “wasnt done before” that is what made it stand out. changing that then what are you really making?

why are you putting the name “Cowboy Bebop” on it?

Ein is a corgi.

It’s not too late for Netflix to just cancel this.

Alternatively, it’s not too late for Japan to Just Say No.

Is there any reason to have hope that Netflix will not turn this into a travesty?