Genres: action, drama, horror, romance, science fiction, thriller
Themes: alien, Alternate history, fanservice, gore, mecha, war
Objectionable content: Intense
Plot Summary: In 1973, an invasion of aliens known as BETA landed on Earth and began driving human civilization into nearly collapse. Facing an enormous mass of enemy force, mankind developed large humanoid arms called as Tactical Surface Fighters and deployed them to its defense lines through out the world. However, all those efforts could slow down defeats but could not stop BETA, and mankind is forced to abandon major areas of the Eurasian Continent. For 30 years, mankind is bogged down in an endless war against BETA without any hopes of victory. Yui Takamura, a TSF pilot of the Imperial Royal Guards of Japan, is given responsibility to develop the next TSF unit and sets off to Alaska. Meanwhile, Yuya Bridges, a TSF pilot of the U.S. Army, is heading to the same destination.
Number of episodes: 24
Vintage: 2012-07-01 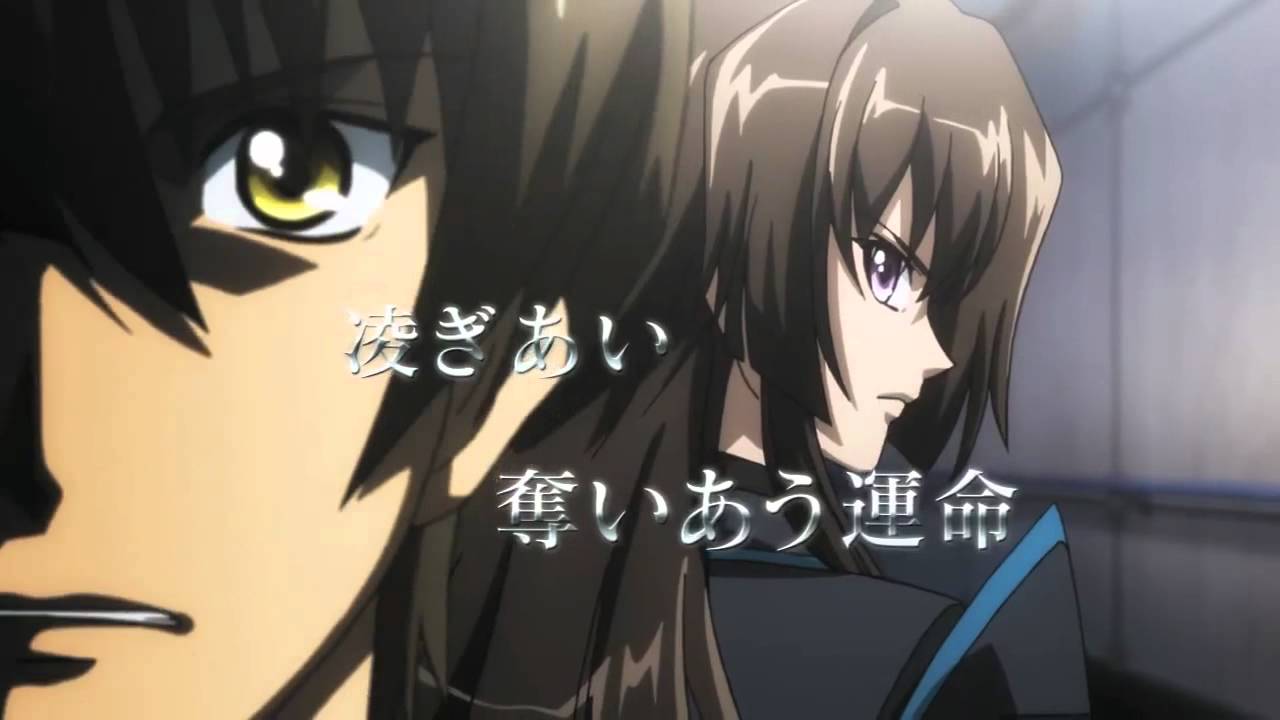 Genres: action, drama, science fiction
Themes: mecha, war
Objectionable content: Intense
Plot Summary: Germany was divided into East and West after WWII, where citizens of either treated the other side as enemies. In the midst of Cold War, however, the Earth was invaded by an alien life form landed on Kashgar, Xinjiang Uyghur Autonomous Region, known as “Beta.” Now, ten years after the first contact, East Germany, formally German Democratic Republic, has become the front line.
Number of episodes: 12
Vintage: 2016-01-10
Opening Theme: “white forces” by fripSide
Ending Theme: “Kanashimi ga Jidai o Kakeru” (Sadness Runs Through the Times) by Zähre 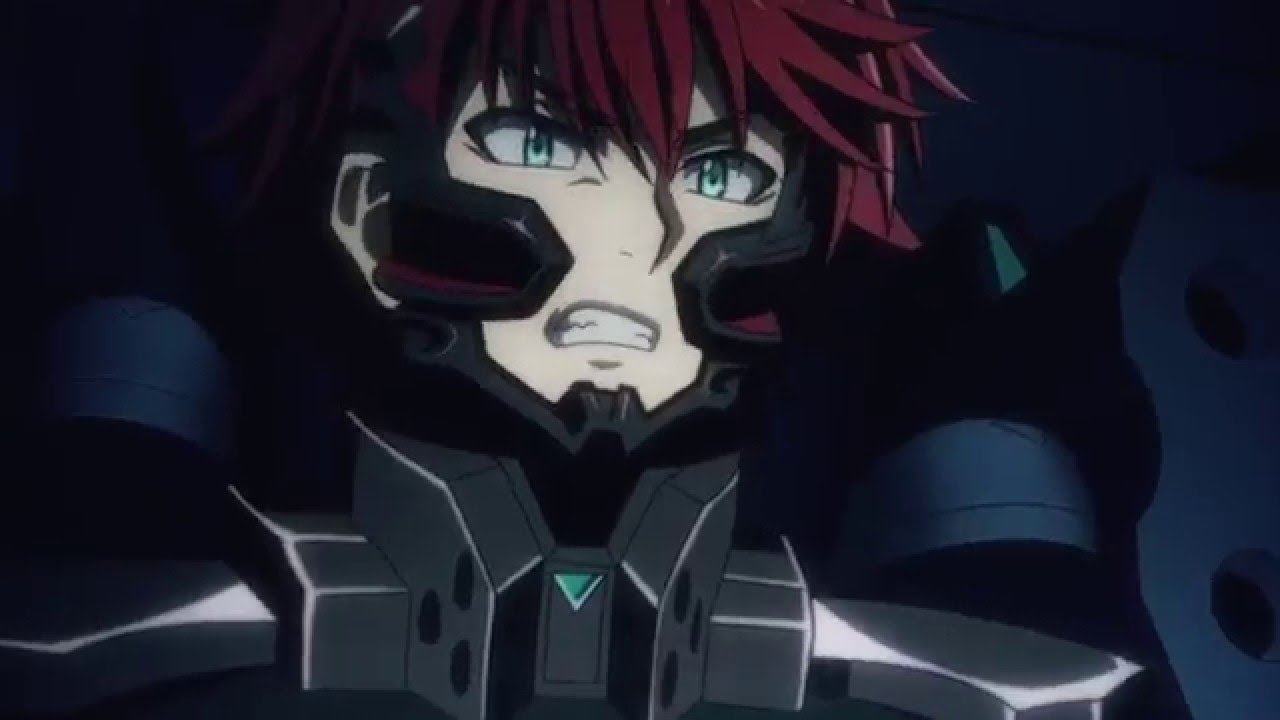 I got really caught up in the first episode! I have to feel bad for these barely trained girls being sent into battle with aliens. But it was very exciting. I hope it continues to be so!

Episodes 1 & 2 weren’t for me, but after reading reviews that episode 3 featured an American character and had “updated” the female characters so they looked more age-appropriate (I watched Clannad, ef, and Higurashi. I’ve had my fill of de facto lolis) I jumped in and saw and enjoyed ep 3.

Despite being from Nepal, the bratty younger pilot who is paired with the Italian guy looks and acts like a typical Chinese character in anime. She could practically be swapped into Infinite Stratos in place of the Chinese girl there and we’d never know

In episode 4, how the hell did the main character walk from his base to a secret, sovereign Soviet base?! I thought that they were in Alaska??!

Ep 4 does show us why humanity is losing: they have the United Nations. Even in an alternate universe the UN is worthless. I’m sure Hans Blix’s “angry letters describing how angry we are” have compelled the aliens to back off

Which reminds me, they needed some more “battle sounding” music for their fights, and they could stand to have made the Team America Theme the opening to the series. It needs an appropriately upbeat and pro-America song, and there isn’t much more jingoistic than “America, Fuck Yeah!” After ep 4 I wouldn’t be surprised if they managed to work in the Patton line about “the mind of the Asiatic is devious and cannot be trusted.” They pretty much said the same things, and it was strange seeing “racial slurs” in the crunchy subs; I wonder if they’ll make it to the dub.

I can’t be the only one who thinks that the moe bitch Japanese lieutenant could stand to turn down the over the top bitchiness, can I?

Any news on anyone picking this up?

Any news on anyone picking this up?

This show is, IMO, alright in Japanese, and while I’d like to see the backlog of Sentai/Funi/other licensed-yet-undubbed titles dubbed, after seeing how hilariously awesome Infinite Stratos became with a dub I wouldn’t mind if a company out there were to hold off on those dubs a bit longer because they’d licensed & dubed Total Eclipse ASAP.

The day that the Sentai forum was down, Sentai released the mother lode of info. It felt wrong to first be notified of this via Crunchy. Nice to see the long-standing rumor confirmed at last, though I wish that they were “Maid Sama”-ing it and releasing it in one omnibus release. Hopefully the dub will ameliorate or eliminate what I considered to be flaws with the show.

Note to Sentai: If you don’t put lines in here on par with the “Color Filter” line in Golgo 13 then there will be much disappointment; crank the Fosterization up to 11

I also didn’t get a Sentai Filmworks newsletter about this…?

Collection 1 cover art has been posted.

Looks like the bluray buyers got shafted on the disc cover art again.

I’m hoping for good things from the dub, but my hopes might be unrealistically high as I know I’ll hold it to the standards set by ADV’s twilight-era scifi dubs like Moonlight Mile and Coyote Ragtime Show (both dubs that eschewed faithfulness for goodness; c’mon Sentai, channel that ADV magic).

I’ve preordered this bluray but 2 recent Sentai releases (Log Horizon & Infinite Stratos 2) have set the precedent that by the time RightStuf gets 'em to me I’ll have missed the boat, so to speak, with the dub. Gotta help a bro out TAN

These episodes are now listed as FREE!

So the dubbed episodes are listed as Premium, right?

So the dubbed episodes are listed as Premium, right?

There are only subtitled episodes on the Online Player.
(Unless you’re being facetious…)